As mentioned near the beginning of this review, those who really want to dial in the sound being produced will want to install the included drivers from the mini-CD. After restarting the system, a small red icon will be displayed in the System Tray while the headset is connected. Double-click it and up comes the options, which avid readers of Techgage may be familiar with right from the start.

The audio engine used here is from Xear 3D and the GUI of the driver is broken up into different sections. The main settings allow users to switch between how many channels make up the initial input and then how many channels they want it to be broken into as output. 2 channels should be enough for music while movies and games can be setup to take full advantage of the surround sound capabilities.

Another feature available is 7.1 virtual surround sound, which adds two additional bass channels and allows users to set the virtual position of each speaker to tailor the output that much more. On top of that, each channel can have the volume increased or decreased. 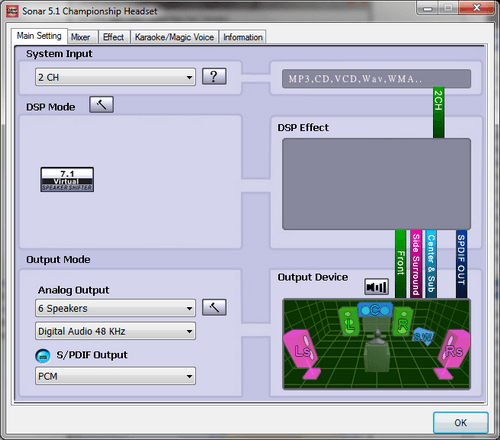 The driver also features a mixer section to increase or decrease the levels of the playback and recording devices or mute them all together. Whether done through the driver or within Windows, the end result is the same. The Effects tab yields an equalizer that features some preset configurations as well as the ability to load or save any custom settings. There is also the option to add effects, which to me simply seems like a gimmick. Clear sound takes precedence over making it sound like the signal is coming from a bucket. 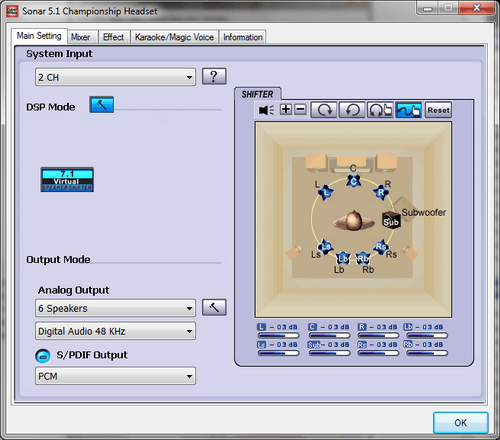 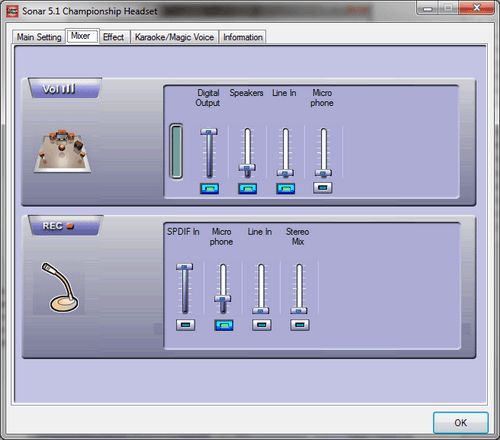 Speaking of gimmicks, there is also a Karaoke and Magic Voice option. The most notable feature is the ability to increase or decrease the pitch of the user’s voice. Yes, it might be fun to sound like there is a helium leak or that you are the illegitimate love child of Darth Vader but the novelty would wear off quickly, for me at least. 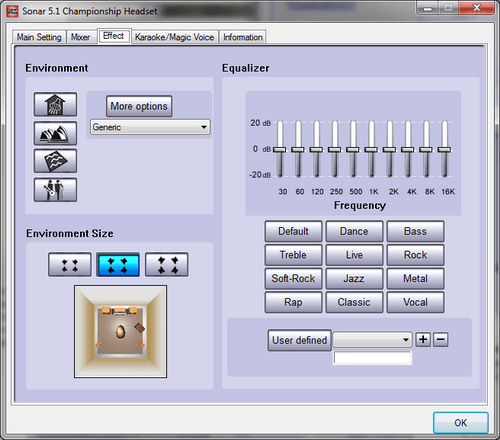 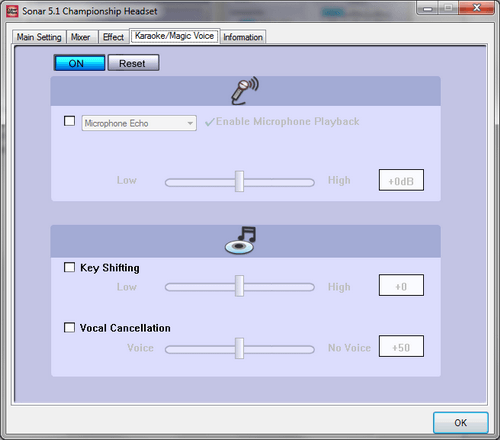 So far the Sonar 5.1 Championship headset looks solid so I’ll wrap this up with some music, movie and gaming tests.