Starting with comfort, I love this headset. I’m 6′ 3″ and have a fairly large head and ears but I felt no fatigue after wearing the headset for a 3 hour gaming session. The cups, while small by comparison to some models, are large enough to cover my entire ear and the padding does an excellent job of absorbing the clamping force of the headset.

The microphone presented excellent quality in game according to a friend during a daily Battlefield: Bad Company 2 romp. Just as before I used Windows’ Sound Recorder to judge for myself. While making a small sound file I sat about a foot away from my case and typed away. All that came through was the occasional loud click but other than that my voice was clear and crisp with no interference from anything in the room.

There were two small issues that I found with the microphone, though. One is that the end of the arm that connects to the swivel on the cup was a bit weak. When moved up into position it would fall down slightly instead of staying exactly where it was placed. The second is that the arm is quite short and does not come all the way around to my mouth. Due to this, I noticed that I had to speak a little bit louder than when using my every day headset. 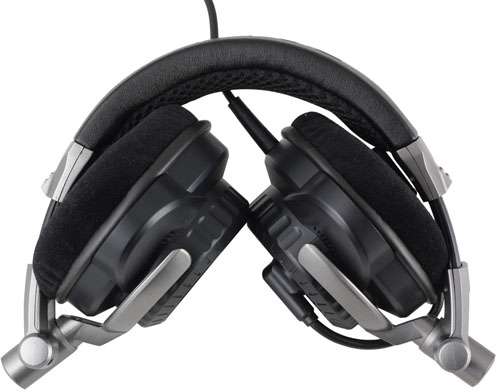 For music quality I went back to the same tracks as on my earlier review but problems started to arise. Tracks by Pearl Jam, Alexisonfire and Pendulum were very good for the most part. The highs were crisp and the lows were very full, but they experienced the same washed out mid-range as with Arctic’s headset.

Fear Factory exposed what I feel to be a major flaw due to their frequent usage of the bass drum (thank you, Gene Hogland). In between very fast bass drum hits, a hum could be heard. It sounded as if someone was playing the same note on a bass over and over in between hits even though there were no instruments other than the drums. This may stem from the headset trying to produce too much bass in order to really give a pounding delivery. The only way to fix this was to reduce the bass so much that it took a lot away from the music.

Since most users will likely watch movies while wearing the Sonar headset, I fired up Transformers again. It seemed like the explosions hit even harder than before with various sounds being well placed once the media player was configured for surround sound.

Further positional testing was performed with a run through the jungle map of Call of Duty: Black Ops. Just as before I was able to tell where the action was from explosions and gun fire that happened outside of my field of vision. Metro 2033 was called on once again to make me jumpy and again it delivered thanks to the Sonar. Sounds coming from behind me were clearly discernible and had me spinning around to see if something was in need of a diet rich in bullets. 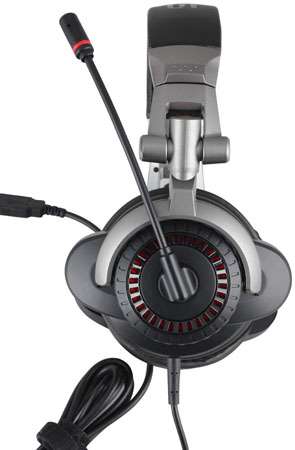 Throughout the three types of tests there was a constant issue with the amount of vibration being created. It bordered on annoying and the only solution was to either reduce the bass or reduce the volume to such a low level that it was no longer fun to listen. Before anybody jumps all over me, my other headset does create vibration as well thanks to the subwoofers but the amount created is less than that of the Sonar, even with the volume on full.

If I could combine the Sonar 5.1 Championship with the Arctic P531 I reviewed before, I’d have the ultimate in my opinion. The Sonar scores huge marks in the comfort department while it falls short on sound quality in some instances. It made listening to bass-laden music, movies and games a near annoying experience due to the excessive amount of vibration created. Clearly, this headset is geared towards gaming where constant or rhythmic sounds are not usually present. In this regard it is excellent if the amount of vibration is acceptable to the user.

It’s a good headset but not great, especially at $80 US. I was not able to find a Canadian retailer that carried it and only one in the US so it looks like availability is scarce at this point.