Defiance Review: Resistance is Not Futile

When entering the world of Defiance for the first time, it’s wise to take everything you know about MMOs and purge it from memory. This is a game that strives to be a bit different, and the fact that the entire game can be completed solo and has no leveling system is a good hint to that. But the important question: is it worth your time?

What do you get when you take one part sci-fi TV show and one part MMOG and toss them both into a blender? A strange way to open a review of Defiance, that’s what.

From the folks who brought us Rift and End of Nations comes an MMO that takes place in the not-so-distant future on the planet we all call home (that’s earth for those not paying close enough attention). Although we enter the game in the year 2030, the story begins in the present day. As you’d expect from a sci-fi themed game, aliens are involved.

Votans, the primary alien species in Defiance, came to earth in 2013 after their home star system suffered a stellar collision. While they believed that the planet was uninhabited, it obviously wasn’t, and before long, they were greeted with hostility. After ten long years and right on the verge of a peace treaty being completed between the two species, a human supremacist assassinated the Votan’s UN ambassador. Over the course of the next seven years, the Pale Wars tore the planet apart. 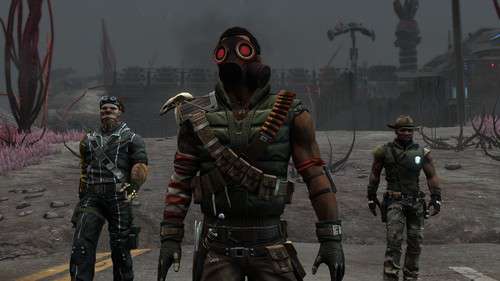 That brings us to 2030, when an Ark fleet roaming in space mysteriously exploded, killing millions of Votans. The Votans accused humans of causing the mess, while the humans claimed it was the result of experimental alien technology gone awry. Whatever the cause, the result is a constant flow of Arks falling from the sky, resulting in “Arkfalls” – instanced battles that I’ll talk more about later.

As alluded to above, Defiance is both an MMO and a TV show. The show broadcasts on the SyFy network, and has had decent enough success already to warrant a second season for 2014. For an MMO gamer, I can’t imagine anything cooler than having a TV show based around your game – and vice versa. If you happen to like the game, you’ll very likely enjoy the show.

After looking through the screenshots for the game, don’t feel bad if it happens to remind you of Halo. Everyone else has thought the same thing. However, apart from some familiar terrain and outfits, both games share little in common. At the same time, Defiance is hardly a typical MMO. 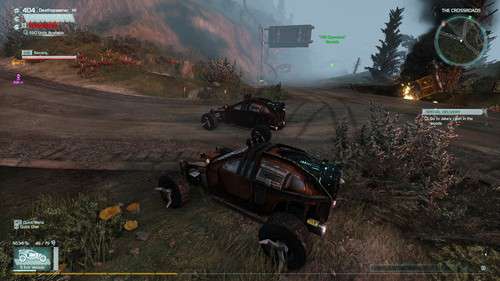 The vast majority of MMO games out there hinge on one important game mechanic: a leveling-system. It’s what keeps people coming back as much as possible – to gain levels, gain new abilities, gain access to new content, and so forth. In Defiance, there’s no leveling system – enemies have no levels, and you have no effective level.

This enables Defiance to be more of a “jump-in-and-go” MMOG, one you simply don’t need to dedicate a ton of time to in order to succeed. That’s not to say that grinding is useless, however – it’s effect is just virtually non-existent compared to most MMOs I’ve played. As you progress your “EGO” rating (see? not “level”), you gain EGO points that can be used to gain access to the four main skills in the game (Overcharge, Blur, Decoy and Cloak), along with 80 “perks”. Each EGO level gives you one point; the four main skills can be leveled up five times, and the perks, three times. 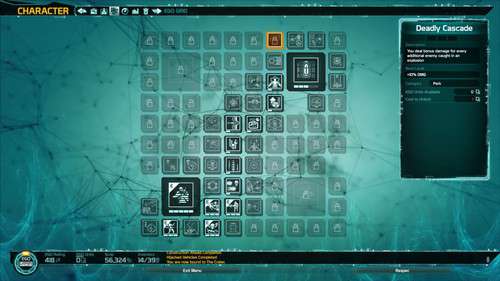 Thanks to this design, any new player can become effective very quickly, and because all enemies on the landmass are effectively the same level, this new player would be able to team up with someone who’s been playing for months and still be pretty effective. This, to me, is one of the true highlights of Defiance. Whenever I’ve done a co-op map or showed up to an Arkfall, I never felt inadequate. I found equipment I liked, became good with it, and performed well (if I do say so myself).

With all that’s been said so far, it probably won’t surprise you to learn that Defiance isn’t a complex MMO. Far from it, in fact. There’s no crafting system, for starters, though a simple weapon modding system exists (it’s a matter of applying a mod found through questing or looting to an available slot on a weapon). While weapons have damage values, you’re not going to see great variance between them – this is what helps keep newbies powerful enough while preventing skilled players from being overpowered. There’s no “armor” in game, just outfits which carry no defensive or offensive properties. In a way, this is a blessing – it means you can wear whichever outfit you think looks best, rather than what’s most functional.

Not long after starting your adventure, you’ll earn your first vehicle. Here lies another shining feature in Defiance: you can spawn your vehicle with minimal exceptions – you can’t spawn them in dungeons, and after your vehicle explodes, a small timer must expire before you can spawn another (about 10 seconds). This ease is for a reason though. The landmass in Defiance isn’t large by any stretch, but traveling it on foot would get old, fast. Being able to spawn a vehicle wherever you need to allows you to traverse the terrain quickly and efficiently, and boy is it satisfying to be able to do so. 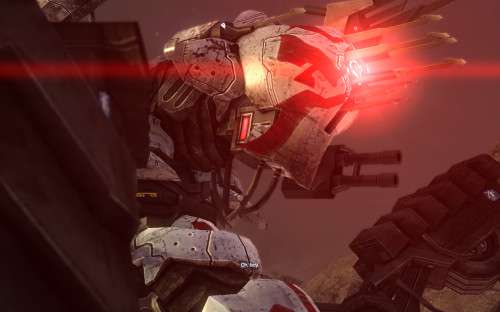 In terms of gameplay, Defiance is again quite different from the rest. “MMO” might mean “massively multiplayer online”, but Defiance could be treated as a single-player game just fine. In fact, this is one of the biggest downsides of the game – there’s almost no community whatsoever. It’s rare when you see people chat, and when they do, it’s probably because you’re not helping with triggering a co-op quest flag, or because someone needs to be resurrected. To some, this is going to be off-putting. After all… this is an MMO.

Because I’m a bit of an unusual gamer, this doesn’t bother me too much. Usually, I like to drown things out and just kick some ass. Even if there’s not much chatter going on, however, there’s always people to join up with for some Arkfall duties, and rarely I’ve been left to die when people are around. Clans are available in the game, but I’m truly unaware of the bonuses they offer aside from being able to sync up with people quickly. There are no “Raid” bosses; just Arkfalls and missions.