Defiance Review: Resistance is Not Futile

When entering the world of Defiance for the first time, it’s wise to take everything you know about MMOs and purge it from memory. This is a game that strives to be a bit different, and the fact that the entire game can be completed solo and has no leveling system is a good hint to that. But the important question: is it worth your time?

On the topic of Arkfalls, anyone who’s played Rift will understand the mechanics of these. Randomly, a piece of an Ark will fall to earth, at which point a battle will ensue. There are multiple Arkfall types in the game, and I won’t exhaust their descriptions here. Generally speaking, you need to eradicate the center (largest) target by aiming for their weak spots that are opened with the help of the hellbugs gnawing away at them. Rewards for completing Arkfalls can include XP, some currency and random gear.

When not participating in a co-op map or an Arkfall, three mission types can be tackled: main, episode and side. Each of these is pretty self-explanatory. The main missions may have little to do with the TV show, but episode missions do. Side missions are minor in comparison to either of these, but are great for leveling up and gaining currency. Main and episode missions are mostly a matter of going to one point and completing a quest, and then continuing onto the next point, right up until the end. 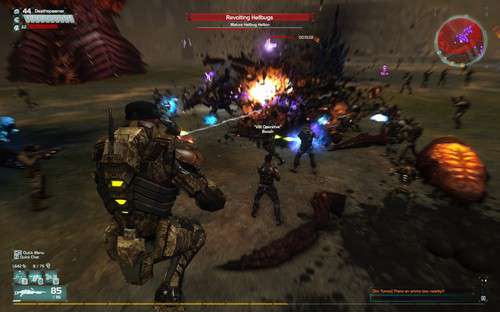 The game offers a number of events to complete as well, including Hotshot (kill off as many enemies as possible before your ammo runs out), Rampage (ditto – except it’s death that ends you), and Time Trial, the game’s race mode. Overall, there’s quite a bit of variety here, but there’s one thing we haven’t yet discussed: PvP.

At any time, you can get into queue for a competitive or Shadow War match. Competitive is simply a deathmatch scenario where one team is against the other, while Shadow War is a domination match where your team needs to hold more points for the most amount of time in order to secure the win. Rewards from Shadow War matches include Echelon credits, which can be used to purchase special equipment and outfits. 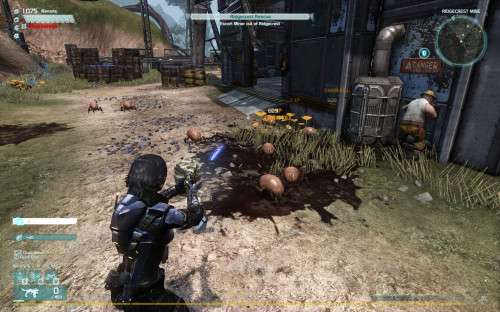 MMOs are typically complex, but not Defiance. In a mere 1,400 words or so, we’ve virtually covered everything important about the game. So let’s tackle other miscellaneous things, shall we?

For those who enjoy action games like Halo or Borderlands, there’s a good chance you’ll also like Defiance – as long as you don’t go into the game expecting the typical MMO experience. Few people talk, and the entire game can be completed by your lonesome. Like Borderlands, enemies increase in difficulty as more people join in. Having friends around definitely makes certain things easier, but it’s not required. Even minor Arkfalls can be soloed if no one else decides to show up.

In some regards, Defiance is a great MMO for those who don’t have time for MMOs. You can play a couple of hours a week and be content, and because there are no subscription fee, you’re not wasting money. In all, I’d estimate it took me about 60 hours to complete every quest the game offered me, leading up to the TV series launch. Not a ton of gameplay for an MMO, but if you’re a dedicated player or happen to love PvP, you won’t run out of things to do anytime soon.

With the TV series comes new quests, which are rolled-out as each new episode is. So far, few of these quests have had much to do with what’s been seen in the show, but they’re great for leveling up and earning special currency. On occasion, official episode missions get added to the game which actually introduce new character dialog and a worthwhile story. 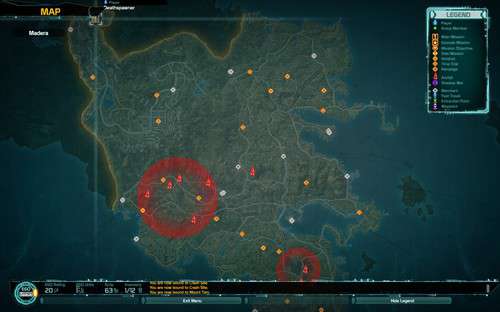 Personally, I quite like Defiance, and would recommend it to anyone who loves shooters and likes the idea of an MMO that they don’t have to sink a ton of time into. I’d almost be willing to give the game an Editor’s Choice award, too, but at the current time, I must hold-off due to the sheer number of maddening bugs that the game unfortunately has.

I won’t go into extreme detail here, but especially right at launch, the number of bugs in the game was jaw-dropping. It’s clear that Trion had to rush the game in order to align its launch with the TV show… that’s great for publicity, but horrible for the gamer. The third night I played, I got booted and lost two hours worth of progress. Why an MMO is designed in such a way that you can lose more than 5 minutes worth of progress is beyond me, but the kicker? It only affected a couple of people, so it wasn’t a server-side rollback.

Depressingly, a server-side rollback did occur weeks later, but instead of affecting me, it affected our own Jamie Fletcher. Admittedly though, this is all very rare, but the fact that it has the potential to happen is a little disconcerting. I’m sure Trion will work out all of these kinks as time passes, but I can’t help but wish the game stayed in the oven for another couple of months. It could have made a tremendous difference. 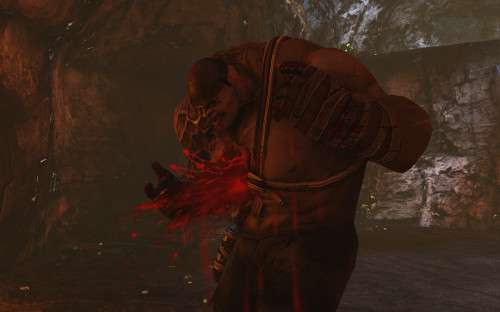 Other bugs I’ve experienced have included enemies that go invisible (due to the terrain structure, I believe), quest halts due to a failed trigger (requiring you to start from scratch), and trying to stay in sync with friends for a quest even when in a group. These are the only major bugs I can recall at the time of writing. Some bugs happened only earlier on in the game, so I won’t talk about them as I’ve not encountered them again. It’s just wise to be aware of the fact that the game is rather buggy – a stark contrast to Trion’s Rift at its launch.

If you can deal with occasional bugs and the lack of a true social aspect, Defiance is a good MMO worth checking out for shooter fans. If you happen to watch the TV show as well, your experience will only be heightened.