Here is another image of the Dell, more of a close-up. It’s large, and in charge. I was fortunate to still have room to set my drink. 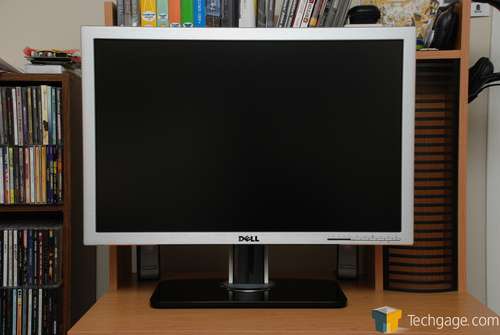 You can easily see how this monitor is in a different class from the others, in terms of style. The entire frame is modeled with brushed aluminum and looks fantastic. It’s lightly brushed though. You won’t feel like you are cutting yourself when sliding your finger along the surface. 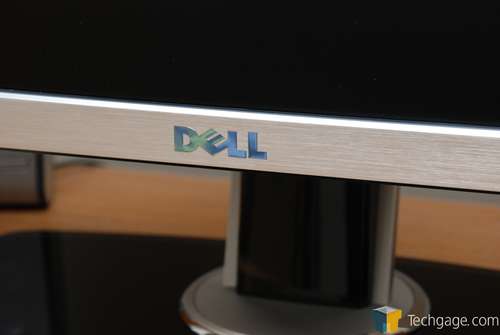 The buttons here include the gateway to all the on-screen options, power off/on and also the input switcher. Depending on what input you are on, a number will be lit up. When hooked up to DVI, #2 will be lit up. 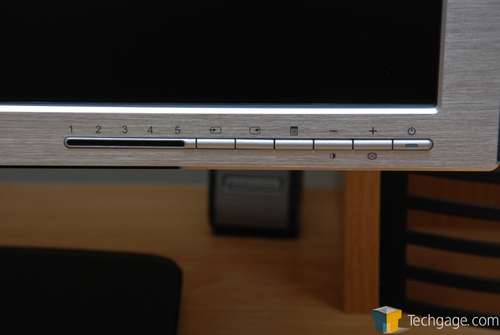 A mirror-like finish runs the entire length of the monitor. It is notorious for showing off thumb prints, so cleaning often will be in your gameplan. 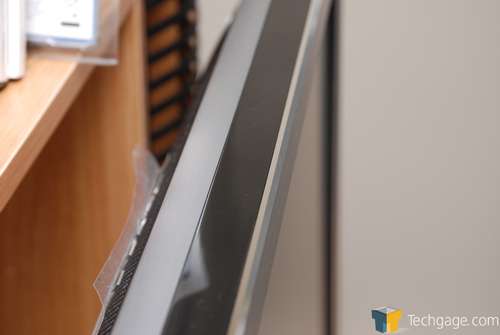 You will not find harsh edges on this monitor. They were certainly going for a smooth look. 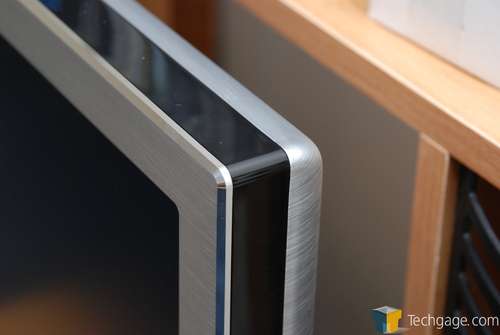 Dell touts the backend of the monitor to be one of it’s best features, and I won’t disagree. No longer will people be shouting at you from across the room about your ugly monitor. Three sections here are designed to allow good airflow, while the top has a large Dell logo. You can see also where the inputs are located. 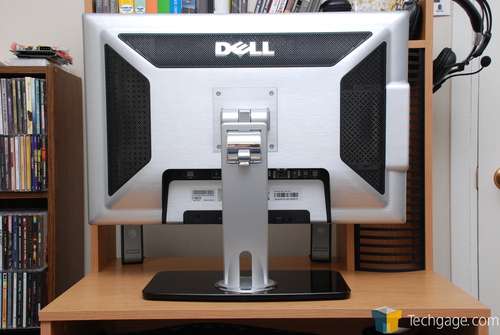 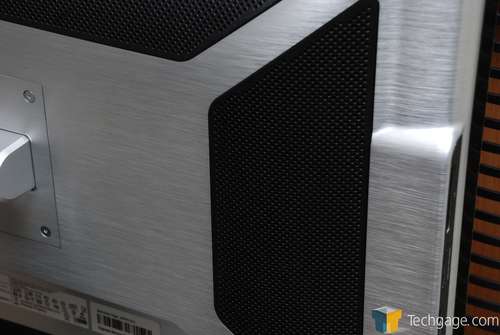 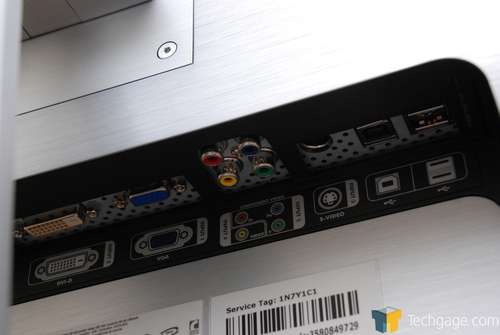 On the opposite end is the port for the power cable and also the port for speaker power. This monitor doesn’t include speakers, but instead they are an add-on for $29.99. From what I hear, that price is well worth it. 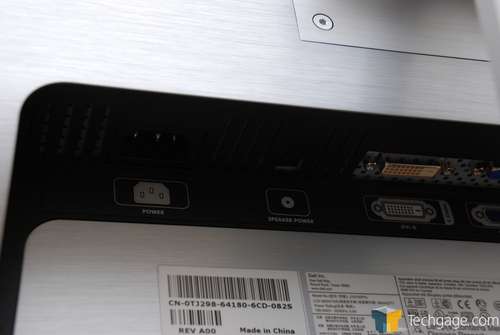 Unlike a few other monitors available, the 2707WFP does not allow you to swivel left and right, but rather up and down only. You can of course orientate the monitor to any comfortable position, but will not be able to rotate the screen itself left or right, so this excludes landscape mode. 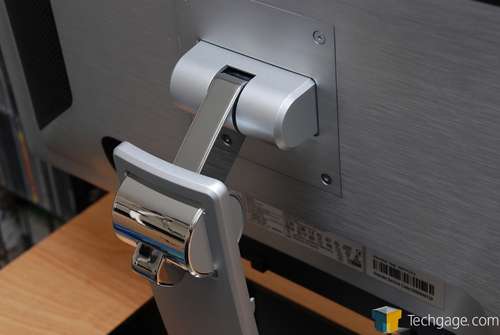 Towards the bottom is open for cables to run through. The other side of this will be covered so that you will never have to see the cables. 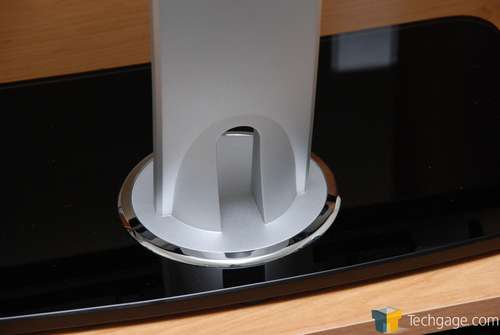 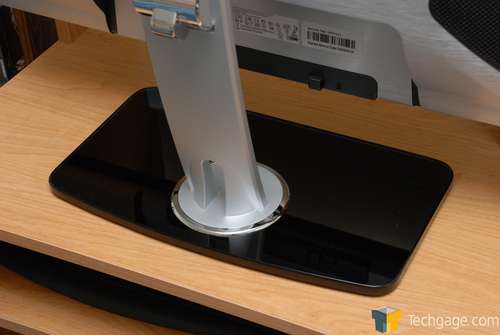 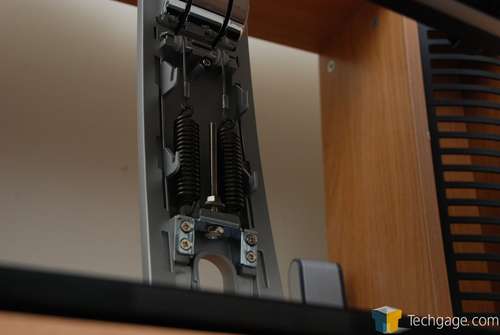 The 2707WFP is an impressive monitor by all standards. Physically, it’s one of the finest I’ve ever laid eyes on. Dell suits this monitors towards those who don’t only want great performance and image quality, but who also want something to add a touch of class to their computer room.