Although DigitalLife will be the main attraction for tech enthusiasts in NYC this week, Showstoppers helped kick things off with a pre-show at the new New York Times building, complete with 32 exhibitors. Though it was a small event compared to DigitalLife itself, we had some good chats and learned about some cool new products on the horizon.

First stop was D-Link, who were showing off their upcoming Wireless USB hub, two N-based routers and a bulky, yet sturdy webcam. Also on display is their single NAS product, the DNS-323, which we took a look a few months ago. Their only real announcement at the show however, was the fact that they’ve upgraded their MediaLounge product to support more than 200 channels of internet video to the TV. I didn’t have a chance to take a deep look at any products while there, but we will more than likely be taking a look at a few of them in the months to come. 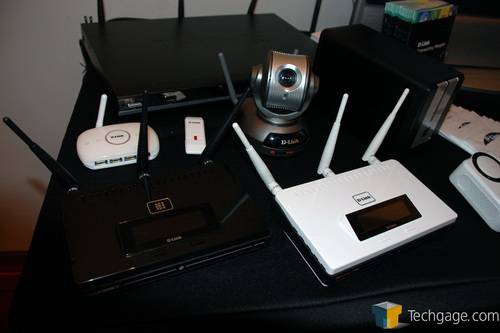 If there is one company that doesn’t like to miss any press events, it’s Kingston. We had a chance to meet with them just last week at Intel’s Developer Conference, but I had to check up again to see if anything else had been unveiled. Luckily enough, there were three new products on display.

The first is a high-density Micro SDHC card, offering 4GB of storage at your perusal. With it comes two adapters, so that you can use it in other devices if need be, such as an MP3 player or digital camera. 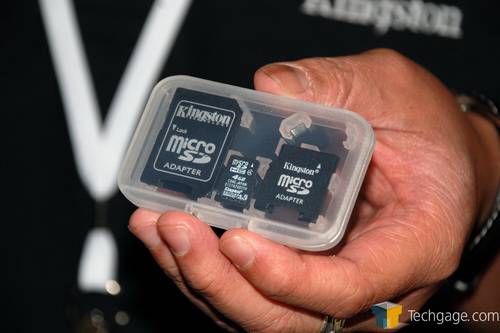 In a continuing effort to cater to those who thrive on the digital lifestyle, they also showed us a simple thumb drive that can be “skinned”. Skinned is in quotes because it’s not a true skin, but rather paper print-outs tucked in behind a protective plastic covering. Though more of a niche product, the ability to print out your own designs is nice. You can expect these to launch in the next few weeks, with 1GB – 8GB models available. 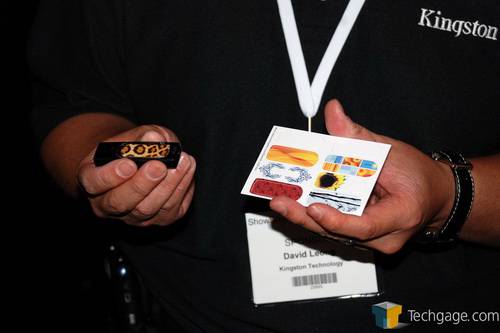 Lastly, their 1GB Mobility Kit is similar to the Micro SDHC above, except this one has a 1GB density as the name suggests. What makes this kit special is that you can plug the card into the included USB connector to allow accessing on your PC. Pricing is currently not known for this product. 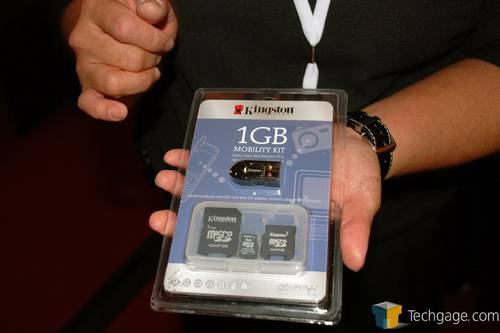 Slingbox also had a showing at Showstoppers, which was great since I’ve never actually had the opportunity in the past to see it in action. For those unaware, Slingbox allows you to stream your television and other video-feeds to your computer on a remote internet connection. My first thoughts of advantages is being in a hotel room that offers horrible channel selection. If the internet connection is solid, you could simply ping your machine at home and watch TV from there. 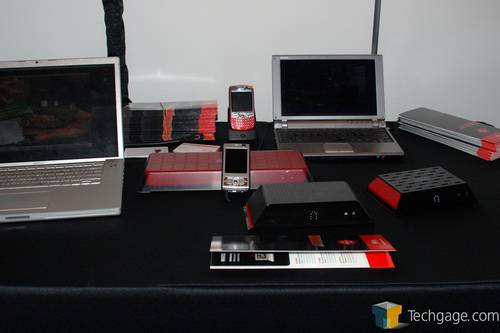 On display was their new Pro version, which brings both HD-component capabilities and also quad A/V sources. Though the Pro model can accept component cables, the outputted video will still be in 480i, though it will have a finer quality over streaming video from a standard composite connection. HD video is currently not possible for a variety of reasons, one being bandwidth.

Our favorite defragging gurus Diskeeper had their two new products on display, Diskeeper 2008 and Undelete 5. Diskeeper 2008 adds a few new features to the fray, but the most important is more in-depth and accurate prediction of what should be done on your drive. Depending on various factors, the program can decide which engine to use. Undelete 5 offers a few new features as well, including capabilities to have multiple versions of the same file, which is one feature that really seems to be catching on lately. 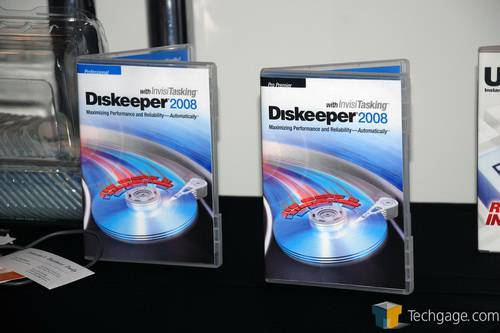 Though I am not an iPod fan personally, the cool factor of Griffin’s latest iPod dock can’t be ignored. As you can see in the photo below, the iPod docks as it always has, but now, all of the speakers are accessed wirelessly. While the kit includes two, you could upgrade your setup to include additional speakers, essentially giving you a completely wireless experience. 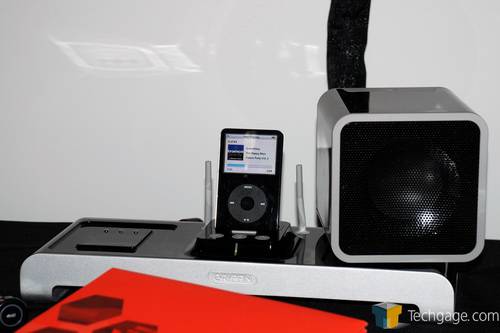 Due to the commotion in the room, sound quality was difficult to gauge, however, they sounded like they had some reasonable power behind them.