Iomega didn’t have any “70x that of a floppy” products on display, but they did have some interesting offerings littered around their desk. The first are external hard drives, that can be plugged into your computer via USB. Currently, 160GB models are offered, but 250GB is on the way. On top of that, Firewire connectors will be added to upcoming models as well. 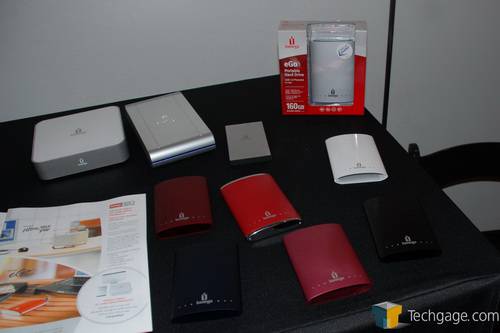 What makes these enclosures different than the competition is that the hard-drive cannot be removed, and because of this, the enclosure was designed to for ultimate drive protection. While other enclosures on the market are not considered safe at a drop from two feet onto carpet, Iomega’s drives are tested up to a drop of 52″.

If there were doubts that Iomega were still fans of Apple, check out their latest NAS boxes: 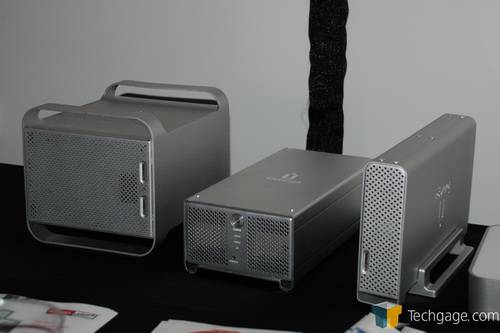 Similar to a Mac Pro, no? I don’t recall much information on these, except that one offers support for a single drive and the other two allow two. For an even beefier NAS, their StorCenter Pro might be for you. 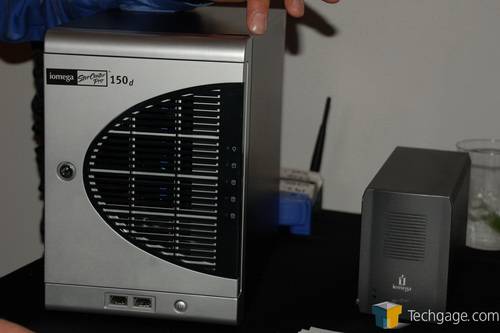 This product is not new, but the 3TB model is. Yes, 3,000GB. This NAS uses a version of Linux and can also act as a printer server, should you choose to plug one in. This is a NAS targeted straight at the small business, and retails at around the $600 – $800 mark.

With VoIP and telecommunications technology being a hot topic lately, magicJack immediately caught my attention. But what really grabbed me was the fact that they touted a $19.95 per year fee. The idea is “simple”. Plug the device into a USB port, and then plug in your phone line into the end of that device. You will acquire a phone number through magicJack, who is an official provider of such, just as AT&T and others are. 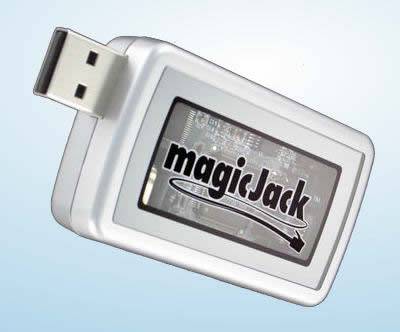 For initial setup and the first years services, the product is $39.95. Each year afterward is $19.95. How do they make money off such a cheap product, and YOU get such cheap phone service? We were told that they make money on incoming calls from the phone companies of those who call you, though I’m not quite sure how that works. Regardless, I left a tad confused, but it’s an intriguing product nonetheless.

I am far from being an audiophile, but that didn’t mean that a few products on the floor didn’t immediately catch my interest. How about a lamp with a built-in speaker? 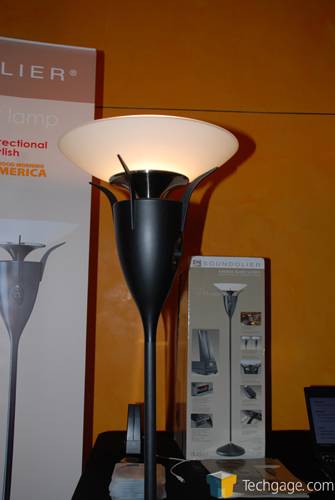 Before you jump to conclusions and consider the product to be a joke at best, I think it’s safe to say that it was easily one of the best products at Showstoppers. This lamp not only looks good, but can pump out 90db with a single large driver. As the sound gets pumped out, the top diffuses it to give the effect of true stereo. As you can see in the picture below, you could pair up more than one if you wanted. One of the coolest features might be the price: $299, or $379 with a transmitter. From what I understand, only one transmitter is needed. This unique lamp is not all that Mitek had on hand though. In continuing of their “bang for buck” standards, they showed off an iPod dock that is capable of spitting out music at around 105db. 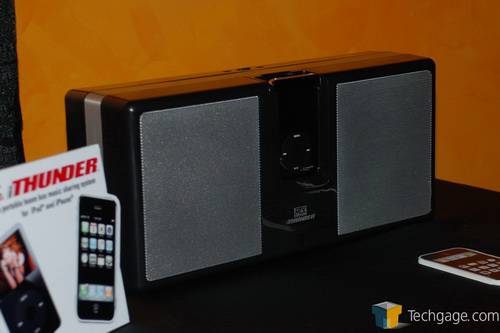 While it’s difficult to truly experience how a product sounds in the middle of noisy crowds, it definitely had some boom. One can be yours for $99.95.