To test the storage subsystem, we rely on Simpli Software’s HD Tach, a superb storage benchmarking tool that’s now free for everyone to use. It excels at benchmarking a variety of internal and external storage devices, and produces consistent data and information-rich reports.

For this review, HD Tach will be used to test the internal hard drive’s data transfer rates. Since the main system drive is being tested, which contains the operating system software, we will only be performing read tests, not write tests (which might cause data corruption.) Also, since we’re not specifically interested in the drive’s performance per se, we won’t be running any access time testing. 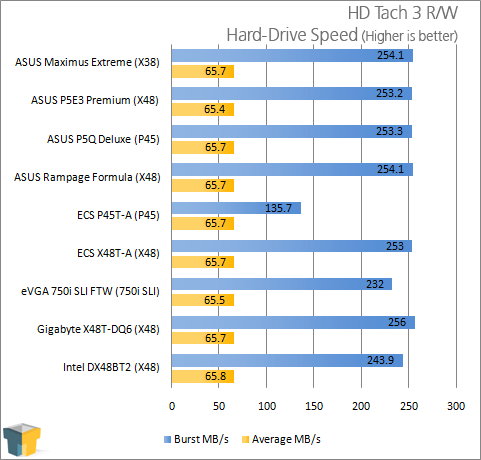 While the P45T-A kept in line with the other boards where average MB/s was concerned, it fell far behind in the burst speed. This downside won’t likely show up in real-world use, and if it does, then you’d be hard-pressed to notice.

SiSoft’s Sandra benchmarking package has long been one of our favorite tools, because of its comprehensive set of specific hardware benchmarks. It delivers excellent consistency, and offers a variety of tests devoted to the memory subsystem. Here, we’ll use it to test memory bandwidth and latency. 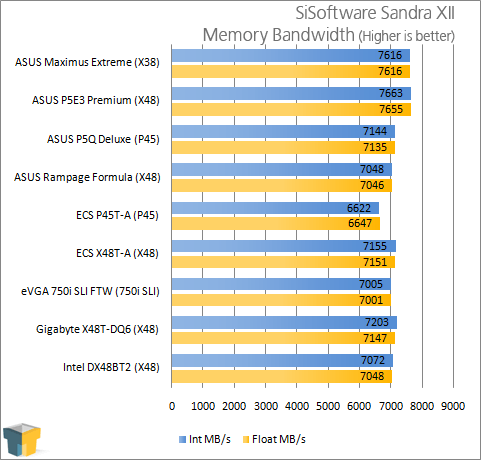 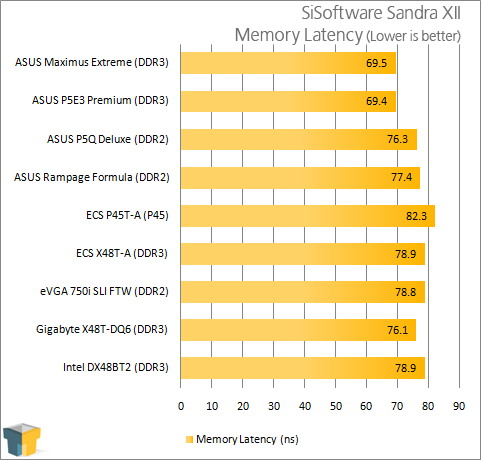 Given the fact that the motherboard forces DDR2-800 speeds, it’s no surprise to see both a low bandwidth and high latency result. This is not for the enthusiast, under any circumstances.