For real-world game testing, we turn to Valve’s Half-Life 2: Episode Two, which has long been a standard for our game benchmarking. With Episode Two, Valve delivers more of what fans loved about the original game, but were kind enough to throw in a few twists. It’s becoming increasingly difficult waiting for Episode Three!

The level used for testing here is ‘Our Mutual Fiend’, which has you navigating a large outdoor area with many Striders and buildings about. The goal is to make your way through the level, decapitating all the Striders you are able, while doing your best to save as many of the buildings as you can. It can be a stressful level, but is great for benchmarking thanks to the constant action and massive amounts of AI.

For our testing, we begin by loading the level from the console, and once loaded, we enable the FRAPS benchmarking feature which will track our overall FPS information. We begin the level in the same spot each time, and follow a well-defined path throughout until we reach a specific point of the level where we tell FRAPS to wrap up its FPS recording. For detailed information about the settings used in testing, see the screen shots in our Testing Methodology page. 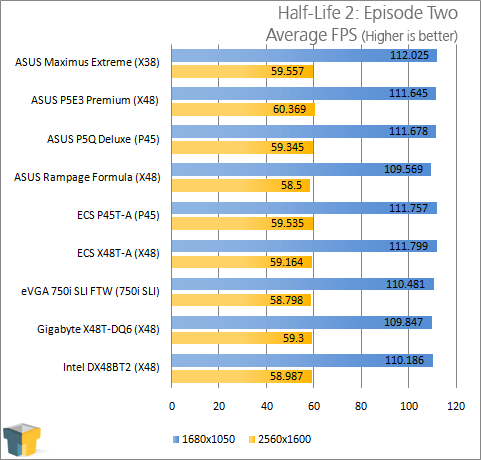 3DMark has been the ‘gaming benchmark’ standard for quite a while, with versions dating all the way back to 1998. Vantage is the latest iteration and is just as hardcore on your GPU as we had hoped. It will be a little while before it can be run on any hardware with relative ease, which makes it a perfect candidate for stressing our rig to the max. 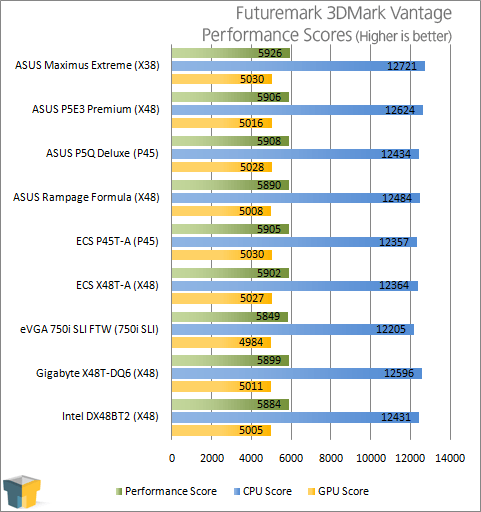 Between our gaming tests, there’s no real complaining to be had. The results from the P45T-A are in line with the rest, which is what we wanted to see. It just goes to show that faster memory isn’t really immediately improve your gameplay, although that might change when you are gaming over the course of a few hours.