Encoding video is not normally ones idea of fun, but Elgato promises to take out some of the pain for Mac users by making the process up to 4x faster, with their Turbo.264. Does it live up to it’s claims, and more importantly, is it worth your $100?

Video encoding is a boring process. Let’s face it, if getting the media you want on your computer isn’t a hassle, encoding it is. The last thing anyone wants to do is waste time waiting for a video to finish encoding, and depending on the machine doing the work, it can take hours leaving the rest of the computer useless.

Dedicating an entire system is out of the question, because it can be noisy, suck up power and still take hours to get your videos in the format you want. Thankfully if you’re using a Mac, Elgato is trying to offer a solution that can speed up the process. Probably best known for their EyeTV lineup of TV tuners and recorders, the company’s is offering a product called the Turbo.264, a dongle that serves as a hardware-based H.264 encoder specifically designed for the iPod and Apple TV. Not only that, but they promise the increased speeds can be up to four times faster (on Intel Macs).

The other big promise is leaving system resources virtually untouched. Ideally you would be able to start encoding a video and still be able to use your system with no performance hit. This would also make the Turbo useful for older boxes that don’t have the power to crunch though huge video files in a timely manor, like a G4 or even a higher end G5. Intel machines (with the exception of the older, lower end Mac mini) all have faster dual core processors, so it would be possible to offload the work to one core, with the cost of half the machine’s CPU power. 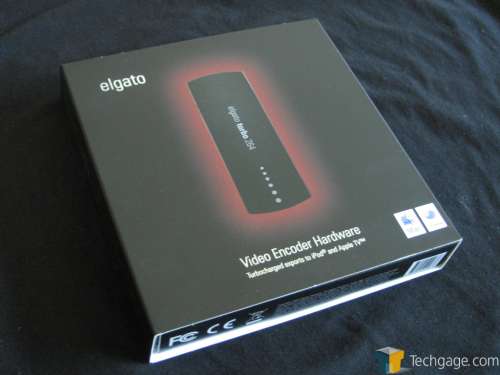 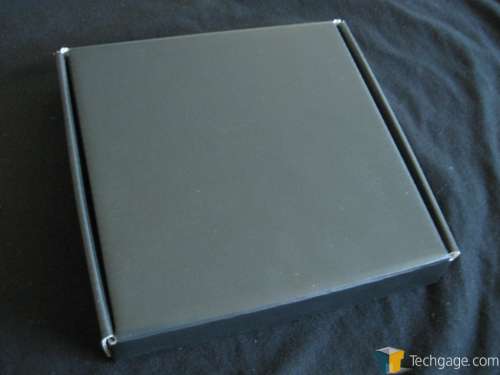 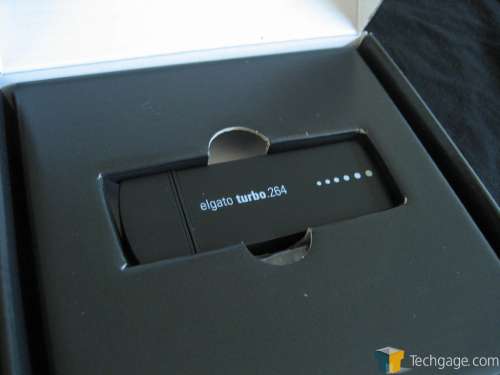 The box arrives in a minuscule package clearly inspired by Apple’s packaging of the iPod and Apple TV; black background, shiny text and all. Once the box is opened, the Turbo.264 encoder is in plain view with extras stored away. 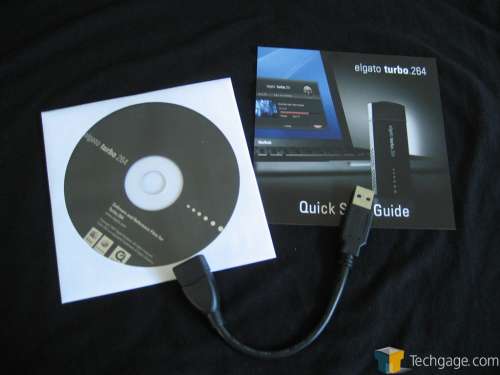 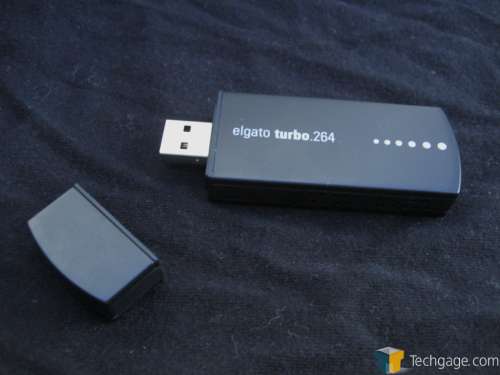 Underneath its compartment, we have the CD with Elgato’s software, quick start guide, and a USB extension. Strangely enough, no manual was included. Truth be told, Elgato didn’t have to include a manual, but more information could have been mentioned inside the box. There is documentation on the company’s website and a readme folder that resides on the CD, but I would have liked something laid in front of me instead of having to do some digging. The concept is easy enough that most people should be able to realize that you just have to plug it in and use the included software, but I half expected something to break along the way. 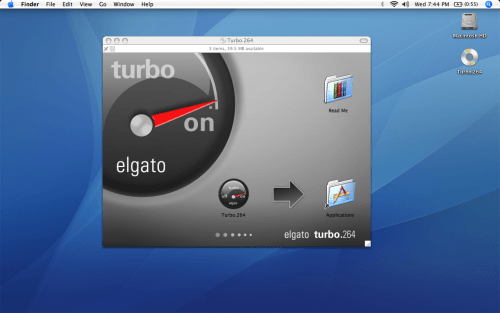 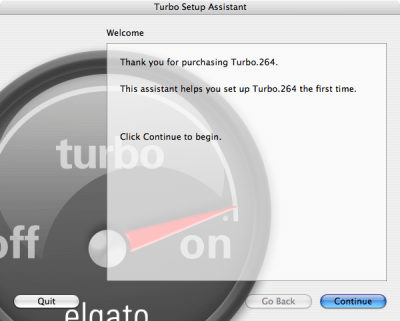 Installing the application is the same process that must be done with most OS X software. When the CD was inserted, I dragged the program’s icon to the Applications folder’s alias. When all of the related files were copied over, the program’s assistant came up. 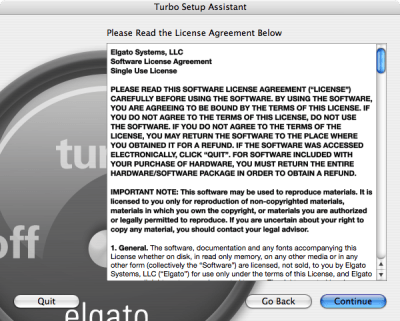 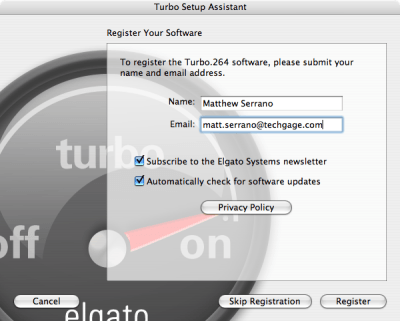 I was taken step-by-step, only having to agree to the software’s EULA and enter my contact information. Once that was completed, I was prompted to update and restart the application (I also had to unplug and plug in the encoder, most likely to ensure that the encoder was recognized). 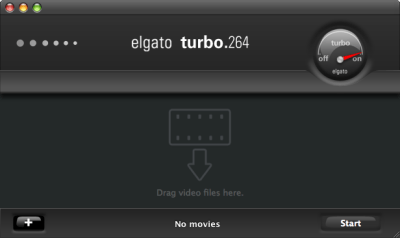 The actual front-end that accompanies the Turbo is rather simplistic. To sum it up, it’s a big drag and drop window where video files go in and muxed H.264 files come out. Simple, right? You could compare the front-end to a Windows GUI application called 3GP Converter. But along those lines, the truth is if you want to take advantage of the increased encoding speeds you’d be better off using other software like iMovie or QuickTime Pro, because there are no options to speak of here. In fact, the only options that are available are choosing the directory to save exported movies and enabling or disabling the automatic check for updates.

This leads to one of the Turbo’s biggest faults. Any software that doesn’t use QuickTime (the encoder / decoder, independent of Apple’s QuickTime Player) to export video cannot work with the Turbo.264, like Handbrake and iSquint / VisualHub. You’re essentially forced to use their software with their presents if you want to see any improvements. There is simply no way to do any editing without paying for QuickTime Pro, Final Cut Pro or iLife (if you don’t have iMovie).

Going even further, there is also no way to add subtitles, so you’re out of luck with content in different languages. Finally, no filters like resizing, de-noising or de-interlacing can be used, and you cannot crop video. Even if you have more than one audio stream, the software will pick the first one. It goes without saying power users will definitely find the Turbo to be a frustrating experience, but others could find the software to be blatantly simple.