AMD’s top dog Radeon RX 6900 XT has landed, and we’re taking a look at its performance across a variety of 1440p and 4K workloads – with and without DXR. With the 6900 XT, AMD is taking care of gamers who want a premium product and have no qualm splurging on it – so let’s see how it fares against the competition.

With the launch of AMD’s ‘Big Navi’ graphics cards last month, the DXR landscape suddenly became a lot more interesting. In our testing, we found that AMD’s cards performed admirably in most DXR titles, which struck us as impressive. But, NVIDIA has a little trick called “DLSS” that will help keep the scale tilted.

We’re testing three of the four DXR titles here that we tested in our RX 6800 series launch article. Because Minecraft kept its FPS hard-locked during our RX 6900 XT testing, we had to drop it for this article. We’ll retest in the future and see if the problem goes away, since it’s one of the more attractive ray traced titles going. 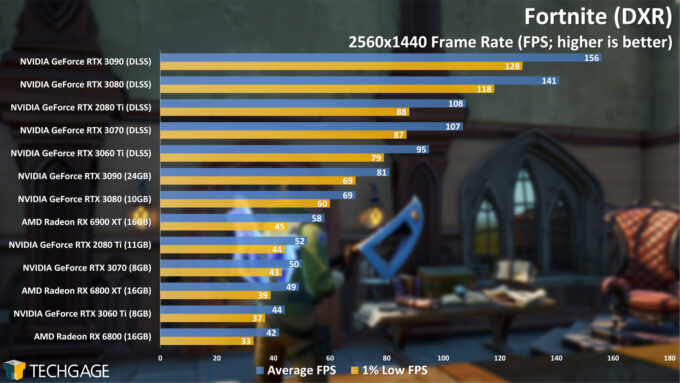 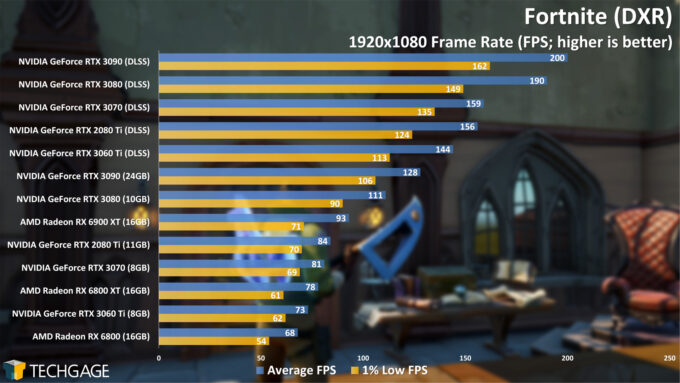 With ray tracing, it’s not really a matter of if NVIDIA will perform better, but more about whether or not AMD can perform well enough to give gamers an enjoyable experience. Even without DLSS upscaling involved, NVIDIA outperforms the AMD competition here pretty easily, with DLSS taking things to the next level.

Fortunately for AMD, 1080p gaming is still viable, with even the RX 6800 surpassing a 60 FPS average. It’s worth noting that the DXR details can be turned down a little bit, but that conversely means the high-performing NVIDIA cards could instead have the details increased if you’re outperforming your monitor’s refresh rate. 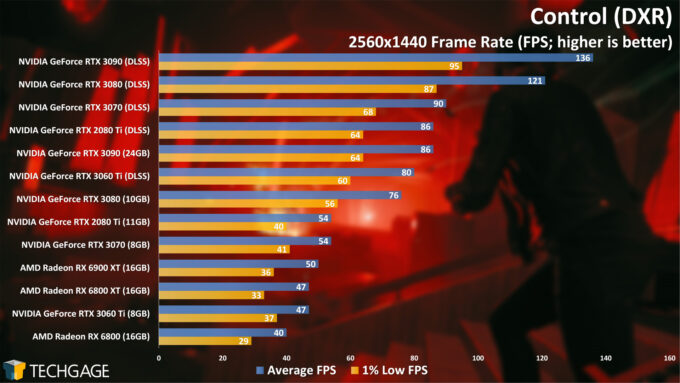 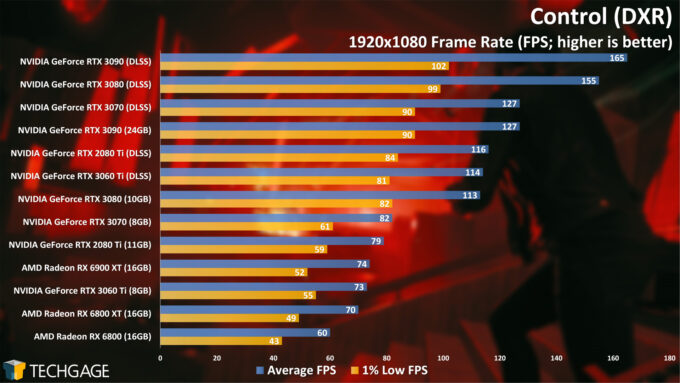 Control is one of the better-looking games out there that supports ray tracing, and on AMD, it proves really punishing – even more so than Fortnite. Still, the RX 6800 hits 60 FPS at 1080p, while the top-end 6900 XT proves to be 14 FPS better. We’re already using modest ray tracing settings in this game, so there’s not much room for AMD to move to better its FPS at 1440p. 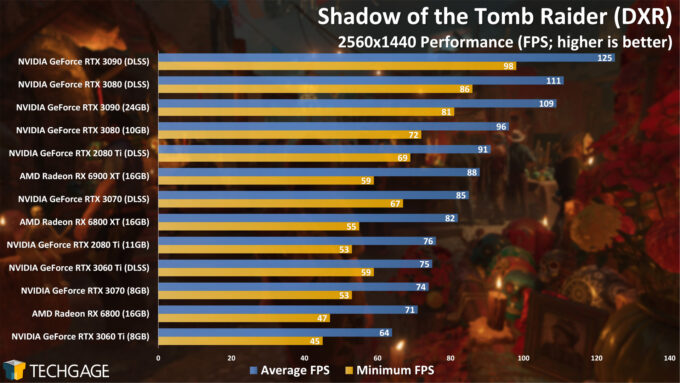 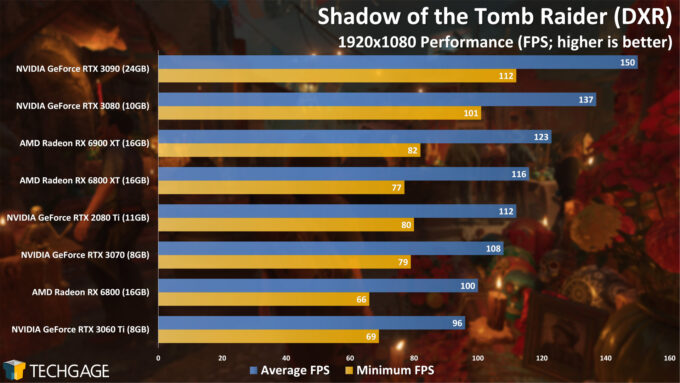 Shadow of the Tomb Raider is one DXR-equipped title that doesn’t exhibit some massive speed-ups on NVIDIA, with DLSS proving less of a benefit here than in most other titles. In our side-by-side comparisons, the shadows on GeForce and Radeon appeared the same to us, and they really do look quite good.