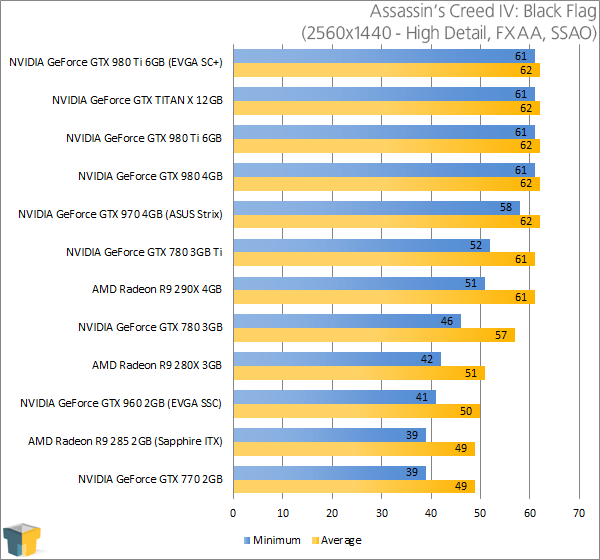 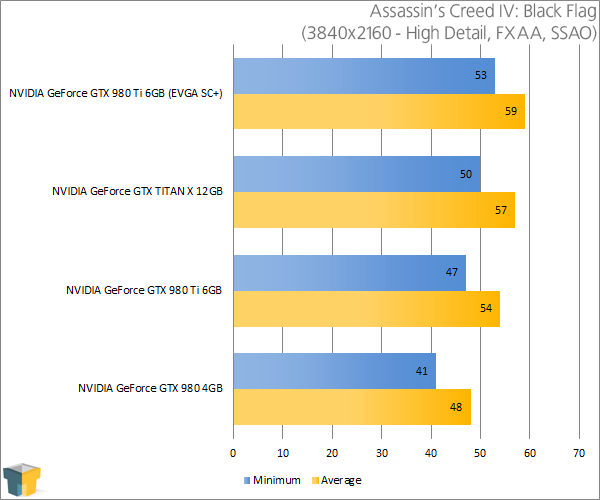 Thanks to Ubisoft’s asinine decision to cap the framerate on this game, the 1440p results are not that impressive, outside of the fact that all of the GPUs listed handle the game well at high detail. At 4K, it becomes a much more difficult battle, with EVGA’s 980 Ti coming oh-so-close to the 60 FPS mark. Oh – and it also happens to beat out the reference TITAN X. 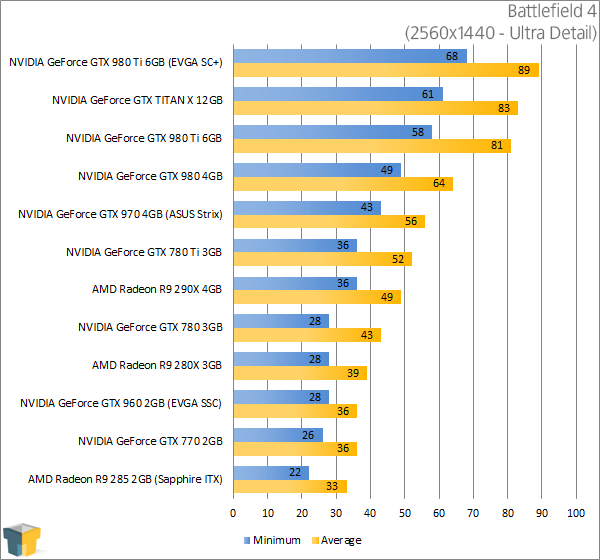 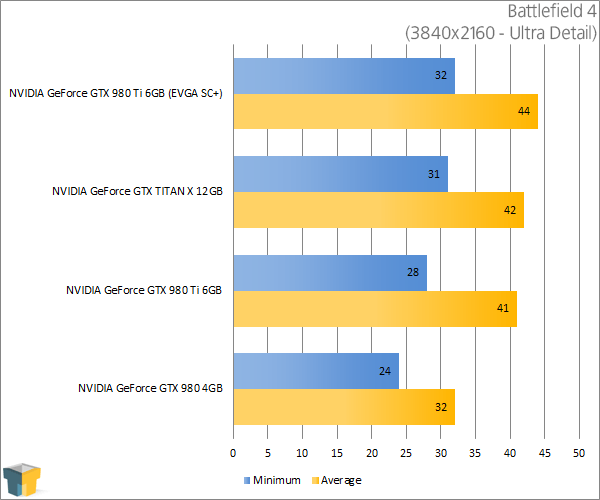 Battlefield 4 might have come out about 20 months ago, but it still looks great at max detail, and can be punishing to even the highest-end GPUs at 4K, as exhibited in the graph above. Quite simply, these are not playable framerates, but don’t fret – we’ll find some on the Best Playable page.