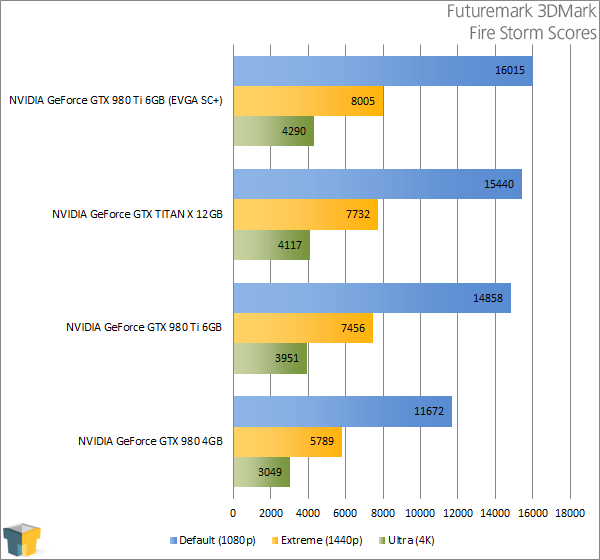 Mimicking what we’ve seen through this review, EVGA’s Superclocked+ 980 Ti is faster than a reference TITAN X and also shows a significant boost over the reference 980 Ti.