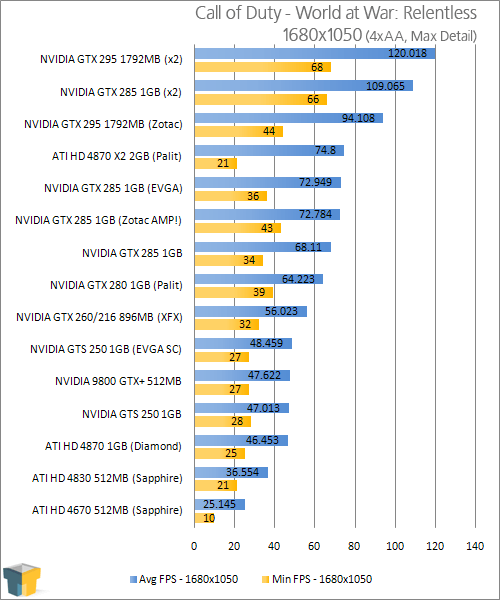 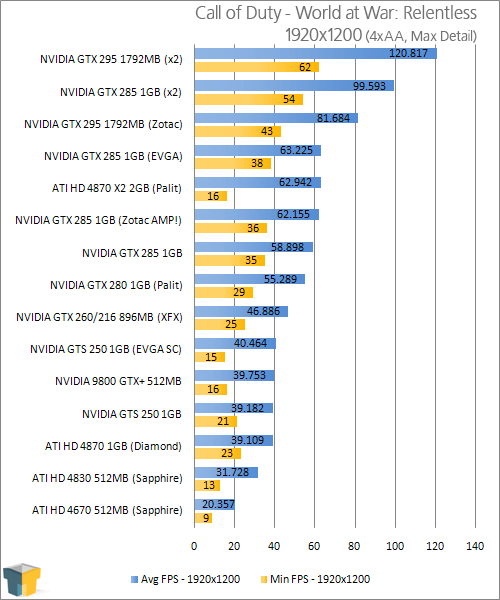 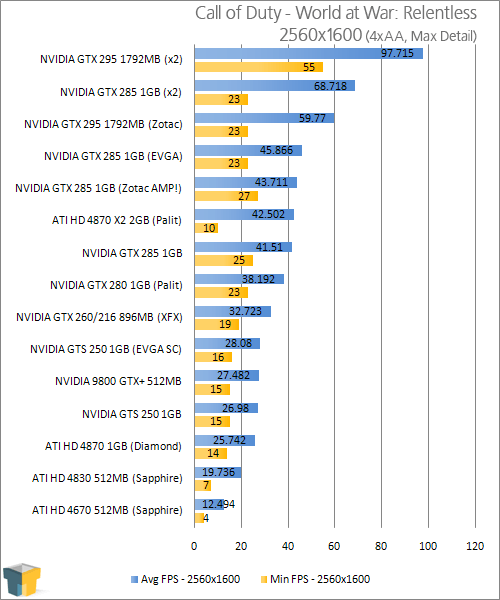 It’s not much of a surprise, but the GTS 250 ranked right alongside the 9800 GTX+. Oddly enough though, despite having less GDDR3 on hand, the 9800 GTX+ performed a bit better in each configuration. This isn’t necessarily fact though, as different runs may yield slightly different results.

Although we saw ample performance in our above graphs, in order to remain fully playable at 2560×1600, we had to remove all traces of anti-aliasing. With that configuration, the game ran quite well, on both the GTS 250 and 9800 GTX+.