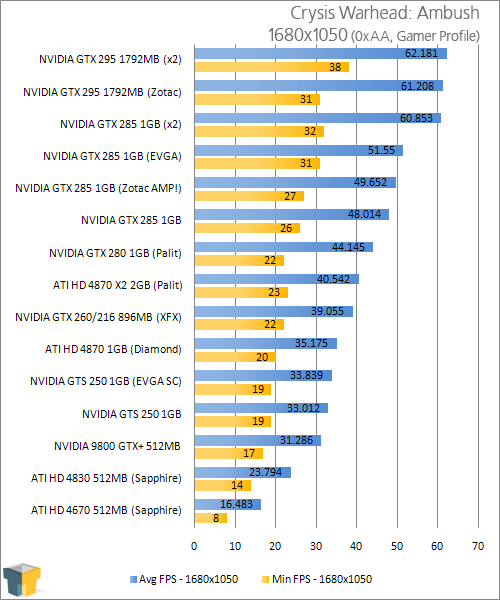 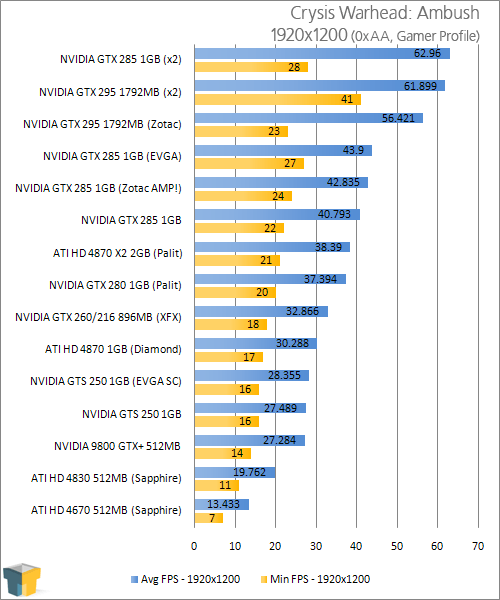 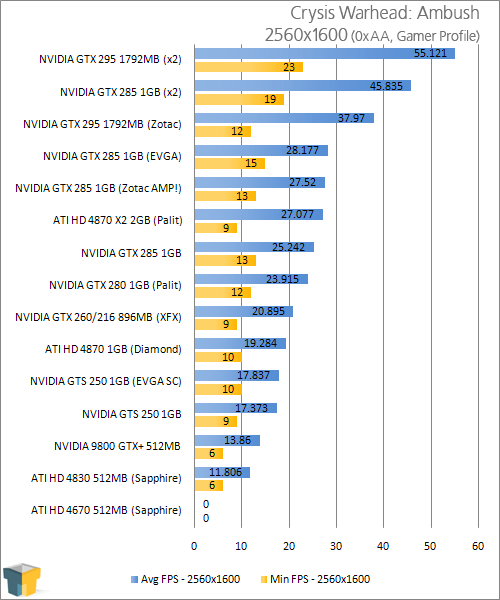 Once again, the GTS 250 performed as we expected it to, but neither it nor the 9800 GTX+ could handle the Gamer profile too well in resolutions other than 1680×1050. For higher resolutions, that had to be dropped to Mainstream, as we’ll see below: