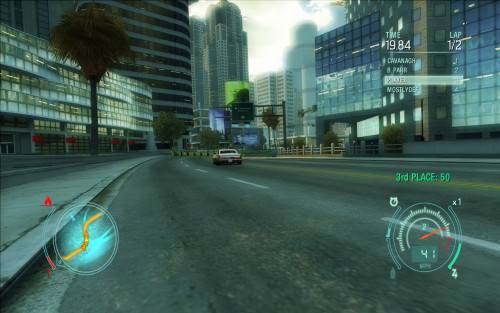 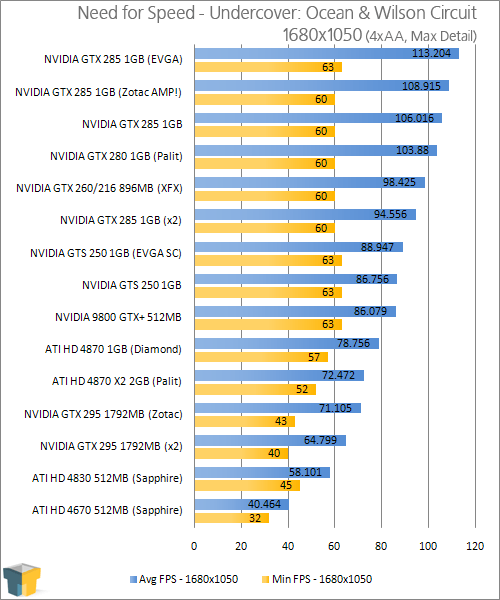 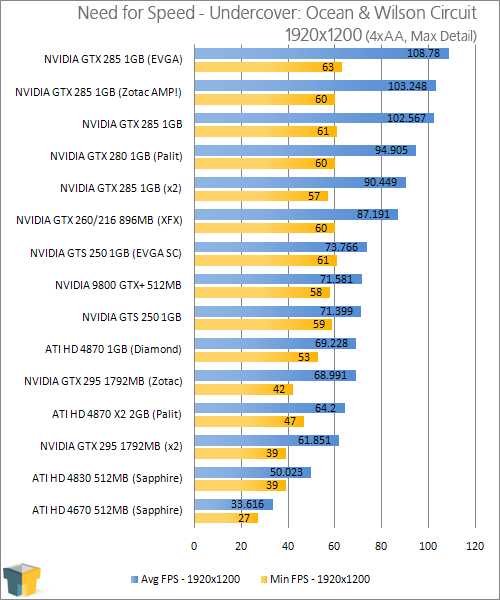 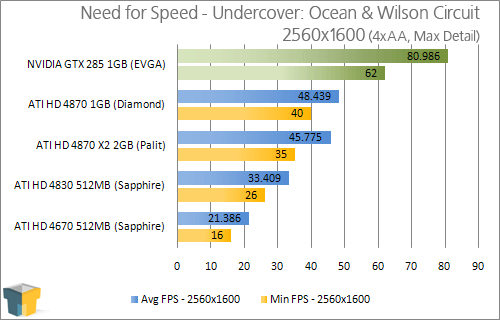 This particular game loves NVIDIA cards, and that’s obvious by the fact that this is the first set of graphs that show the GTS 250 and 9800 GTX+ performing better than higher-end ATI cards. There’s great performance across the board though, from all cards.

As mentioned in previous GPU content, due to a bug with NVIDIA’s drivers, 2560×1600 is not a selectable resolution on our Gateway XHD3000 display with a very small number of games, NFS Undercover being one of them. I was recently passed an alpha driver that enabled the ability to run this resolution, but it doesn’t include the profile for the GTS 250, so I was unable to test that card here at that resolution. Once NVIDIA finalizes this revised driver, I’ll update the entire graph with fresh results.