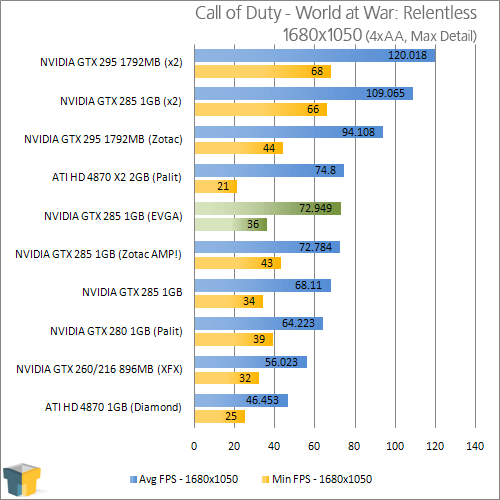 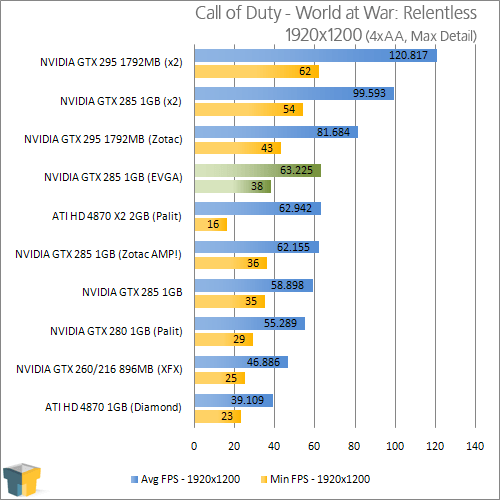 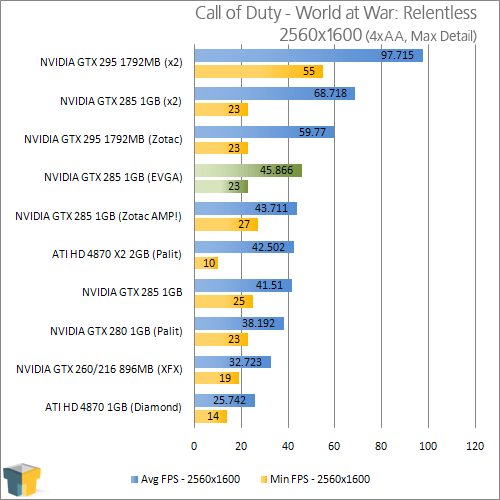 We’re off to a great start here, with noticeable performance increases over both the reference GTX 285 and also Zotac’s pre-overclocked AMP! edition card. The differences are still rather small and unnoticeable in regular gameplay, however, and that’s to be expected. In our 2560×1600 test, the performance shown against the GTX 295 is quite interesting. The GTX 285 SSC performs about 33% less, but still offers just enough FPS to have completely smooth gameplay at the game’s max settings. Greater differences may be seen if CoD allowed higher anti-aliasing modes, but that’s not the case (higher modes can’t even be forced).

Even the reference GTX 285 is beefy enough to allow maximum detail settings at 2560×1600, so basically, the faster your GTX 285, the slightly higher the average FPS. It’s a good feeling to be able to totally max out a game and still have absolutely smooth gameplay.