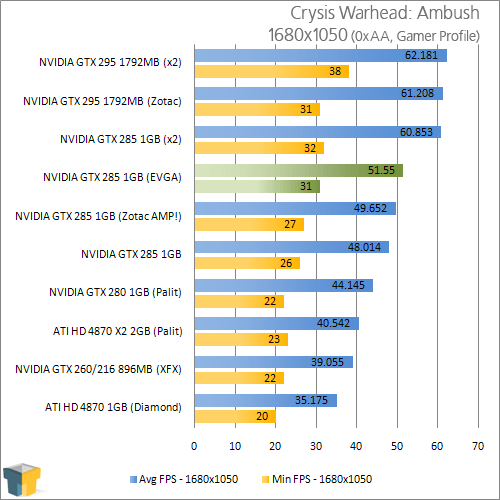 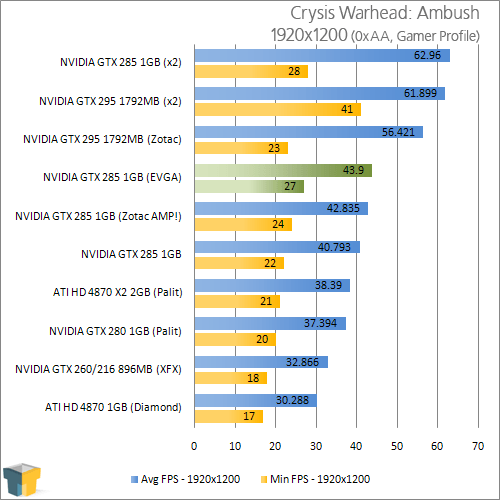 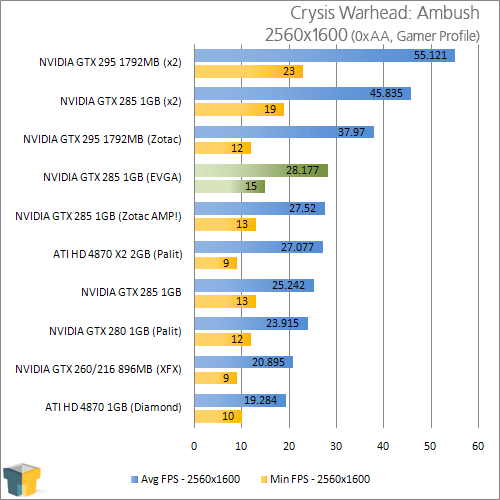 At both our 1680×1050 and 1920×1200 resolutions, the SSC Edition card was able to deliver an excellent gameplay experience, but the hardcore resolution of 2560×1600 proved a bit too much. I admit though, even though we only received 28.177 FPS at that resolution, the game remained quite playable, but was faltered with occasional lag spikes.

Like the rest of our GTX 285 cards, our best playable setting was to retain our 2560×1600 resolution, but also lower our profile to Mainstream. It sucks to decrease anything with a $300+ GPU, but luckily, Crysis still looks quite amazing even with that detail setting, and in some cases, some people might even think it looks better (the “Gamer” profile makes everything darker, while “Mainstream” makes it much easier to see in the distance).