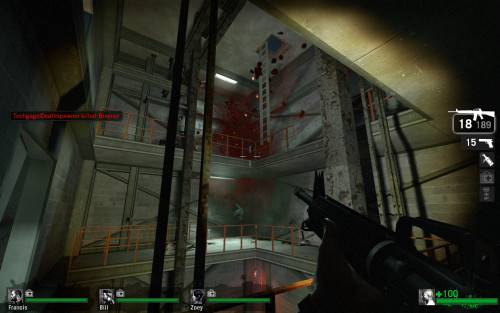 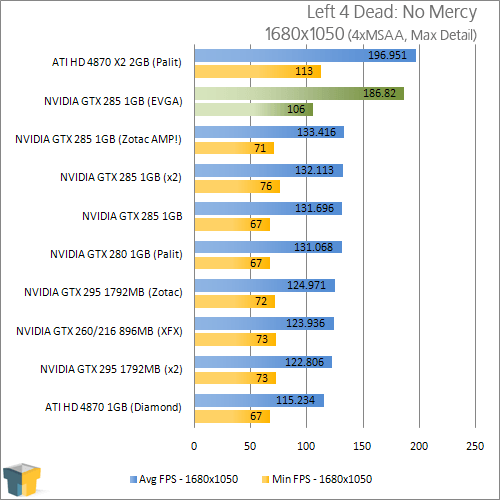 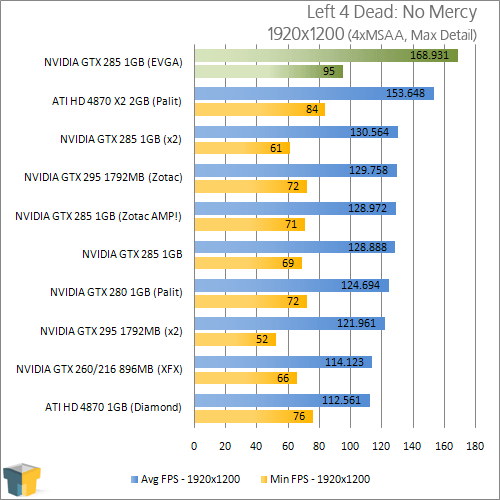 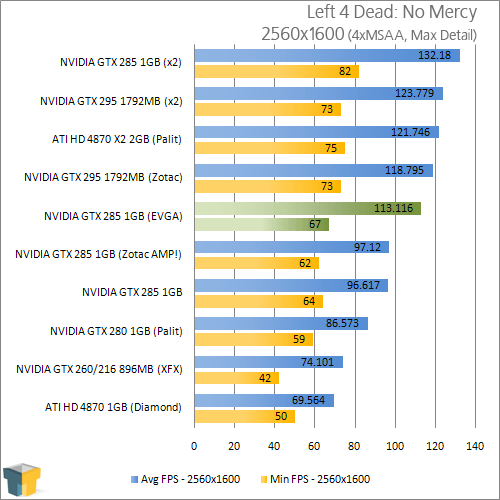 Valve’s releasing of games that both look great and run well on most machines is nothing new, with Left 4 Dead being the latest in their collection to be able to brag about such a thing. That said, it doesn’t take a massive card to power this game, so the GTX 285 of course cleans house.

One oddity I noticed during testing was that the 1680 and 1920 resolution results are much improved over what we experienced with the GTX 285 cards in our launch article. This goes far beyond the simple clock increase. I’m unsure of why there were huge increases this time around, but I’m lead to believe it was thanks to an update the game recently received, since backtracking to the same drivers we used for that article gave near-identical results.

Thanks to the recent boost in performance from the game (however it happened), the SSC edition pushed quite close to the GTX 295 with 8xMSAA at 2560×1600. In reality though, few are going to notice any real increase in performance over 60 FPS. That’s a good thing… pretty-much any mid-range card right now will offer enough performance to play one of the hottest games at its highest settings.