When you think of NVIDIA products, eVGA is not usually far from mind. They’ve been producing video cards utilizing NVIDIA’s GPUs for quite a while now, but recently they have been trying to make a name for themselves in the motherboard market. Things started off slowly, but they are quickly gaining momentum and are releasing some quality boards, one of which we will be taking a look at today.

The 680i SLI board has been available for many months now, so we are going to take a fresh look at it and see how it compares to our 975X and P35 boards.

As the name gives away, the board is based on NVIDIA’s 680i SLI chipset, their current top offering on the Intel platform. It supports all of the latest Intel CPUs with an 800/1066/1333 FSB. It also supports up to 8GB of ram with frequencies up to DDR2-1200.

The board we are looking at today has an A1 in the product code. T1 revisions are also available, with the primary difference being that it includes a Quad-Core fix. If you have an A1/AR board and are having problems with overclocking your Quad-Core, eVGA will fix it for you.

Before we jump into our look of the board itself, here are the complete specs. In addition to what’s mentioned above, we have a total of 10 USB 2.0 ports, 6 on the board itself, then four more to be used with your case or add-in card. We also have two LAN ports, which will be appreciated by those who need them.

The 680i arrived in one of the largest motherboard boxes I’ve ever seen. The reason behind this is that the board is kept safe in a large clamshell like packaging. Whereas many motherboards are kept in the direct bottom of a box, here it’s kept in the center. 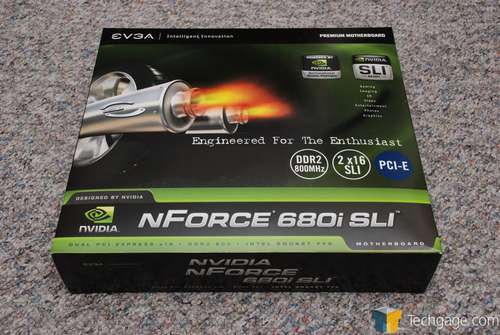 Here is the inside packaging I was speaking about. On one side of this is where all of the accessories and manuals are kept. 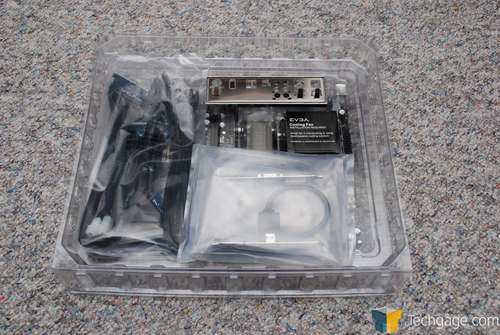 Within these accessories is all of the required IDE, S-ATA and floppy drive cables. They also include adapters to add another firewire and four more USB ports. 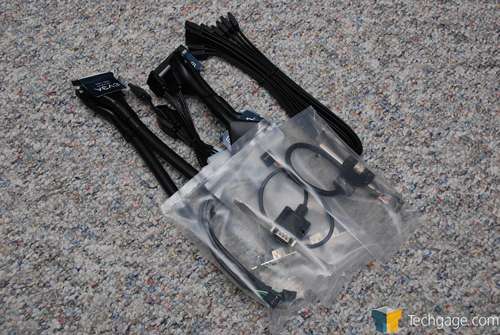 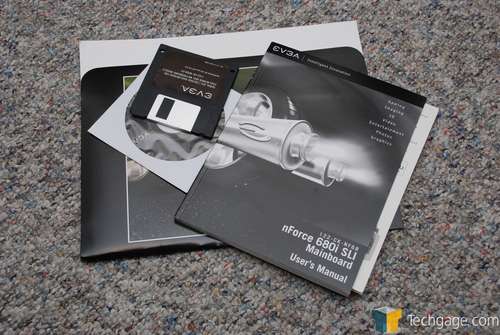 Next up, the board layout.