In all of it’s black glory, here it is. At first glance, there are no problems I have with the overall layout. There are two S-ATA ports on the side, which is handy for drives closest to it. There is also an LED BIOS code readout, a handy feature if you run into problems at POST. 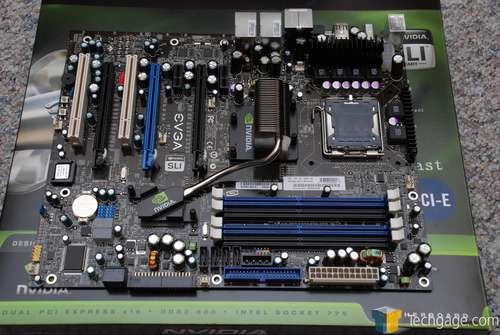 The only issue I really have, is the fact that the ATX case connectors are placed in between the DIMM slots and a molex connector. This is a very tight squeeze, and considering that these cables are small, more room would have been nice.

You will also notice that by default, the board is entirely passive cooled. A single copper heat pipe runs between the north and south bridge, with the PWM having it’s own tall heatsink for heat dissipation.

The northbridge is kept cool via a passive heatsink with many fins. For those who with to overclock, eVGA includes a small fan that clips on, as you can see below. 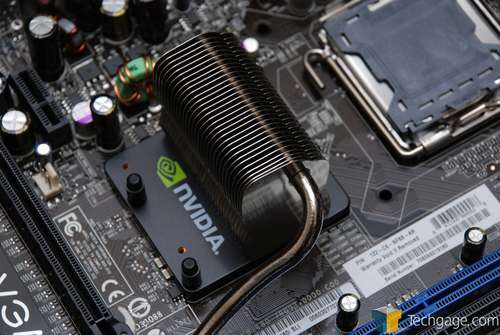 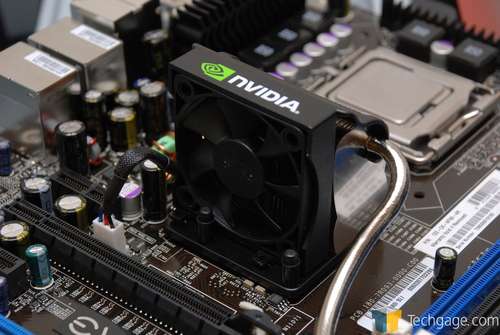 The south bridge utilizes no fan at all, which I didn’t find to be an immediate problem during any of my testing. 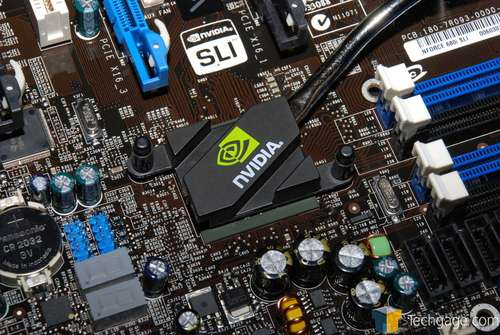 Here is the Winbond W83627DHG chipset which handles much of the I/O for the motherboard, including PS/2 peripherals, printer, joystick, et cetera. It is also responsible for passing along the boards temperatures to you. You can also better see the two side S-ATA ports. 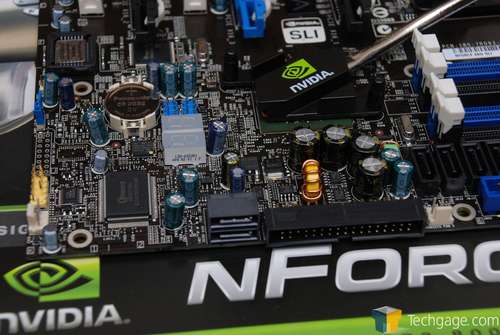 To the right of the DIMM slots are the ATX connectors as we mentioned, an IDE connector and also the 24-Pin motherboard power connector. Four more S-ATA ports can also be found here. 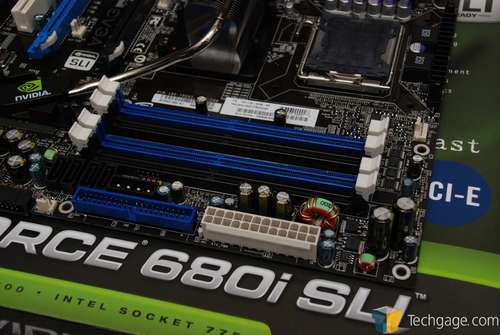 At the bottom of the board you will find the CMOS reset switch, serial port connector and a 3-pin fan header. The location of the J1H3 LPC header would have been great for the front panel connectors. 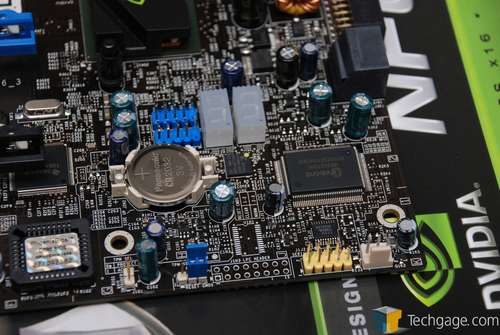 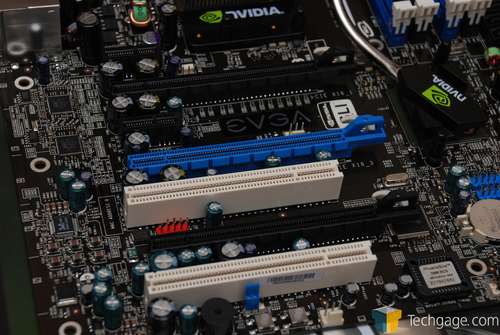 Instead of a boring PWM heatsink, eVGA added some flair with a ‘cool’ wavy design. 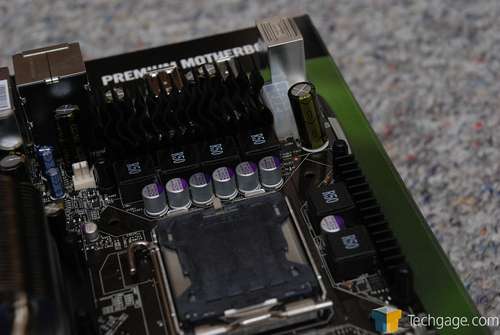 If your CPU cooler is a tank, you might have a hard time installing it as there is not an abundance of room around the socket. Most people should have sufficient space to install their cooling though. I installed the Zalman 9700LED cooler with no issues. 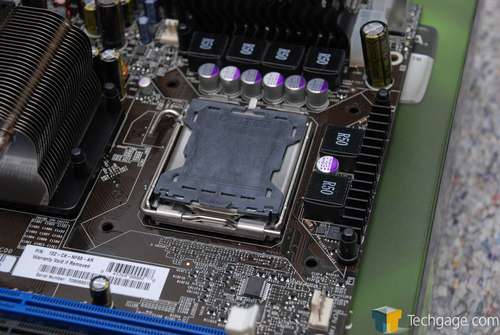 For those who enjoy staring at the back of motherboards for fun, here you go. 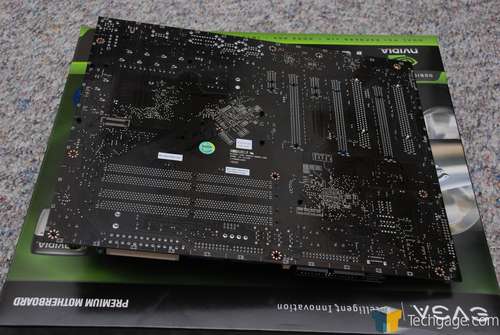 Before we wrap up, I will elaborate on the ATX connectors a little more. As you can see in the picture, I only had patience to install the ATX PWR SW connector. I think the only problem with their location is the fact that a 4-Pin molex connector is to plug in directly beside it. It’s not a big problem, but better placement would have been appreciated. 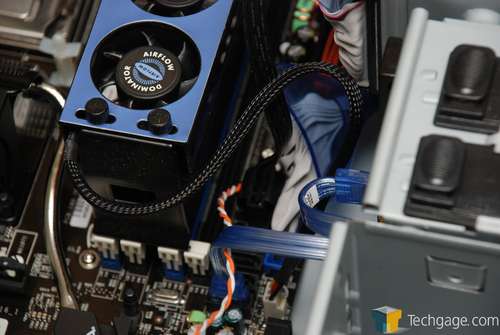 Next, we will take a look through the BIOS, which offers plenty of options for overclocking enthusiasts.