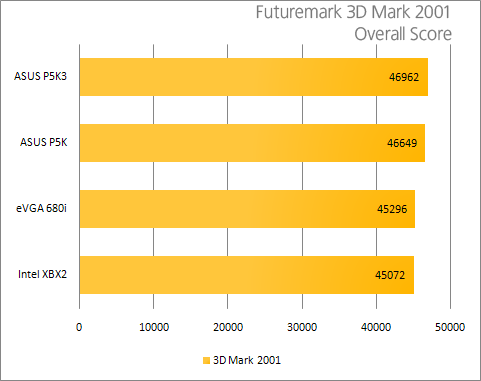 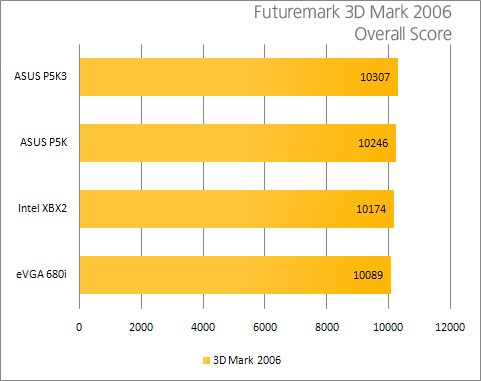 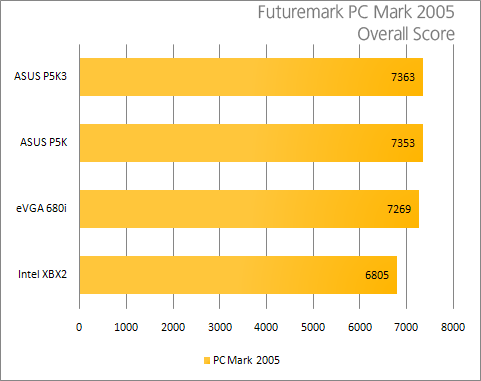 Throughout all of these synthetic benchmarks, the P35 boards took the top spots, with the eVGA falling behind by a few points.