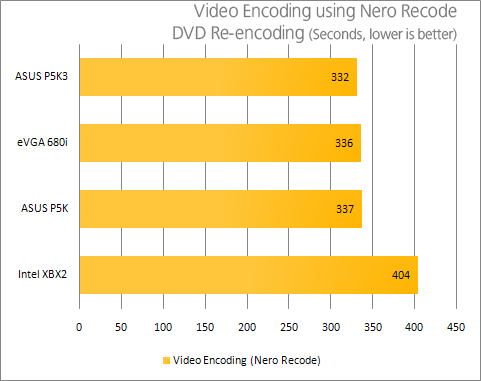 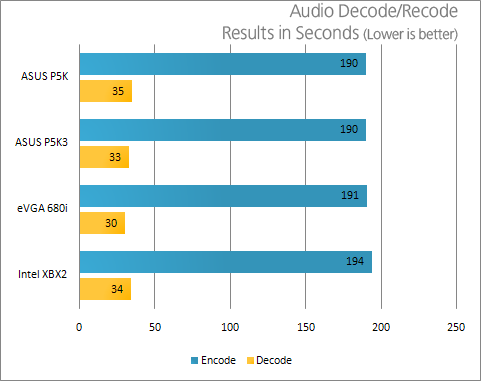 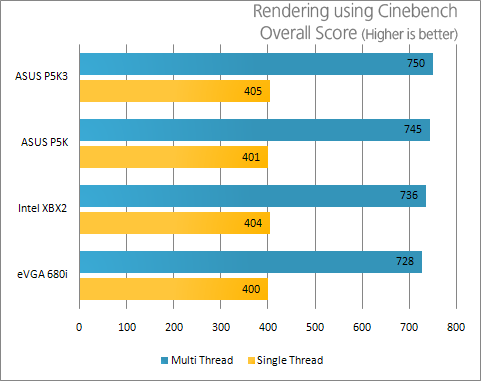 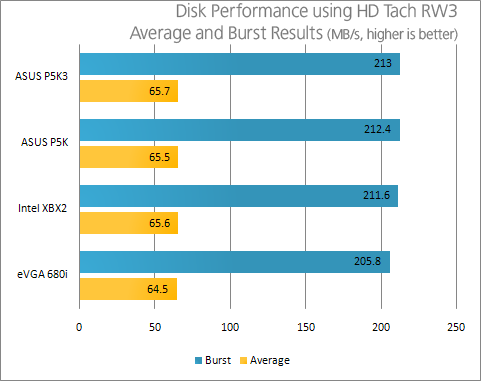 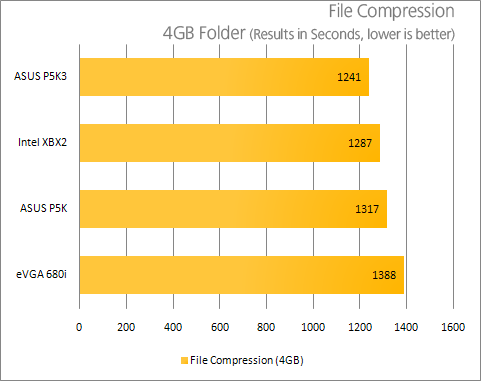 None of the results here are too terribly impressive, especially the chart above which shows that the 680i board took more than a minute longer than the P5K to compress the 4GB folder.