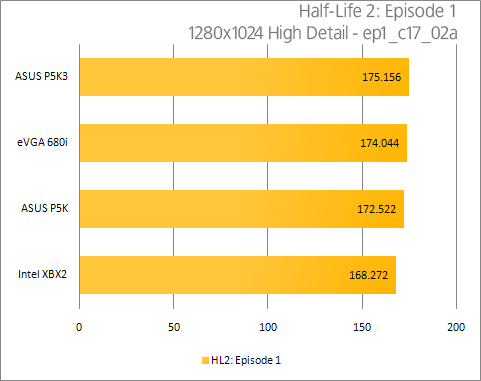 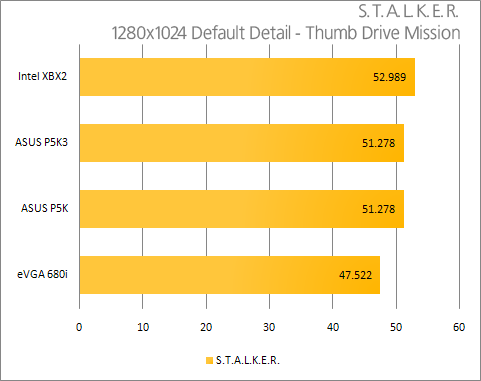 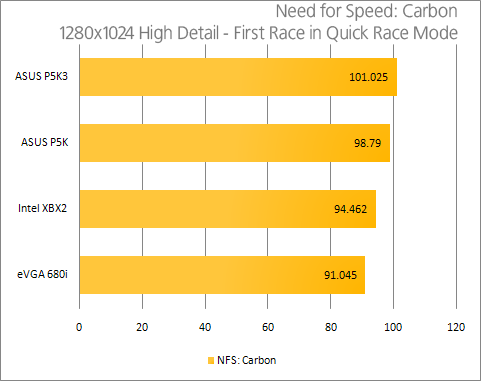 With the exception of the Half-Life 2 results, the 680i board fell behind the others in S.T.A.L.K.E.R. and NFS: Carbon. Of course, I am talking about >8FPS here, but it is a difference.