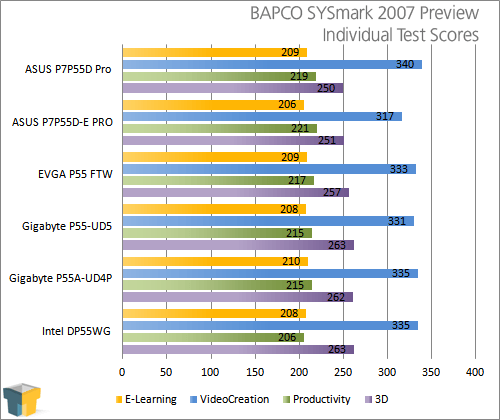 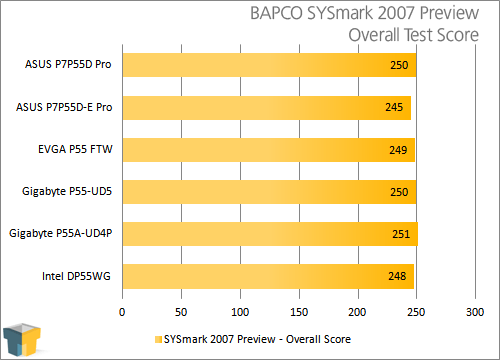 Like most of the motherboard benchmarks we run, the results don’t vary too much from board to board, which is a good thing. If a board happened to score far below what the others do, then we’d see a problem. The P55 FTW experiences no such thing.