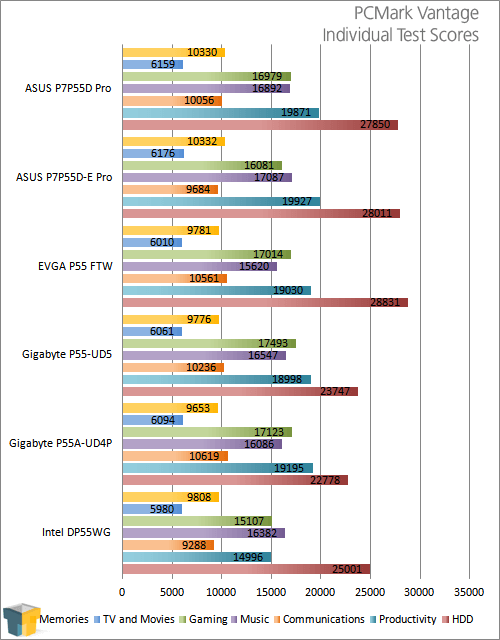 As we’d expect, the boards here flip/flop their strengths and weaknesses here, although neither could be considered bad in any scenario. A difference of less than 5% in a given scenario isn’t going to be easy to recognize in a real-world test.