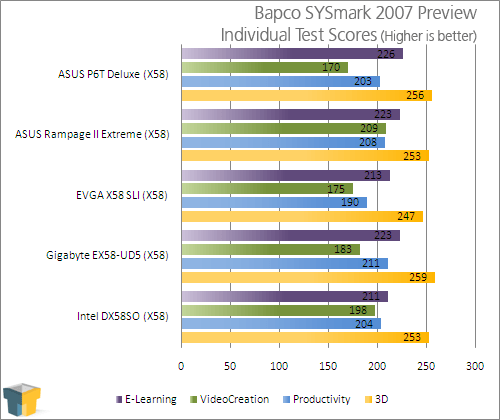 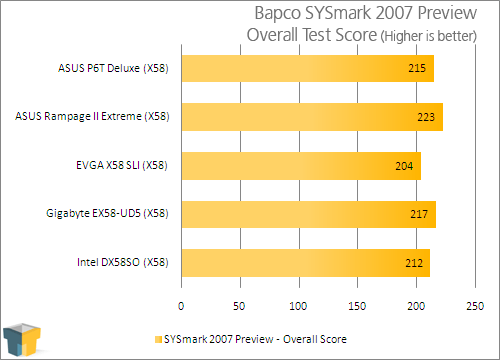 Our EVGA board performed just a wee bit slower than the others according to SYSmark, although I can’t explain why (as our other benchmarks prove otherwise). This result was consistent, however.