It’s a mixed bag, at best, and a bit of a confused mess at worst.

There is plenty to like about the game. Its accuracy at visual depictions of the cars and circuits is a high point. It’s easily the best-looking F1 racing game I know about. Despite my aforementioned complaints regarding some aspects of the classic cars, no other game – Codemasters’ or by other developers, including the ones who build the mods for games like rFactor – makes Formula 1 as beautiful as F1 2013 does. The continual evolution of the series may see just incremental improvements in the graphics department, but Codemasters does its exclusive license justice.

I can forgive the detail inaccuracies with the classic cars. In truth, most players (or even game testers) would probably never have noticed them. But I will freely admit, for better or for worse, that I am likely to be the most F1-mad game tester you’ll ever find, with a significant portion of my memory devoted to Formula 1. It’s a sport I’ve been passionate about for most of my near-forty years of life.

I also quite like how the game captures the most salient aspects of the F1 season upon which it is based. Tracks and team rosters are accurate. The player will feel as if they’re really fighting for the 2013 World Championship. 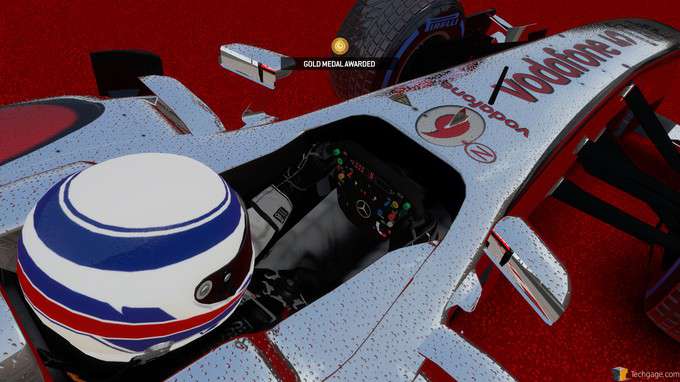 AI is also a very strong part of the package. As mentioned before, Codemasters’ execution of this part of the racing game experience is better than most other games of the genre.

But as strong as these parts of the game are, there are other parts where Codemasters can make improvements. For one thing, I feel that gameplay could be vastly improved if there was a “hardcore” mode, something that would enhance the connections between the player, the car, and the track. As is, the game is half-sim, half-arcade racer. I understand that Codemasters is trying to please as many people as possible by designing the game to be a “jack-of-all-trades”; unfortunately, what usually happens is you get a product that lacks a certain focus. Sim racers, unfortunately, will feel a bit left out because of where the game sits in the arcade-sim spectrum.

The overwhelming reliance on visual cues to simulate the experience of driving a racing car – and the subsequent lack of attention to the more tactile aspects of the experience – betrays the idea that F1 2013 is a console game ported over to the PC (as opposed to the other way around). Sure, wheel + pedal controllers are supported on current-gen consoles, but the vast majority of people play console games with a game pad. The result, then, is a dissatisfying impression that the car and driver aren’t really interacting with the track; immersiveness suffers. 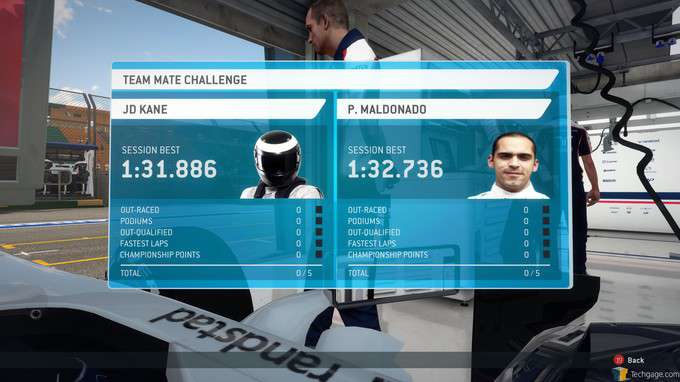 The decision to not even have force feedback be automatically enabled even on controllers with FFB support is also a sign that this game may not be for the more hardcore sim racing gamer.

And the continuing lack of a user-controllable clutch? That’s a huge and annoying disappointment.

The bottom line for Codemasters’ F1 2013 is that it’s an evolution of last year’s game. The core gameplay elements are largely the same, albeit with more polish. The addition of the classics content shows that Codemasters listens to its fan base: Last year, Rob suggested that adding vintage content would be a great addition to the next game. Lo and behold, Codemasters thought that was a good idea as well and came through. 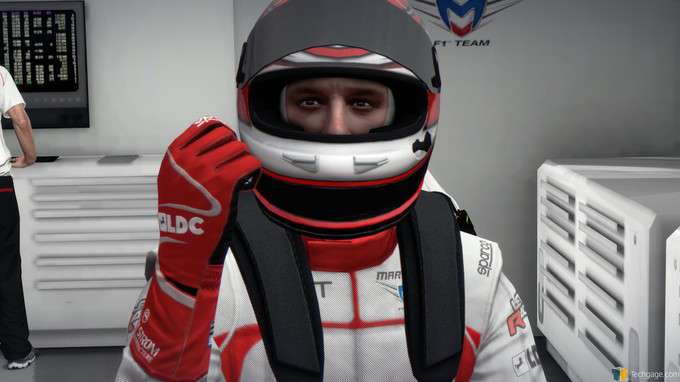 I really feel that adding more hardcore simulation elements would really make this series great. As it is, it’s still tremendous fun. The sim racer in me just wishes it was much closer to the simulation side of the spectrum than it currently is.