by Brandon Mietzner on December 26, 2012 in Gaming

When Far Cry first brought us to its shores in 2004, PC gamers were given a real treat: open-ended gameplay and a highly-detailed world. Far Cry 2 brought us an even bigger world, but never hit cruising speed with most people. Does Far Cry 3 have what it takes to return us to paradise, or should it have remained at sea?

(The following review contains some spoilers.)

The world is your oyster. In Far Cry 3, you assume the role of Jason Brody who’s on a vacation in southern Asia with his two brothers and four friends. Nearing the conclusion of their elite vacation, the group decides to have one last hurrah and go sky-diving – landing on an island in the middle of the Pacific. Unbeknownst to them, they are about to have their whole world torn asunder.

Upon reaching the island, they find out it isn’t as uninhabited as they were told; they are quickly captured by pirates, presumably to be sold into slavery. Jason and his oldest brother Grant are quickly interrogated by the pirate’s lunatic leader, Vaas. Vaas is clearly a psychopath, but he is merely a puppet – the puppet-master being Hoyt Volker, who is in control of the world’s largest human trafficking ring.

Grant had been in the Army, so he quickly takes charge, emphasizing to Jason that they need to get free to both save themselves and their friends – otherwise none of them will survive. The escape attempt is thwarted by Vaas, leading to Grant’s demise. Vaas witnesses Jason’s grief and desperation to keep Grant alive, then decides to give him the chance to escape or die, in a sick game of cat and mouse. 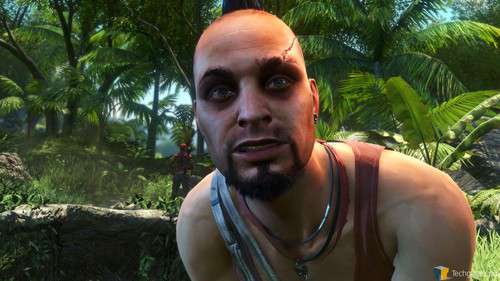 Jason’s almost killed during the escape, but he’s found and given aid by Dennis, a member of the Rakyat, the local tribe who are being oppressed and exploited by Vaas and Hoyt. Dennis inscribes a tattoo on Jason’s left arm; the Rakyat use this to illustrate the path of the warrior, which grows with the player as he unlocks new skills. From this point on, the island is opened up while following the path of the warrior – a path that is only hindered by your choice on how to approach the challenges that lay in front of you. 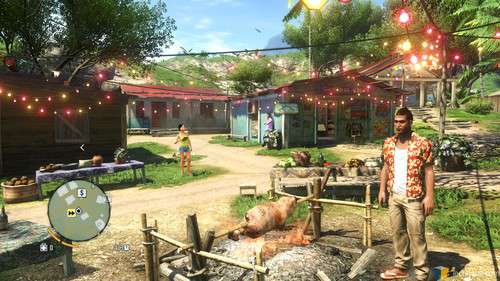 Far Cry 3 takes place on two islands; the northern island controlled by Vaas and his pirates, and the southern island controlled by Hoyt, his privateers and mercenary army. The story missions are not restrictive in that the game doesn’t force you to stay on the story missions or put in false exploration limitations. It’s quite the contrary. The game is very open, allowing you to peruse whatever tickles your fancy. I personally went through and opened up the entire northern island by taking over all of the enemy-controlled compounds and hunted the local wildlife to expand my inventory to the max. The southern island was unfortunately less generous; it did add new weapons, but no new expansions to the player gear. 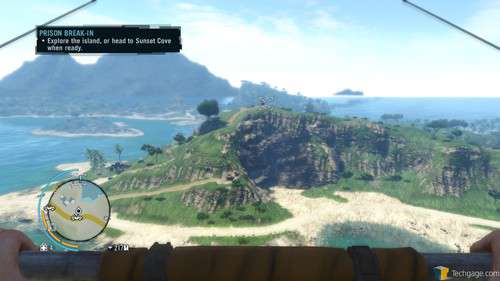 The primary protagonist, Vaas, stirred up some visceral emotions for me during the course of the game. I was seeking revenge for the kidnapping of Jason’s friends, some being sold into slavery, and Vaas killing Grant right in front of me. I was pleasantly surprised that I was playing someone who had no previous experience in a combat environment. I was taking the journey with him from day one, learning skills to survive in the jungle and rescue those who are most important to him. 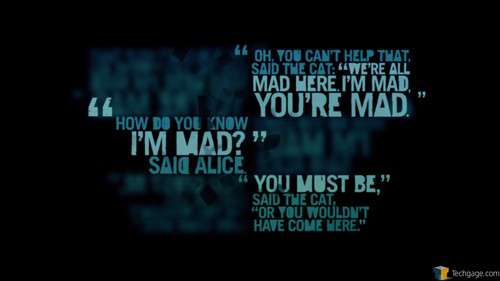 Jason’s duality of the world he knows vs. the world he was thrown into, was an interesting journey. The game questions what you would think or do if you were thrust into such a situation. The unfortunate part of the tale is that Hoyt is expected to play a bigger role, yet he only physically shows up once Vaas is tracked down. Hoyt is of course mentioned several times as being Vaas’ boss and that is all well and good, but Vaas had a direct impact on Jason and following the path of the warrior. Hoyt did not. 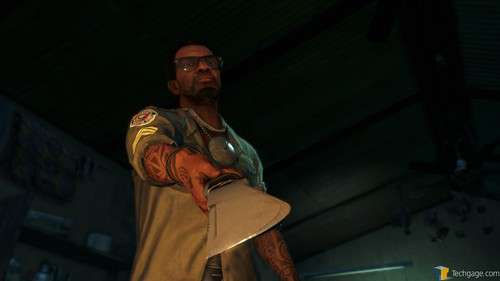 After I had rescued Jason’s friends, learned that his little brother Riley was dead, and killed Vaas, I felt no reason to continue on. This is the biggest let-down in story-telling I’ve come across in a long time. The game expects its players to keep going after 30+ hours because we should be motivated for revenge or just want to finish the game. This was not something I was overly interested in and I don’t think many gamers will be either. 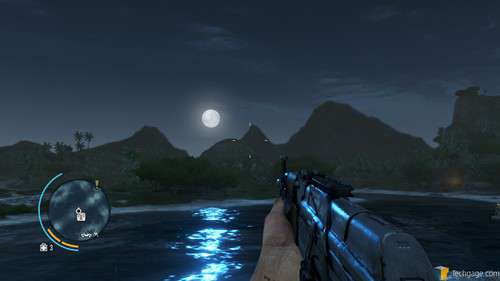 The next letdown was Hoyt’s part in the story, which accounts for about a quarter of the overall story and is told in a frantic pace. Again, Hoyt wasn’t as interesting to me as Vaas; there was no personal motivator to move forward. After about 6 more hours I did finally have a personal motivator, and it was bittersweet. I wasn’t compelled enough to complete the rest of the story and side missions; it all felt trivial at this point and I just wanted it to end.

The end of the story thankfully doesn’t end with Hoyt; it takes an interesting twist from there and continues a little longer with the Rakyat. The game ends with a choice, each of which have their own twist. I have only talked about a few of the characters in the game, but there are many more, mostly introduced during the first part of the story. Many are memorable in their own right; you didn’t think I would give away everything did you? 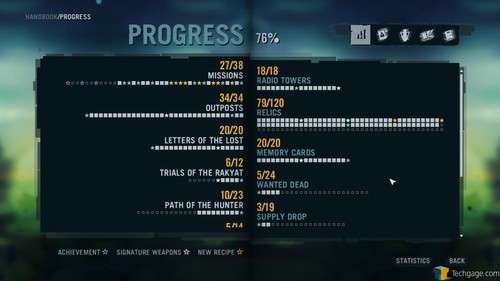 I mentioned before that Far cry 3 offers you much to do; it took me around 48 hours to complete and I had not found every relic, or complete all of the side missions and challenges available. Again, the game is very open; you have access to a majority of the weapons for a price or they can be unlocked for free if you deactivate jammers on the radio towers. The radio towers will also open up the map, providing additional intel on things like the terrain layout, hunting areas and collectables if you have paid for the map at the store. 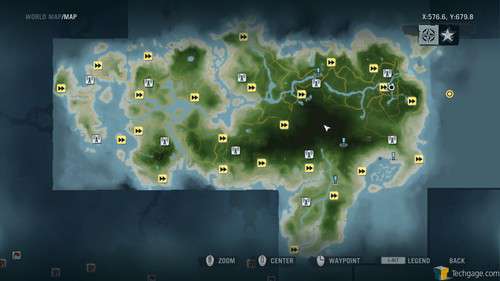 Far Cry 3 offers a minor role-playing mechanic with regards to the skills. The skills are unlocked by obtaining experience points for killing pirates and privateers and completing side missions and the primary story. After so much experience, you gain a skill point. The skills are broken up into 3 subsets; some are locked right off the bat but can be unlocked by playing through the story or as the game puts it, “the path of the warrior”. This shouldn’t be confused with the path of the warrior side missions. A few of these skills are locked and connected to side missions or take-down moves, but none are difficult to obtain.

The handbook keeps track of everything you do and learn in the game. There are some very colorful and funny descriptions in there; I recommend you check them out. The handbook will tell you when you are close to opening up a new recipe, signature weapon or achievement. The recipes are also unlocked during the story and are created by cultivating local plant life. These items take up space in your backpack and do not stack, so you need to make sure you take only what you need and plan to use in the near future. 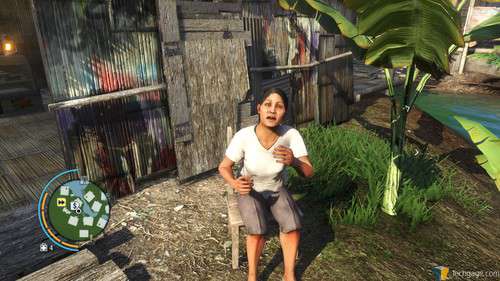 The world may be open and vast, but the game’s retention of items or enemy locations isn’t. As an example, I would clear out a section of the jungle, advance in on a compound, and all of a sudden a few guys would show up from the area I had just cleared out. This was further compounded when I would take out a few guys in a vehicle on the road, when there would be wave after wave of enemies in vehicles. I have also parked a vehicle to grab a relic or loot a chest and it would disappear when I went back to it. This happened more than once and was very frustrating. 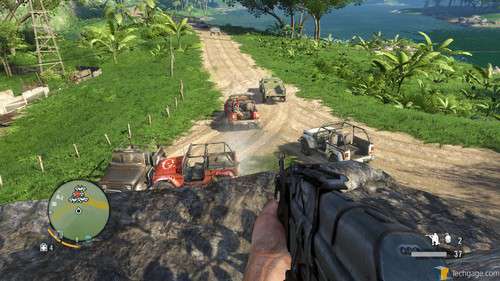 The original Far Cry was a horrid experience for me, because we had all that lush foliage but it would provide no cover to hide. Far Cry 3 resolves this problem and I enjoyed it much more as a result. However, when I was sniping a compound and killed an enemy, the AI knew exactly where to look and where to run to. I could change position and hide, but they shouldn’t have been able to figure my position when the sniper rifle had a sound suppressor.