Testing the Puget Systems Test Bench’s performance is pretty straightforward. I’ll be evaluating it on three main criteria: thermal performance, subjective noise output observations, and ease of installation and use.

Just as a refresher, here is the test system:

To test cooling performance, I will use the OCCT CPU stability test program to generate maximum CPU load and temperatures as well as MSI Kombustor for the GPU temperature testing. Ambient temperature will be kept constant at 72°F/22.22°C.

A preliminary note about thermal testing: A PC chassis being reviewed ought to be in as close to stock configuration as possible. That means I won’t add fans to the system (other than what comes with certain components’ cooling systems). Since the Puget Systems Test Bench doesn’t come with any fans, this is a moot point. But I think it’s important to state and enforce the ground rules before proceeding. 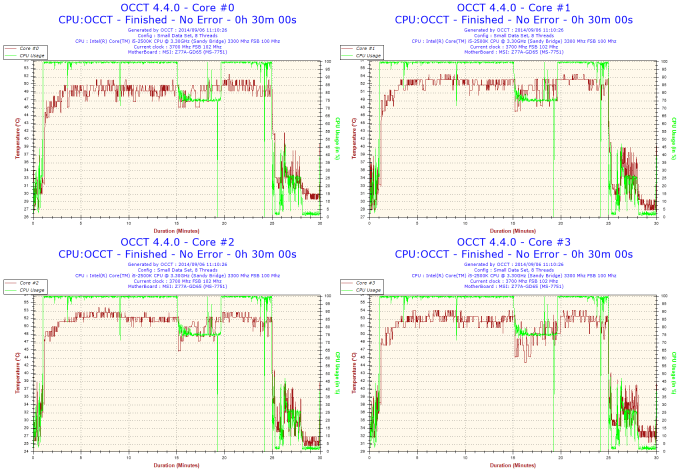 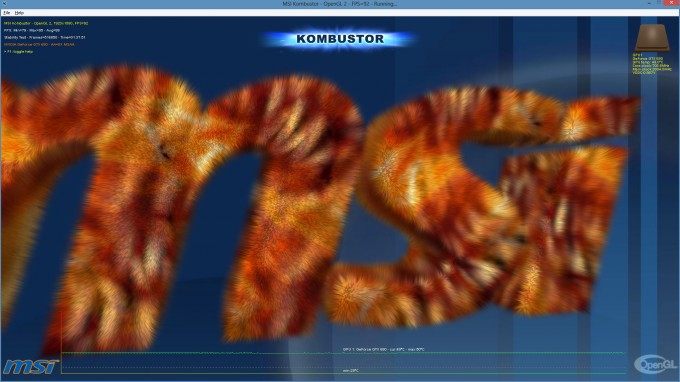 Whatever the explanation, the data speak for themselves.

Moving on to noise output, the Puget System Test Bench’s performance will depend completely on your components’ acoustic characteristics. If your system uses noisy fans, you’ll hear them. My test system, though, uses quiet fans. All you’ll hear is the gentle whoosh of the Arctic 120mm fan on the GPU radiator as well as the two 140mm Cougar Dual-X fans installed on the NZXT Havik 140. The sound signature is pleasant and never overwhelming, even when the RPMs ramp up to meet escalating cooling demands.

As far as installation goes, the Test Bench does have to be assembled. I don’t know if you might be put off by this, but I personally love assembling things. It certainly helps that Puget Systems provides such excellent instructions. Even taking my time, it took only about forty- to forty-five minutes to construct the Test Bench. Perhaps the most frustrating thing about assembly is the fact that you must remove the protective paper lining stuck onto the acrylic panels. It’s really the only notable impediment to just jumping in and putting the thing together.

Installing your test system into the Test Bench is even easier. It took me less than ten minutes to install the entirety of the test system into the Puget Systems Test Bench. Obviously, in terms of ease of system installation, the Test Bench is off the charts. And should you want to swap out a motherboard or storage devices, pulling off the power and data cables will take longer than actually uninstalling these components.

Now for some final thoughts.