Pukka test benches aren’t for everyone. They’re designed mainly for hardware testers who need quick and easy access to their systems’ components as well as super-hardcore overclockers who need an open chassis so that they can pour exotic cooling solutions such as liquid nitrogen (LN2) into pots when they chase after their record overclocks. There is, however, a growing niche of users who use an open test bench for purely aesthetic reasons.

While I won’t exactly call Puget Systems’ Test Bench EATX Version 1 the prettiest open bench available, it is actually quite good-looking. I think it actually looks better than my own Danger Den Torture Rack. If you’re a proponent of the maxim “Form follows function,” then you’ll like the Test Bench’s no-nonsense aesthetics.

But where it is really superior to just about any PC chassis I’ve ever used – and I include both closed chassis and test benches here – is in its ease of use. Sure, you have to build it up from a pile of acrylic panels and multiple bags of screws and nuts, but once it’s all put together all you have to do is take about ten minutes to install your system and you’re ready to go. 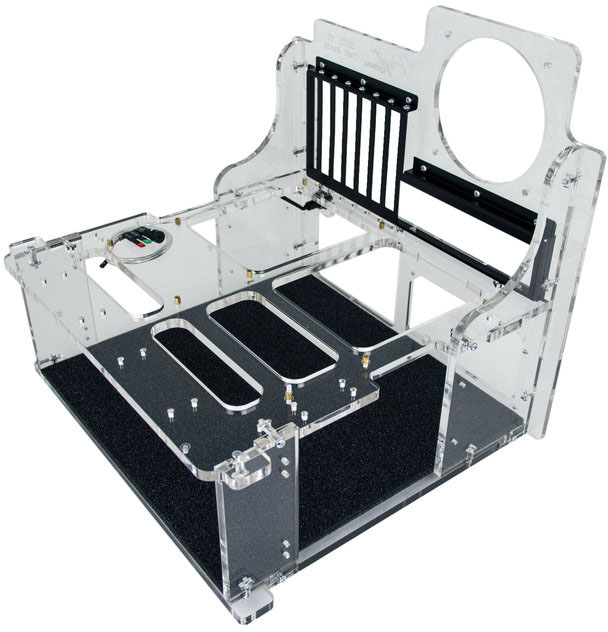 It’s a superbly engineered and designed chassis, too. Assembly is almost as easy as LEGO, and once every screw is tightened down it’s as solid a structure as any PC chassis I’ve ever used. It’s clear even as you’re putting it together that it wasn’t the marketing folks at Puget Systems who conceived of this product; you never get the impression that the company just thought, “Hey, let’s put out an open test bench and make a few more bucks that way.” In fact, this is what Puget Systems itself says about test benches:

Test benches are certainly nothing new and are something we have been using at Puget Systems ever since the company was founded. However, we have never found a test bench that completely suits all of our needs. Because of this we finally decided to spend the time and effort to design and build our own unique bench based on the needs of our repair and production departments.

I’d say the company did a great job. 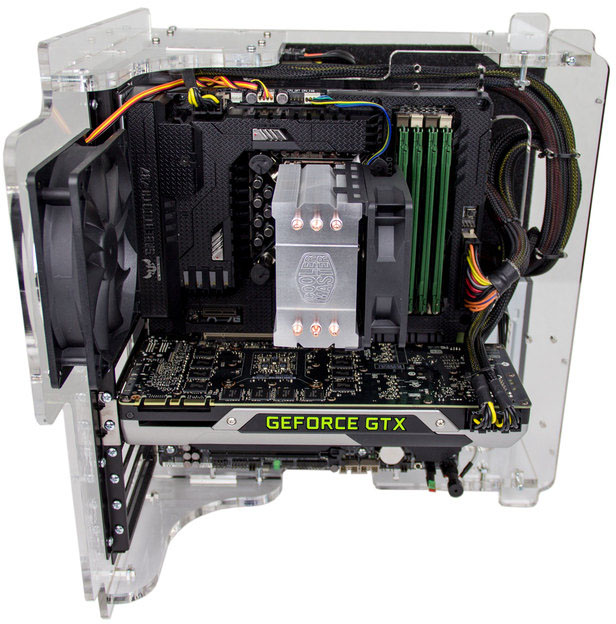 In terms of performance you don’t lose much to the cooling potential of a superbly designed closed chassis. Indeed, in some instances, you might even get superior thermal dissipation in the Puget Systems Test Bench. On the other hand, if you want a quiet system, you shouldn’t use loud fans in a chassis like this. Because it’s open to the elements, there is nothing to dampen fan noise.

So is the Puget Systems Test Bench EATX Version 1 worth its $174.98 asking price? Currently it’s only sold in Puget Systems’ own website, so it’s unlikely you’ll be able to see one in the flesh, so to speak. I think the answer to that question depends entirely on whether or not you really need a test bench.

Then again, you could just choose to be one of those people who want to show off their PCs sexy bits.  There’s nothing wrong with that at all.