The Define R4 made installation a breeze, but there was one snafu. When installing a 3.5″ drive into the top slot of the cage, the two screws used to secure the plastic guide made contact with the top of the drive. This is due to the fact that the drive sits on thick rubber washers used to absorb vibrations, which raises it slightly. 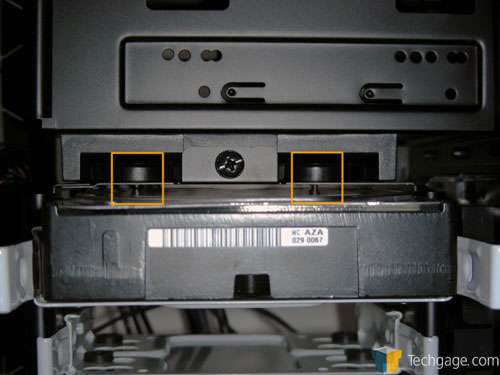 There are a few ways to get around this, the easiest of which is to use the second tray down. The other options are to remove the two screws and grind them down 1/16″ or not use the rubber washers at all so the drive rests directly on the tray.

We decided to go with the first option and installed our test drive into the second bay. Everything else lined up perfectly and there was ton of room to work. The build quality was also incredible with no flexing observed anywhere.

There’s almost a full inch of clearance between the back of the motherboard tray and the right panel, so tucking cables away shouldn’t be a problem either.

With everything in and all of the wires connected, here’s what most folks can expect to see when all is said and done. 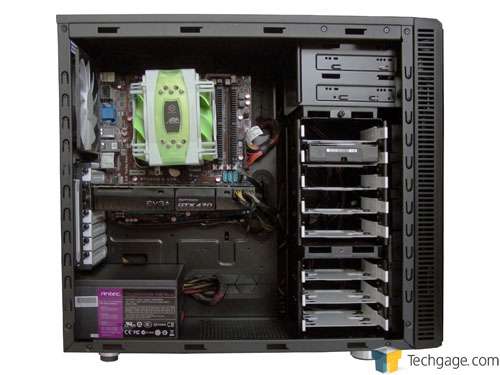 As mentioned earlier, we’ve made a change to our test system and have swapped out the Corsair H60 all-in-one liquid CPU cooler in favour of the Thermaltake Jing air cooler. This change was made so that we can get a more accurate read on just how well a case can radiate and vent heat to the outside.

Please note that even though the Jing looks a little skewed, CPU contact is perfect as the pressure is equal all the way around and the base is large enough to cover the entire chip. 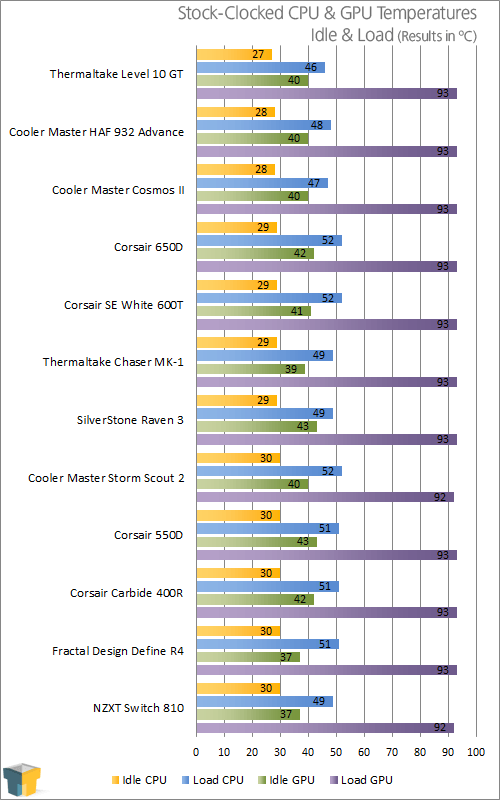 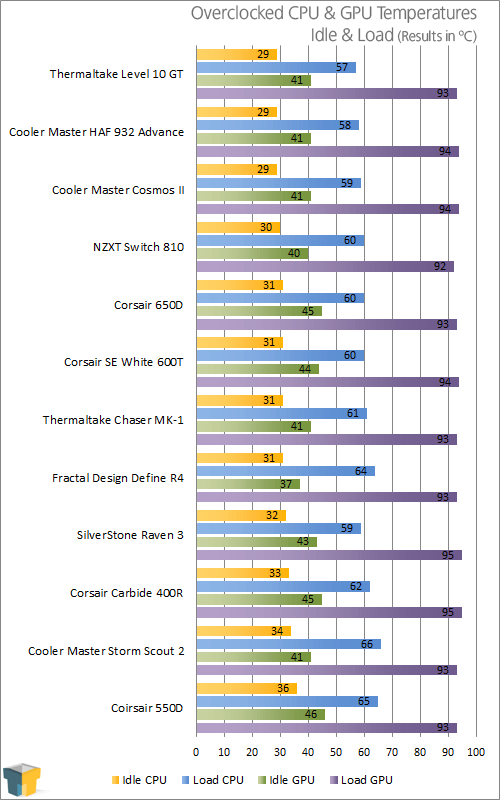 For the sake of time, we weren’t able to retest other cases that we’ve looked at in the past using this new configuration, but have included those numbers so readers can compare. After seeing the results, it looks like this change is doing exactly what we expected. We are now relying solely on the case fans to vent the warm air and not the CPU cooler.

If we look at the Antec SOLO II, which is another “silent” case that had a similar stock cooling setup, but used the H60, we see that the Define R4 matched the overclocked load temperatures, although the SOLO II used 120mm fans whereas the Define R4 uses 140mm.

Our CPU stayed under the thermal limit (69.8ºC) and GPU temperatures remained on par with testing thanks to a very powerful, but very noisy fan.

Speaking of the GPU fan, it sounds like a leaf-blower when temperatures exceed 90 degrees, but thanks to the foam on the front door, lining on the side panels and the inserts over the unused fan areas, the R4 stayed as quiet as possible. While we didn’t measure sound levels with any instrumentation, from my experience it proved to be the quietest case we’ve ever tested.

Did my first experience with a Fractal Design case meet or exceed my expectations?