I’m so glad I drew the assignment to review Func’s HS-260 gaming headset.

You might think that after a little more than a year of reviewing headsets from a variety of manufacturers, I’d be tired of sampling this type of equipment. The truth is, I’m a bit of an audio junkie, and I honestly love doing this for Techgage.

Of course, some headsets are better than others. Some you look at, and you’re not surprised why it doesn’t satisfy your ears too much. Others you find yourself really surprised at how good they sound. 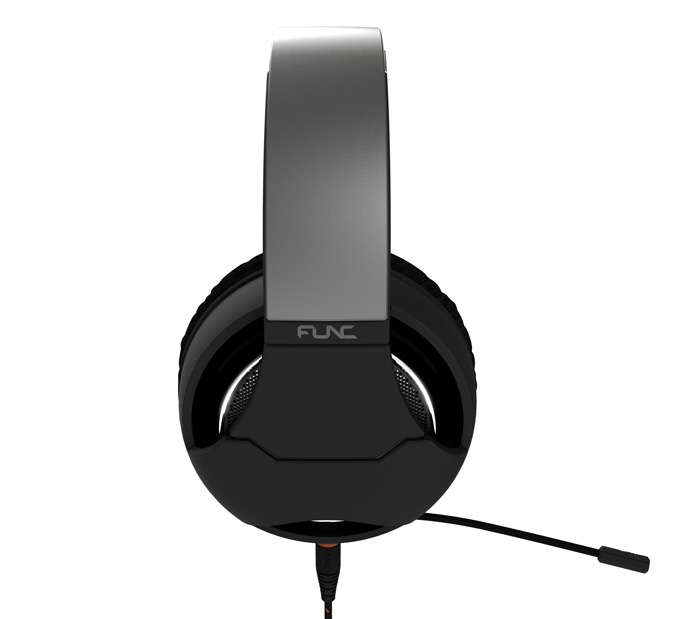 At this point in the review, I won’t tell you about how it performs. That’s for later.

But I think that this is a smart-looking headset. I suppose I have a preference for austere, serious-looking gear, and I think the HS-260 certainly fits the description. I will confess that I got some good-natured ribbing from some friends at the office when they saw me with the HS-260 on my way to lunch one time. I was going to test it on my iPod classic, and the nature of my co-workers’ jokes had to do with the HS-260’s apparently gigantic proportions.

The HS-260’s 50mm drivers probably have something to do with why my work friends were throwing jokes in my direction. To me, it’s not that big. But I guess my co-workers think differently. They probably have zero experience with anything other than those silly, tinny-sounding ear buds Apple provides with their iPods. I laugh at them, then. 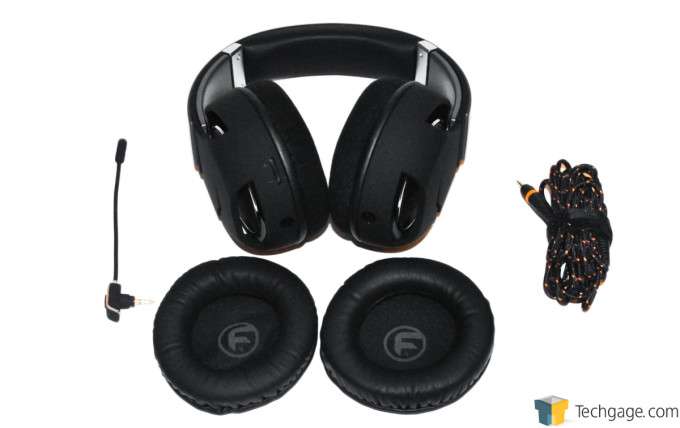 Here’s a look at everything Func has included in the box. There’s the headset unit itself, of course. Then there’s the removable mic stalk and the detachable braided cable. Func has also provided an extra pair of padded ear pieces for the speakers, which is a great touch. Finally, there is a rudimentary user’s manual as well. 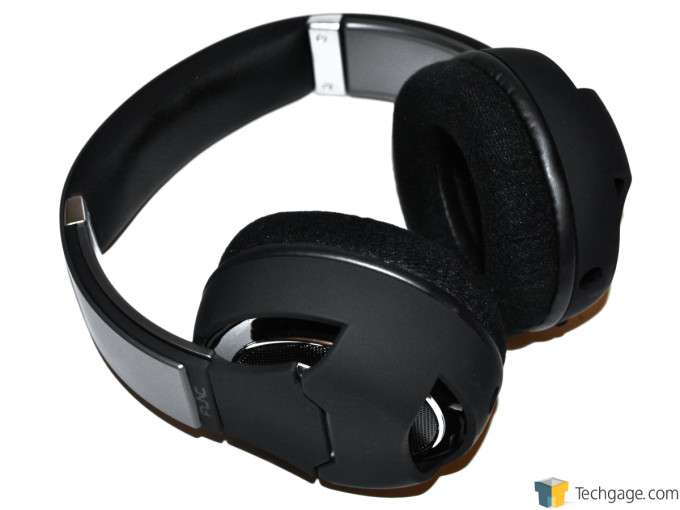 The headset unit itself really hits the spot, as far as I’m concerned. I like its business-like aesthetic. There is nothing garish or lurid about the HS-260. As far as appearance goes, this headset is as classy at things get. 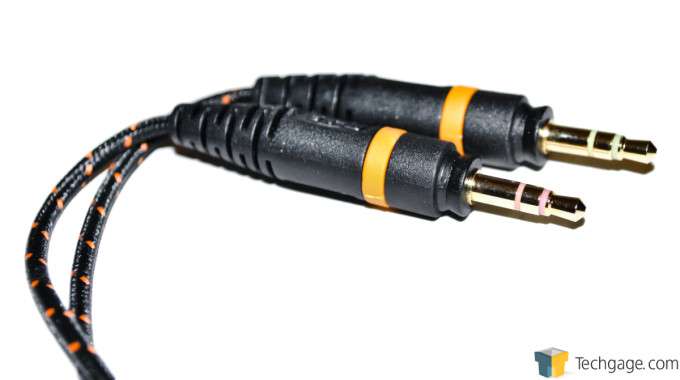 The detachable braided cable, on the other hand, is perhaps the one obvious concession Func gives to the stereotypical gamer. Covered in a relatively eye-catching black and red braided sleeve, it’s a contrast to the mostly dark matte greys and black, with some tasteful chrome accenting of the drivers’ exterior surfaces, of the headset unit. Having said that, it’s really not garish at all. What it is, though, is an interesting visual counterpoint compared to the headset unit itself. The cable is a 1-into-2 type: The cable is detachable via a single connector, and on the other end are two 3.5mm connectors. As typical, the connector with the lime green rings is the audio out connector, while the one with the pink rings is the microphone in connector.

And here is a close-up of the detachable microphone. The stalk is both flexible enough so that it can be bent to any desired shape, and stiff enough to stay in that shape. The mic unit has a sliding mute switch on its bottom surface for those moments when you need or want “radio silence” on your comms. 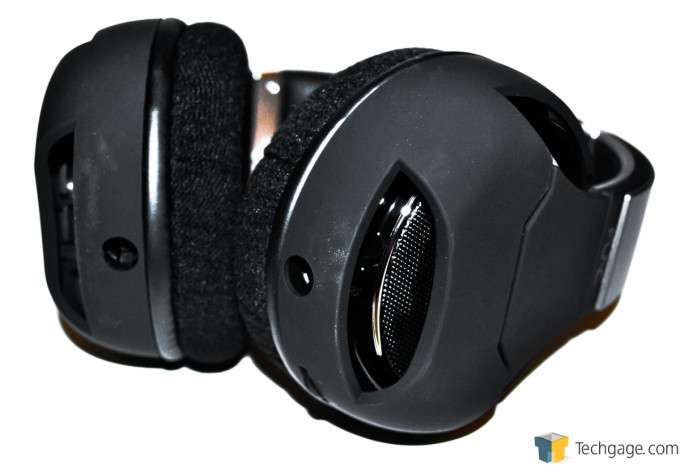 When I looked at both the cable and the microphone unit, I noticed that their connectors looked virtually the same size. A measurement confirmed my initial visual appraisal: They were the same size. So I looked at the bottom of both ear cups where both the mic and the cable jacks were. Obviously these were the same size as well. So did a quick test, swapping both the cable and the mic between each jack. Lo and behold, the jacks were interchangeable! You can plug in the mic and the cable into either jack, and the whole thing just works. I have honestly never seen that before in a gaming headset. Color me impressed.

Also, the left speaker has a rolling volume control on it. It’s a logical place to put it, and it’s easy to get to.

Now that we’ve had a good, close look at the HS-260, let’s talk about how it performs.