The Func HS-260, as with all headsets we test here at Techgage, was tested to evaluate its performance in three major criteria: Ergonomics, Functionality, and Sound Quality. I feel that these are the most important points to appraise when it comes to this type of equipment.

I tested the HS-260 over a period of roughly two weeks, which is roughly the average time for speakers to achieve a certain consistency in its sound output. I’ve observed that most speakers’ sonic signature tends to change over time; sometime within these first two weeks, speakers seem to “bed in” and settle into their ultimate sonic signature.

In one word, they are superb. The headband achieves the perfect balance between being tight enough to keep the headset on my somewhat large-ish melon, and not being too tight to the point of discomfort. Also, it should be noted that, unlike most headsets, it didn’t seem to take the HS-260 any time at all for its headband to conform itself to my head’s dimensions. When testing headsets, I always expect for there to be at least some time for the thing to adjust and mould itself to my head. Out of the box, the HS-260 just seemed to be made for me. 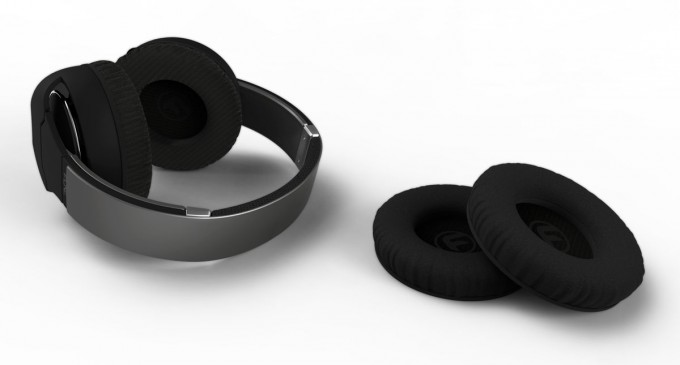 Ditto the ear cups. I’ve commented in the past about how some headsets seem to have ear cups that seem to be a bit under-sized. The HS-260’s ear cups are just as how I prefer them: They allow my entire ear to sit inside them, and they do so with absolute comfort. To be perfectly honest, even comparing the HS-260 to my personal gear (Shure SRH840 and Beyerdynamic DT880 Pro), the Func just might be slightly superior in the ear cup department in that particular aspect. I can wear and use these for hours and feel no discomfort whatsoever. Also, it must be said that the HS-260 doesn’t feel big or heavy, despite my co-workers’ jokes.

As brilliant as its ergonomic qualities are, the HS-260 is just as accomplished when it comes to functionality. I especially love the interchangeable cable/mic jacks. It’s a unique feature as far as I know. The reason for my enthusiasm for this particular element of the HS-260’s design is the fact that there really is no standard position where to place your PC; some people have their PC on their right, and some have it on their left. This actually is also a bit true for laptops as well, since some have their audio connectors on the right side of the chassis, while others have them on the left side. The point is, these interchangeable dual-function connectors is a huge convenience for users because it eliminates the possibility of having the cables cross over one’s body no matter where their PC’s audio connectors happen to be. Maybe it’s just me, but honestly, I dislike it when cables have to cross my body. I mean, I can always have my arms above the cables; the issue is if the cables cross my torso, there’s always the possibility of getting tangled up with the cable. Func’s innovative and elegant solution obviates this possibility completely.

I also love that the HS-260 is not your typical gaming headset. I mean, it’s great for games, doing what all the best gaming headsets I’ve tested do. It’s great at positional audio. In shooters this is a great quality; you can tell where everything’s coming from just from audio cues. Explosions and other bass-heavy effects are also satisfying, with high frequency sounds like bullets zinging past your head being just as good.

As far as the microphone is concerned, it works well. I don’t indulge in multi-player gaming, but to test the HS-260’s mic I used it on Skype. My conversation partners reported that my voice came in loud and clear. That’s really all you ask from a microphone. 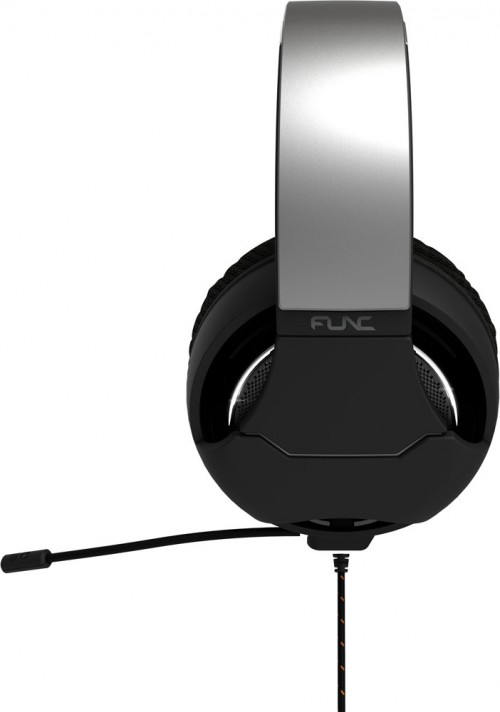 The HS-260 is also quite versatile, being great for movies and for music as well. As usual, I tested the HS-260 with Star Wars Episode III: Revenge of the Sith, an ideal choice because of the plethora of positional audio effects. Although it’s just a stereo headset, it still gave me a super-satisfying experience. You see a lightsaber waving about on-screen on the left side, and that’s where you’ll hear it too. All those starfighters flying all over the place register aurally where you would expect them. And as far as music goes, well…

I evaluate a piece of audio equipment’s sound quality by listening to music. Running the gamut from rock, R&B, classical, and other genres, I listen to a wide variety of tunes, ones I’m intimately familiar with. This methodology gives me the advantage of knowing what to look for during playback. Well-recorded songs have nuances – stuff like that subtle whispered harmony to Josh Homme’s vocal on Queens of the Stone Age’s No One Knows, or that fourth and fifth guitar track complementing the main rhythm parts and an arpeggiated track on the Foo Fighters’ Ain’t It The Life – that tend to get lost in the mix when played back through a sub-par piece of audio equipment.

I’ll cut right to the chase: The HS-260 is the best-sounding headset I have ever reviewed. Bar none.

I was frankly amazed at just how close the HS-260 sounds compared to my Shure SRH840. My SRH840 (and my favorite Beyerdynamic DT880 Pro) is classified as a monitoring headphone, which means it plays back music (and other output) without any treble or bass bias. The point of using monitoring headphones (and speakers) is for the listener to hear the recording as the artist intended.

The HS-260 is not quite as flat (i.e., bias-free) as either my Shure or my Beyerdynamic headphones, but it was very hard to detect its biases. Bass playback was comparable to my personal cans, as was the treble. Where the Func seemed to have a bit of a boost in frequencies compared to my personal headphones was in the midrange. And that’s certainly not a bad thing, in my opinion. Personally, I would much rather prefer a slight increase in midrange levels; too much of a bass boost makes low-frequency output sound sloppy, while too much of a treble boost is just unpleasant to listen to.

Not only that, but the HS-260 was also very good at revealing subtleties in recordings just as I had described a few paragraphs up. Most of the other gaming audio gear I’ve tested for Techgage simply fail at this criterion.