Gaming headsets are usually one-trick ponies: They’re fine in games, but tend to fall a bit when you use them for movies or to listen to music with.

The headset is very comfortable to wear and use for hours on end, and its constituent parts work sans problems. It’s got its own unique design tricks – I just love the interchangeable dual-function connectors on the bottom of the ear cups – that not only makes it stand out amongst the throng of market competitors, but also provides a functional advantage (which lives up to the “Func” name).

And not only is it comfortable to use, it’s also versatile. Games, movies, music… this headset has no weaknesses in terms of functionality. I love how it’s not specialized. Sure, it’s classified as a gaming headset, but it doesn’t look like one (no faux camo decoration, no outlandish styling). Furthermore, it doesn’t really work like a typical one, which is an excellent thing indeed.

It’s peerless among its market competition when it comes to sound quality, as well. Indeed, its sonic signature is amazingly close to established performers in the “affordable” audiophile space. 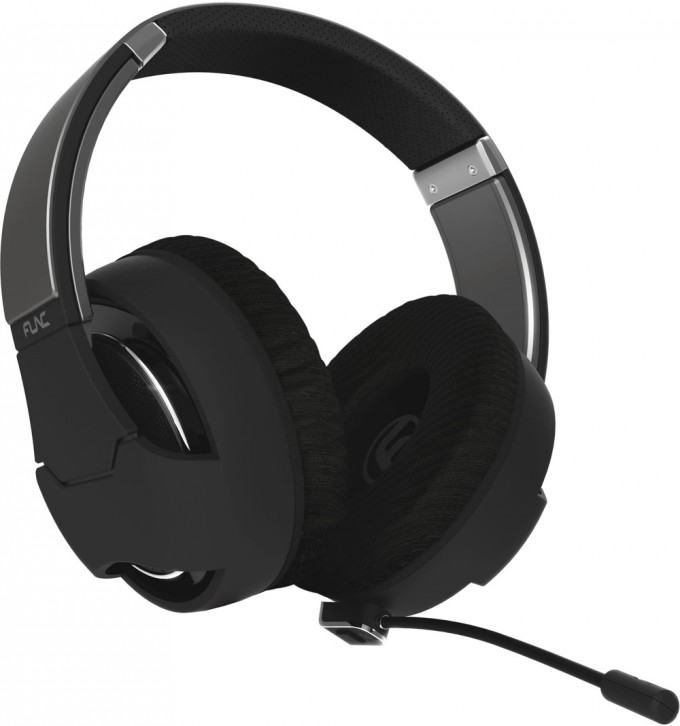 I have never been so enthused with reviewing a piece of audio equipment as I have been with the Func HS-260. It has honestly shattered my own definitions of what a gaming headset can really be.

The HS-260 is a game changer; it has moved the goal posts far beyond where they used to be, and has established itself as the benchmark for gaming headsets. As hyperbolic as all of this sounds, I honestly think and feel that I’m still doing an inadequate job of describing just how good the HS-260 really is.

And you know what else? For something that sounds as divine as the HS-260 does, the price of admission is just frankly astonishing. You can get one of these headsets for a mere $80.00. If you think that sounds expensive, it’s really not. I’m not comparing this to other gaming headsets in the market, where the HS-260 sits in a good sweet spot price-wise. No, I’m actually putting it in the company of the cheaper of my personal monitoring headphones, the Shure SRH840, which I bought on sale at around $160.00. To my ears, the SRH840 is not twice as good as the Func HS-260.

It should go without saying that the Func HS-260 easily earns Techgage’s Editor’s Choice award.