by Rob Williams on January 11, 2006 in Peripherals

Gamers don’t want to put up with subpar equipment… they want the best. Seeing that high-end hardware can be extremely expensive, it’s good to start with the modest mousepad! Today, we are taking a look at the Func sUrface 1030 mousepad, which looks to offer much more to the gamer than other pads on the market.

Ahh, the simple mouse pad. Many people think that mouse pads are a simple ‘accessory’, but are they really? I admit, I used to be one of the people who used to think that using your desk as a mouse pad would suffice. Heck, up until a few months ago when my friend built a new computer, he was using a 4 year old mouse pad that he received with his Compaq… and it was starting to bow! As any true gamer can tell you though, there is a huge difference between a generic mouse pad and that of one designed for gamers. 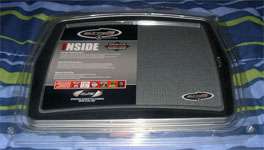 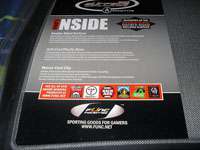 If you are the type of person who is simply not fussy about your mouse pad, then chances are you don’t mind getting your ass kicked online either. People who spend extra dough on a good mouse pad do it for one reason, to own. It’s not to ‘spice’ up the look of their desk, although a mouse pad in the shape of a doily may not be so bad. Func is a company that was established before the turn of the century who had a single goal, to cater to the gamer so that their ‘game’ improves.

Before I received the pad though, I already knew full well that it received many awards from other publications. Of course other people say it’s great, but it’s hard to know it for yourself unless you actually have it in your hands. Needless to say, I could not wait to tear open the package and test this baby out.

The contents come in a large, clear blister pack. It’s see-thru of course, so that you can see exactly what you are getting. The package opens very easily, which is something I can’t say about half of the other products on the market that require you grab scissors. After taking the contents out, you can see that they crammed a lot of product into a small package. 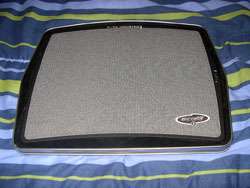 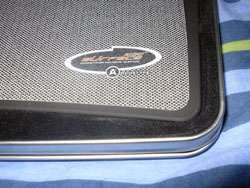 The mouse pad includes a metal case which is used to protect it during travel. I have to say that this is a great idea and should prove useful to anyone who regularly attends lan parties. Despite it being metal, it’s not the sturdiest case out there though. The main thing is though, that it will get beat up instead of your mouse pad.

The inside of this case is lined with black felt… very classy. It’s obvious that they care about your mouse pad as much as you do, so they take the extra steps to provide what you need to keep it in great condition.