The GDC, Game Developer’s Conference, for those of you who haven’t been keeping up, kicks off today (March 21st.) It is located in the heart of San Jose, California and promises to be a showcase for the heavy hitters in the gaming industry.

Greetings from the GDC!

Stepping off the plane, into California for the first time, I was shocked when I came to the realization that the shitty weather I left in Indiana apparently followed me out here but finding time to warm up a few degrees on its way west. As I meet the chauffer, I walked to the limo only to discover that it was also raining.

The GDC isn’t going to swing into full gear until Wednesday, 22nd. That doesn’t mean that the San Jose convention center has been quiet but on the contrary, there have been plenty of commotion in and around the GDC. The focus of the first couple of days has been on mobile gaming. During this time, I have not been at the GDC but in the hotel with other members of the press awaiting news from AGEIA. My first take on their new PPU can be found here.

Tonight we had the opportunity to attend, as members of the press, a press preview of some interesting items. These include PCs running the new Intel Conroe CPUs both mobile and desktop. Also in the preview were booths from Freescale, Falanx, Softimage, Nokia, Gamecaster, Technicolor, Sony, CRI MW, Seapine Software, Novint, Emergent, Solid State Networks and Sun Microsystems. While this seems like a lot of people to talk to, it pales in comparison of what is in store for me, and ultimately you, tomorrow.

Let’s take a closet look at some of these offerings from the above mentioned companies.

The first company that caught my eye was Solis State Networks. This is in part to the fact that they were the booth directly in front of the entrance but also because they had a display setup that was nice and caught your eye. Solid State is based in Tempe, Arizona and had a nice package on display. When you first look at their setup, you notice 3 LCD screens each displaying something different. Below and to the side of these screens, you find a pair of Nintendo DS’s, a cell phone running a version of Windows, an XBOX, a Mac mini and a SFF PC running Windows XP. You might be thinking that this is an eclectic variety of hardware until you find out that their service provides. I had the opportunity to speak with Larry Marchman, SSN’s VP of Sales and as any good salesman does, he immediately started filling me in on why they were here and what they had to offer. What they do is make client software, based on the bit-torrent protocol. What this means is that they are developing high performance distributed content delivery solutions. This all was debuted to the tech world today at the GDC press preview and from what I saw, this looks promising.

What this means is that when this is implemented, you, the end user will be able to download high-demand, massive digital objects, including PC and console video games, high resolution video including feature films and television programs, music, and software programs. This is some serious shit and should sound familiar to you. Perhaps if you concentrate on the name of this company you can find a subtle hint at their main competition.

This will be, in essence, the same as Seam only much more broad and diverse. This will work with all of the above mentioned platforms and I am told, will interact just as well with the Sony PSP. This, my friends, is definitely something you should pay attention to. I know I will be. 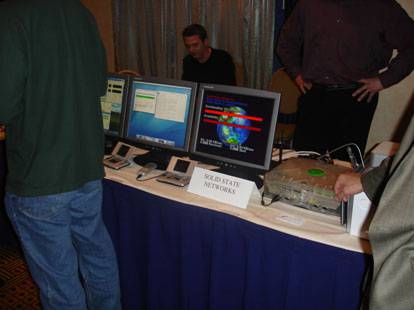 Another company that caught my eye was Novint. These guys were stated back in 2000 by Tom Anderson. Tom is the President and CEO of Novint. The product that they are offering to the community is a controller dubbed the Falcon. The Falcon is a true 3D controller in the sense that, just like 3D, you can operate it in all 3 planes. With the Falcon, you have the X, Y, and Z axis all at your finger tips.

I spoke with Walter Aviles, CTO of Novint, and he was kind enough to walk me through what the Falcon is all about. First off, he started me out with a demo of 4 balls in a 3 dimensional room. You could use the Falcon to move the cursor (read hand) up, down, left, right, forward and backward. When the hand came into contact with the balls, they moved. This isn’t a big deal because you can do that with any old mouse but what was extraordinary was the fact that you felt as if you were personally pushing on these balls with your own hand. You were also able to pick up the balls and the feedback of the Falcon was amazing when you swung them around the area. There was actually momentum with you switched directions. I was able to really get a feel for the balls properties such as weight.

Another demo was when one large ball that was changeable with different textures and density. The first ball was covered in bumps and when you ran the hand over the ball, you could actually feel the bumps on the ball. The next ball was made of molasses or any like substance. You could move through the ball but there was a great deal of difficulty to make it through and once you came out the other side, there was absolutely no resistance and the hand could move freely. The third and final ball was made of ice and you could move the hand all around the ball and with the feel of the hand unit, you knew exactly where the ball was and the movement was what you would expect when touching something made of ice’.slick.

The guys at Novint didn’t settle there and went with a few more demos for me to try out. There was an archery demo where you actually use the hand to pick the bow and pull it back, all while moving the hand unit back towards yourself, and then clicked a button to release the arrow. Another was an arena with boxes where pop ups of Barney the Dinosaur popped up and you were able to shoot his with a pistol, a sub machine gun as well as a heavy shotgun. All of these guns had different weights and kicks when fired.

The hand unit is a ball on the end of the three arms and has 3 buttons on the top of this hand unit. The buttons are exactly like a mouse with the left selecting and the right bringing up menus. The hand unit is fully removable and can be replaced with another unit with different capabilities. I was unable to see this other unit but with the Falcon launching in early2007, rest assured, we at Techgage will be there with the low down on this very cool product. 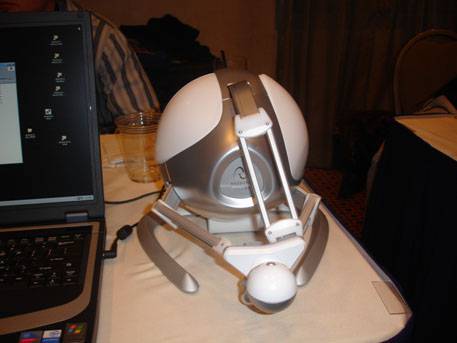 Well folks, that’s all from the GDC on day one of the Techgage coverage. Stay tuned for daily updates as I will be attending all of the lectures, keynotes and demonstrations that I can. Until then, I leave you with a parting shot from my hotel room at the beautiful Los Gatos Hotel here in Los Gatos, California. 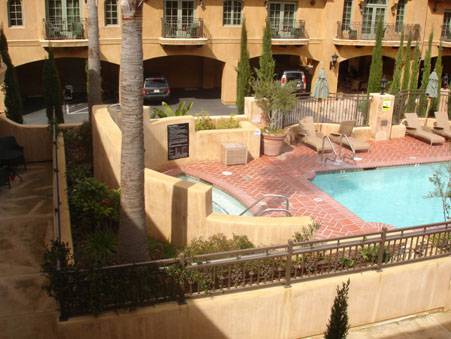