At a time when Nintendo were chugging away with their 8-Bit console, Sega releases their mega-powerful 16-bit Genesis, known as the Mega Drive outside of North America. The Genesis was Segas best-selling console, with almost 30 million units sold. The successor was the Saturn and then the Dreamcast, both of which sold only 33% of what the Genesis mustered.

In 1989, the graphics displayed on the console were no short of amazing. While the NES had a palette of 48 colors, the Genesis offered a staggering 512. Of course, the eye candy was a huge draw to the console, but luckily for gamers, there were numerous titles that enthralled us.

Sonic the Hedgehog, Phantasy Star, Strider, Moonwalker, Earthworm Jim, Columns, Shadow Dancer, Altered Beast, Streets of Rage, Shining Force, Ecco the Dolphin were just a few of the games that helped sell the console well into the mid-nineties. The last year to offer a slew of titles was 1995, but the last few were finally launched in 1997.

Remember kids. Genesis does, what Nintendon’t!

The most popular, and reliable Genesis emulator for Linux is Gens. Yes.. it’s called Gens. It’s quite feature-rich though and should allow you to get your game on fast. Upon opening, you will simply see a small game window and the menus. 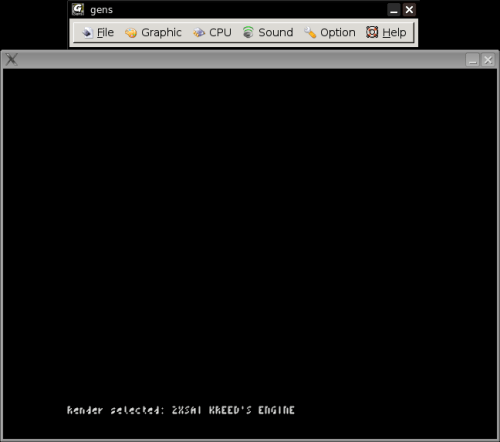 I should mention that Gens does not only play Genesis games, but Sega CD and 32x as well. I never did own either, so I didn’t have a means to test it out. It’s nice to have so much support in a single application though.

The first spot I hit up was the controller configuration, which allows you to choose configurations for 3 or 6 button gamepads. I ran into a few problems here, but you may not, depending on your gamepad. With my 360 controller, whenever I attempted to redefine the keys, the entire process would fly by, as if I was holding a button down. It was virtually impossible to configure that controller. My Logitech RumblePad 2 was much better. I was able to properly configure the buttons, but then I ran into a different problem. All of the buttons I configured worked great… -except- the D-Pad. So, I was essentially unable to move my character, but was able to kick and punch.

Luckily, you can use the keyboard as a last resort, through the same controller settings. I hate not being able to get a gamepad to function, but I intend to shop around and find another potential candidate. If anyone out there uses Gens and has a gamepad that works well, please let me know and I will update this article.

Like FCE Ultra, Gens allows you to clean up the textures and sprites of the game, to offer a far smoother looking experience. You of course can opt out of this if you want a more authentic experience. Me on the other hand, I love me some smooth sprites.

For whatever reason, I wasn’t able to find a way to set a custom resolution. You have the ability to double the original size (which is incredibly small), but that’s it. You can of course go full screen, which looks great and performs well.

One thing I have to say about this emulator is that it produces amazing sound. All of the games sounded very good, softer and less chimey than the actual console. 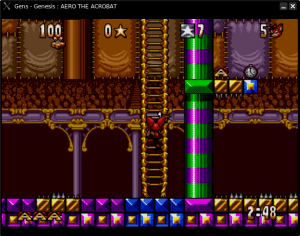 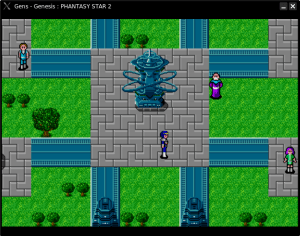 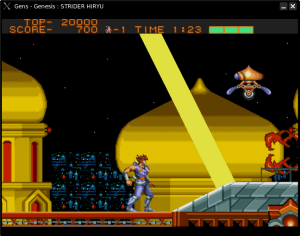 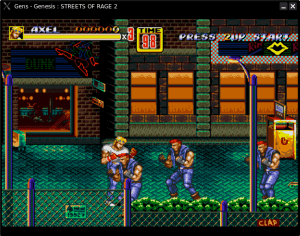 Other notable features include a Game Genie built-in and also net support, though I have yet to figure that one out. Another useful Genesis emulator is called Generator, but I didn’t find it half as impressive as Gens, in all regards. I couldn’t immediately find gamepad support either, so I recommend Gens be the first Genesis emulator you give a try.

The MSX computer was born in the early 80s, around the same time that the NES was released. Yes, the Console vs. PC Gaming war has been around for quite a while. Many well known games were released on the MSX before other consoles, such as Metal Gear and Bomberman, although other games could be found here as well, like Contra 2, Dragon Quest and Gradius. Its graphics were great at the time, but fell behind the NES when it was released. There was a later model of the MSX called the MSX 2 which took care of that.

By far the best MSX emulator is openMSX, which is still in development today. As you could probably gather from the name, it’s completely open source and their team is always looking for new developers. 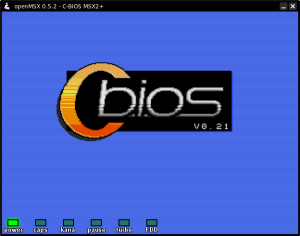 Like many emulators, openMSX is completely command line based, but you can grab their GUI subproject Catapult. Since openMSX does not support a huge range of customization like other emulators may, the command-line is probably the easiest method. I have found Catapult to be a finicky application in the past. 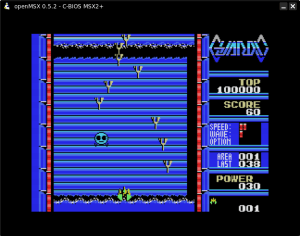 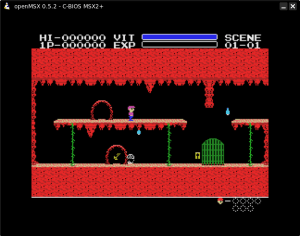 openMSX touts their emulator as being one that aims for perfection, and its no doubt been on the right path for a while. Its support is incredible, as you can see on their features page. Opening a game is as simple as openmsx carta path, so it really could not be easier to use.