The PS1 was Sonys first foray into the game console market, and who knew it was going to quickly become a legendary system as it had? The console had a September 1995 launch and quickly became one of the most popular consoles on the market. Support for it only recently ended, with American games released up to 2003. Other parts of the world had continual releases, with the last few games being released in 2005 in Japan.

Towards the end of its life cycle, the Playstation and PSone variants sold over 100 million units, becoming one of the top selling consoles of all time. Do I really need to mention the reasons for its raging success?

Final Fantasy, Crash Bandicoot, Gran Turismo, Tony Hawk, Wipeout, Jet Moto, Tekken, Tomb Raider, Castlevania, Grand Theft Auto, Resident Evil, Twisted Metal, Metal Gear Solid, Spyro The Dragon… to mention just a few. Not to mention that it was virtually the only console on the market to offer up the most titles for RPG fans. No other console came close, thanks in part to great support from Squaresoft and Enix.

In the early days of Playstation emulation, game support was horrible and performance of the application matched, often laggy, if it worked at all. Happily, we have come a long way since the likes of Bleem!, with ePSXe being my personal favorite PSX emulator. If you are skeptical about running a PS1 game on your computer, you might be surprised to know that ePSXe gives you the ability to play any Playstation game, NTSC/PAL/JAP, at full speed and without many side effects.

Because this particular emulator requires a little more attention than the others in the article, I will be devoting an entire page to it. There are many tutorials out there that tell you how to get it up and running, but I want to make sure you are left without confusion.

Installation of ePSXe on Gentoo was simple because it was available through the software repository, but you will need to perform a little more work if you are in a different situation. Head on over to their download page and grab the Linux executable file. Extract it to some directory where you want to keep it, as the file contains all the required binaries. /home/user/programs/epsxe is one option.

Once finished, you might be able to start the application. I say might, because you might not have all the required dependencies. Running the program through the command line would tell you what you are missing, if anything. Reading their forums might be a good place to look if you are having a hard time with installation. 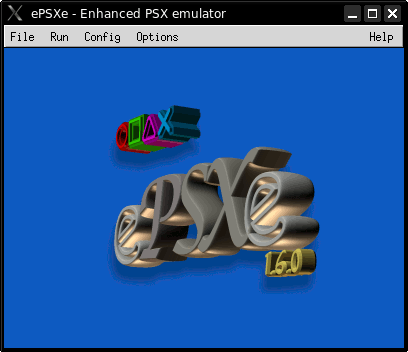 At this point, the emulator is useless. Reason being, you need to load a BIOS file that the real Playstation 1 uses. Obviously I can’t link to sites that house the file, but it isn’t hard to find them. The BIOS you will want is SCPH1001.BIN, which is what’s found in US consoles. For PAL, you will need SCPH7502.BIN and for JAP you’ll need SCPH1000.BIN. You will want them all if you are planning on playing some imports.

When you have your BIOS file(s), you should copy it to your ~/.epsxe/bios folder, which should exist if you have begun the application under your primary user. Then click the Config menu and select BIOS and search for it.

If you installed ePSXe manually, you might not have a single plugin available yet. A good place to start for the graphics is Petes MesaGL Driver 1.76, which works great. You can find a link at the bottom of this page to a site that offers downloads for a slew of plugins. Once the plugin is installed, you can load up the configuration to see the options below, which can be somewhat overwhelming at first. The sound (P.E.Op.S. ALSA Audio Driver 1.9) options are basic, and I didn’t find myself needing to change anything. 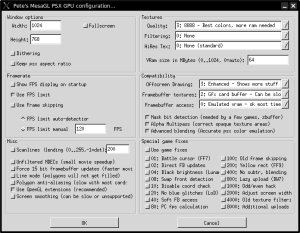 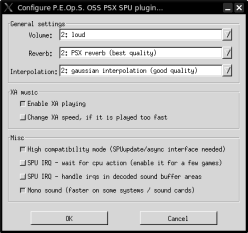 You will notice a lot of game fixes in the bottom right-hand corner of the GPU config, which you may need to use for certain games. In FFIX, I had to enable the 01 in the list in order to stop the menus from flickering. Most games I have tested work fine right out of the box though.

Spending a lot of time on this screen will do you good. I had to try a variety of different settings before I stumbled on one I liked. Using this driver though, I was unable to get the full screen video working properly. Nothing would display, although I could hear sound. Luckily, Pete has another plugin called Petes XGL2 Driver 2.8. The configuration here is quite similar, but with it I was able to play the game full screen and it looked fantastic.

The default gamepad screen is less than desirable, as it focuses on using the keyboard. If you can use a keyboard just fine with a Playstation game, then kudos to you. I personally require a gamepad for maximum enjoyment. 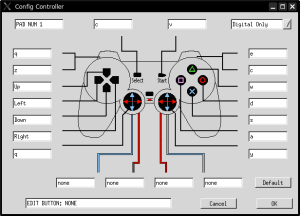 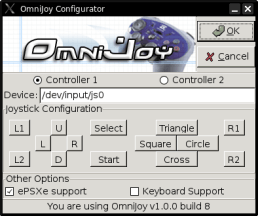 That’s where another plugin comes into play, called OmniJoy. This plugin is again available for both Windows and Linux, with the Linux version being slightly different. Ideally, if you have a gamepad in similar design to the actual Playstation controller, then configuration will be simple. I am using the Xbox 360 controller though, so I set the back two trigger buttons (Z-Axis) for the L2 and R2 buttons.

The downside here… is that I don’t believe there to be a way to have the analog sticks function in ePSXe reliably. Apparently, it is an inability with the emulator itself, and nothing else. There is another emulator called PCSX which -does- allow use of the analog sticks using the padJoy plugin. However, I have not found that emulator to be that reliable. It’s quite a bit slower than ePSXe on my machine. 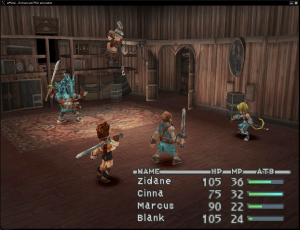 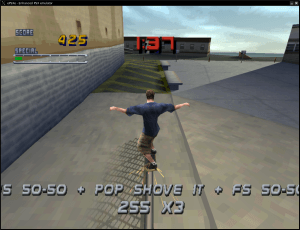 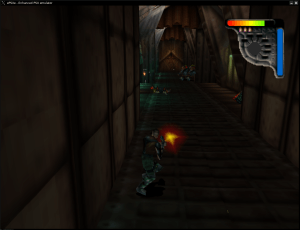 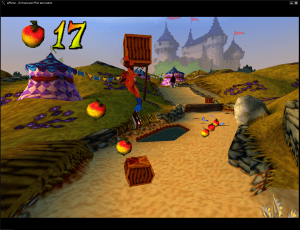 My experiences with ePSXe have been amazing. Although it takes a little tweaking for it to work ideally, I very rarely ever run into an issue that can’t be fixed quickly. All the games I have played ran smooth, without a hint of lag during gameplay. Occasionally I will hear the sound skip, but it’s not that common. ePSXe is well supported, so there are a few plugins floating around that you can try if you are not happy with the one you are using.

It also offers up to five quick-save states in case you need to leave but don’t want to wait for a save spot. Other times, you can save to the virtual memory card. Probably one of the largest benefits of ePSXe is that you can play from either the actual game CD or a off a backup that you copied to your computer.

If you are a fan of the Playstation and want a reason to haul out some of your games, ePSXe is it.