It’s hard to believe that arcades used to be prevalent, but nowadays you are hard pressed to stumble upon one… ever. Arcades used to represent the ultimate hangout for gamers, and it’s sad that they are all but rare now. Even in my small city, I grew up with two different arcades, both now defunct. If you want to rekindle fond memories of your arcade addiction, your best bet is to head on over to Japan where they are still popular. Might as well get rid of your Pachinko craving while you are at it.

Luckily, most of the arcade games you grew up with are likely available online. MAME is the multi arcade emulator and handles a variety of machine emulations. This single emulator can handle games from the early 80s and even games in present day. If you played a game in the arcade, it’s likely playable through MAME. 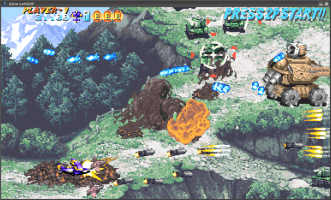 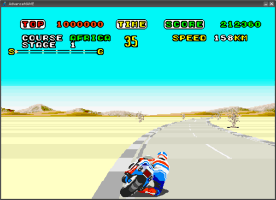 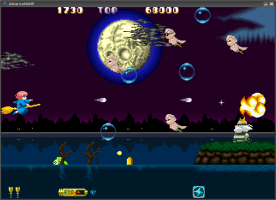 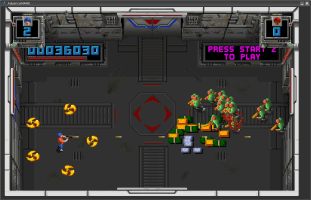 Once AdvanceMAME is installed, it won’t take long to set up. Running advmame will tell you to set up a configuration file, which you can do with advmame –default. Once done that, you can to edit your ~/.advance/advmame.rc file. Under the dir_rom entry, you can change the directory if different than default, which is ~/.advance/roms/.

Starting up a game is as simple as advmame romname. As long as the ROM you want is in the right directory, it should start up quickly. At first, the navigation might seem a little complicated, but you will get a grasp on it quickly. Once inside, you can push your TAB key to open up a menu which allows configuration of all kinds, video, input, audio and so on. Luckily, gamepads are supported, so fun is only a few minutes away.

If you were a computer user in the 80s and early 90s, chances are good that you used DOS or MS-DOS quite extensively. My first computer was a 286 hand me down, that at the time, was already outdated. It was a great starter rig anyway, as it gave me lots of DOS practice. I definitely learned the hard way. Imagine accidentally formatting the hard drive instead of the floppy disk. Yes, I admit it. In my defense, I was only eight years old.

Personal experiences aside, DOS was a clunky platform to code for, but the games were plenty. I personally grew up playing a lot of games from Apogee (now 3D Realms) such as Commander Keen, Bio Menace and of course, Duke Nukem. Despite the fact that these were still relatively early days of gaming, there was a huge selection to choose from.

DOSBox is a popular DOS emulator for Linux, Mac OS X and Windows. It perfectly mimics a DOS environment, allowing you to use a computer as you would “back in the day”. That said, you are not limited to just playing games, but loading up old applications for nostalgias sake as well.

Once opened, you will have a general DOS environment with a few simple commands in the root directory, such as config.com, autoexec.bat, command.com and others. In order to access other parts of your computer, you need to mount them: mount c /home/rwilliams/dosgames/. That will allow you to access that directory as your C: drive. You can then navigate and install your games just as you would in DOS. 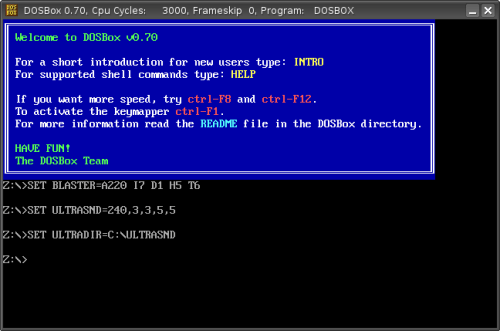 Many DOS games have configuration tools you can use. Selecting Sound Blaster or something similar in any of them should give you perfect sound.

If you know how to use DOS, you will be good to go. You can go to a full screen view with CTRL + Enter and play games as they are meant to be played. 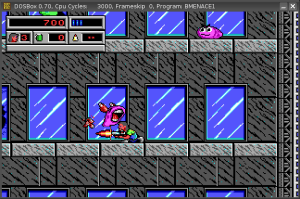 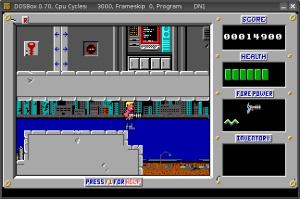 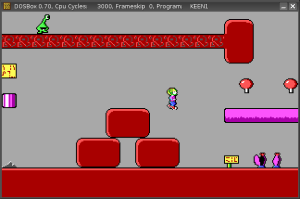 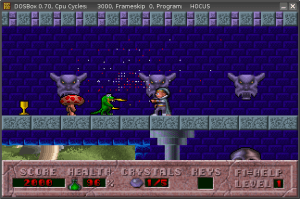 I love DOSBox. It works extremely well and has been problem-free. It’s a great program to use in order to relive the old days and play games that you haven’t touched in years. If you, like me, enjoyed Apogee games, you can still download the shareware versions here. Why they can’t see it in their hearts to offer full versions of 15 year old games for free, I have no idea.