Gateway has been pushing out some great notebooks over the past few years, and they’ve been becoming well-known to people who wouldn’t have considered one of their notebooks just three years ago. We’re no longer in a time where people simply flock to Dell’s website to order a notebook. The competition and tough, and that results in far better products for us, and not to mention great pricing as well.

I welcome the MC and MD series with open arms though, because their design is excellent, and really breathes new life into Gateway’s mainstream line-up. I’m still not gung-ho for the stripe on the hood, but the clean layout of the keyboard is simply awesome. As I’ve mentioned before, I love clean design, and I really can’t see how that general area could be any cleaner. The back-lit buttons are also a nice touch.

Overall, my complaints are few, but there was a strange issue that must be brought up. During our benchmarking, we found lacking results when comparing the notebook to ASUS’ N50Vn. Granted, that notebook is a wee bit faster, and has slightly faster memory, but the hard disks are identical. Given the slight hardware improvements of the ASUS, I don’t see how these numbers add up. Either way, it is what it is, and ASUS has a slightly better setup, but for a higher cost (and it’s nowhere near as good-looking).

But that gripe aside, the performance seen here is still quite good, and I’m doubtful anyone is going to be unhappy with having it in their notebook. The processor is rather beefy and makes for a perfect multi-media CPU, and the memory is plentiful as well. The 320GB hard drive isn’t huge, but for most people it’s likely to suffice. I do wish they would have added an eSATA port though, since they are growing in popularity. 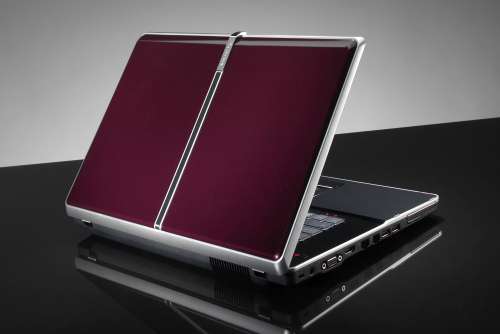 You might have also noticed that I didn’t devote a page to the installation and software like I usually do, but it’s because nothing at all has changed since we last reviewed a Gateway notebook (which makes sense given it was only a few months ago). For information on the software, please check out a page from the M-7818u review, as even the bloatware is almost identical (the only thing missing is Cyberlink Power2Go).

Gateway doesn’t consider this notebook to be for gaming, and it’s a good thing since the results there weren’t too impressive. Given the mid-range name of the GPU, I expected to see decent performance, but really it was a non-joy to test with. Do not purchase this notebook and expect to game, it’s as simple as that. You can certainly play games with decent gameplay, but you have to sacrifice detail settings far too much to do so. Not a fun experience in my opinion.

Speaking of the price tag though, although I quite like the MD7826u, I can’t help but feel that the graphics card included doesn’t warrant the $999 SRP. Compare this to the MD7822u, for example. That notebook has an Intel integrated graphics chip, a slightly slower CPU and slower memory, but somehow includes a larger hard drive (500GB), all for $799. I’d be far more likely to pick up that notebook over this one, because the extra HDD space is nice, and I consider this ATI card to be all but useless. The integrated Intel card is going to be sufficient for HD playback like this ATI one, and though the CPU is a bit slower, it’s not exactly going to be lacking, either.

Taking the downsides mentioned above into consideration, I believe Gateway could make a few changes with the MD series, but as it stands, it’s still a great notebook and happens to be one of the best-looking ones available. This isn’t the exact model I’d recommend, as I’d leave that to the MD7822u. It pays to shop around though, so if you want to save even more money, you could browse the other MD notebooks to make your final decision.