Gateway, not content to let Dell and others hog the limelight in the display market, have recently launched their XHD3000 monitor. It offers a wide-range of connectivity options along with bright picture and an incredible upscaler. When said and done, this is one model we can heartily recommend.

While at DigitalLife last fall, Gateway had made a few notable announcements. The biggest was their all-in-one PC, appropriately called the “One”, an idea first accomplished by Apple and later copied by Dell. But as cool as the One was, the product to really grab my attention was their XHD3000 30-inch display. But in this case, “really grab my attention” could be translated as, “was overcome with an insatiable desire to snag and run.”

At CES 2007, we knew that Gateway was trying to change their company image. Up until that point, they didn’t cater to the hardcore crowd, the enthusiast crowd… the crowd that really wanted to see some higher-end products that was built just for them. At that time, the company unveiled their first 24″ display, which at the time, beat out Dell’s equivalent offering all around and cost even less. It was at that point that we knew Gateway meant business.

They’ve obviously been doing their homework, because I was so drawn to the XHD3000, I had a hard time leaving. At the time, I had a Dell 3007WFP-HC sitting back at the office, and quite simply, there was no comparison. The 3007WFP-HC, for example, had absolutely no OSD and no connectivity aside from DVI. It just didn’t make sense to me.

Things have of course changed since then, since the 3007WFP-HC had some drastic price-drops, so these two models can no longer be compared. Instead, now Dell’s latest 3008WFP is the new model in the comparison table. We will get more into these later in the review.

The main reason the XHD3000 caught my eye was because an HD DVD movie was playing, and it looked simply incredible. At first, I thought it was a television, not a computer monitor. The reason some content can look so sharp is thanks to the built-in Silicon Optix Realta HQV upscaler, a special chip thats sole-purpose is to upscale video up to 1600p resolution, native for the display. 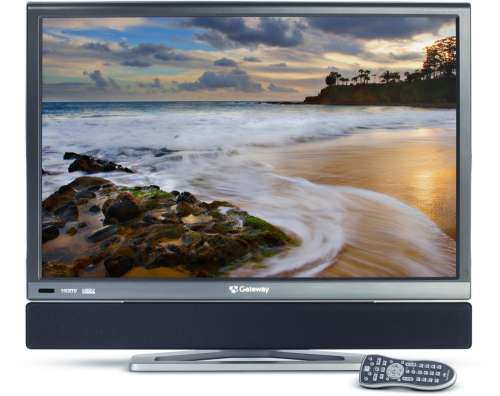 What this means to you is that any content should look good, whether it be a game at a lower resolution, or even a Playstation 3 or Xbox 360 game. The input doesn’t matter. If video is passed through, it will be upscaled. Of course, some content will look better than others, and that’s something we will tackle soon.

Before we delve in further, here is a quick specs table of what the display delivers:

One of the areas where the XHD3000 really shines is with the sheer amount of ways to connect your components to the display. Every common type is supported here, from DVI and VGA to Component to Composite. Yes, you can even hook up your Sega Dreamcast or Nintendo 64, if you wanted.

Also supported is HDMI, meaning you can hook up your PS3 or Xbox 360 to the display as well. In fact, if you had each console, you could use a Component connection for one, HDMI for the other, then use DVI for your computer. That would allow you three devices to be connected to the display at one time… more if you want to hook up a classic console using composite/S-video. 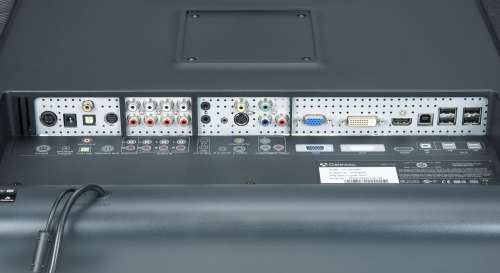 Like most monitors from popular PC-builders, this one includes support for an external speaker-bar, which plugs in underneath, right beside the power. At DigitalLife, I was told that this speaker bar would be a separate purchase, but as it seems, that is not the case. Only Best Buy and the official Gateway site sell this display and neither sell it without the bar… a good thing for you, since I was told it was to add to the $1,699 price.

The first thing you might notice about this display is that it looks huge. Granted, you’d expect this from a 30-inch display, but Gateway’s XHD3000 seems larger than the rest thanks to it’s speaker bar, which helps make it look like a more solid product. Because the monitor has this speaker bar, it cannot be raised or lowered, but can be tilted front and back. At first, I found it frustrating that it couldn’t be heightened, but it was something I became used to quickly.