Taking a similar approach to their Hurricane cooler, ZEROtherm has built a GPU cooler that runs the entire length of the card. Also similar, the ZEROtherm also has a fan that blows downward, through the large copper fins and across the included green RAM sinks. Surrounding the Hurricane is a large grey plastic shroud that tunnels the air flow down and out but can be removed should a little extra cooling be what you’re looking for. One can also remove the housing and the fan for completely passive cooling. You’ll not want to do this for the higher end card but for those of you using lower powered cards for a media center or such will appreciate this extra feature. 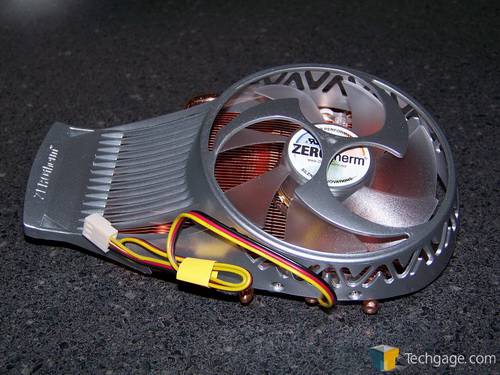 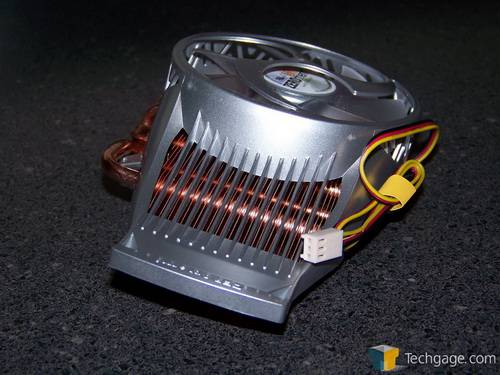 The Hurricane HC92 Cu 8800 uses the same style that the Zalman uses with four heat pipes coming out from the base of the cooler and separating out to either side. The length of the all copper fins is less than the Zalman cooler but what they lack in length, they more than make up for in height. This should help out a little as there is more surface area directly below the larger 92mm fan. 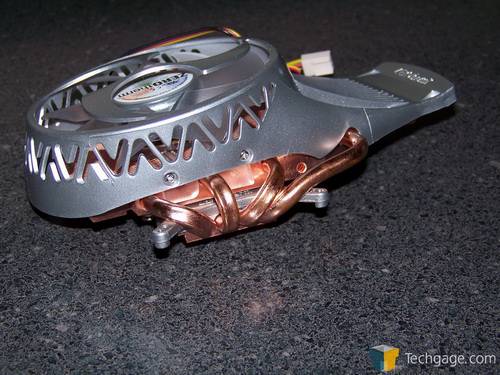 Flipping the Hurricane over, we can see the full size of the fins that the four copper heat pipes run through. Another similarity of the two coolers being tested is the power cable for both. Like the Zalman, the Hurricane uses a three pin connector that can be connected directly to your motherboard if you choose to do so or you can piggy back the included fan speed controller onto the cooler’s fan. 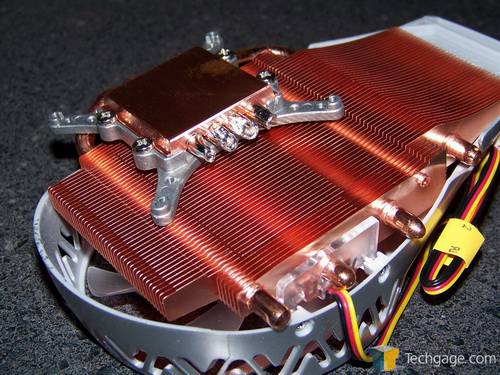 The base of the ZEROtherm is comparable to the Zalman’s in finish quality which is a testament to the commitment that ZEROtherm has for their products. I know the picture does not reflect such a finish and the smudge on the left hand side of the base is the editor’s fault (insert lack of professionalism jokes here}. We can also see that the Hurricane comes with multiple threaded mounting holes on the arms that stick out from the corners of the base. While not as compatible with as many cards as the Zalman, the Hurricane covers most all relevant cards that anyone might still be using. 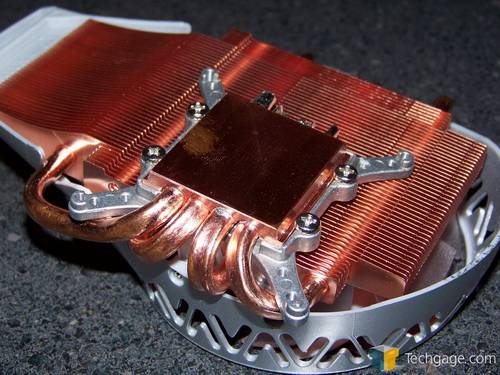 Bundled with the Hurricane, ZEROtherm has included all the hardware to get you going, a small bag of RAM sinks, including a HSI chipset cooler that use the push pin mounts, the before mentioned fan controller, a bit of thermal paste and a manual. One thing to notice is that the sinks are green. While this might appeal too many out there, I personally find this choice of color god awful. Personal opinions aside, there are plenty of sinks and come with pre applied thermal tape on their backside. 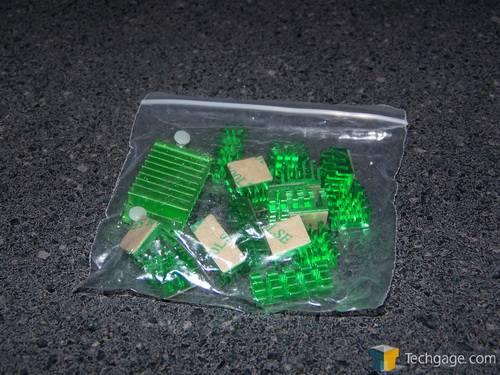 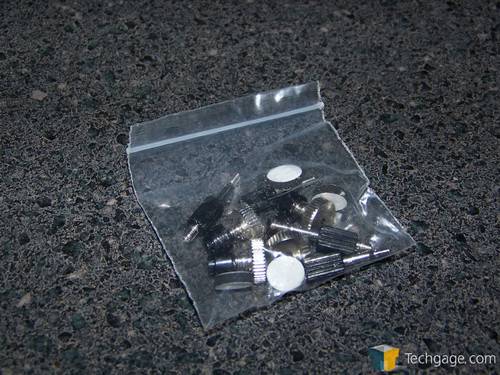 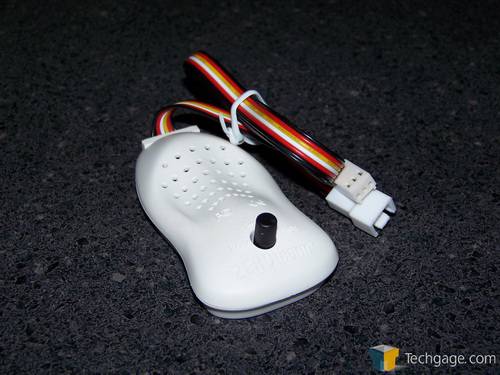 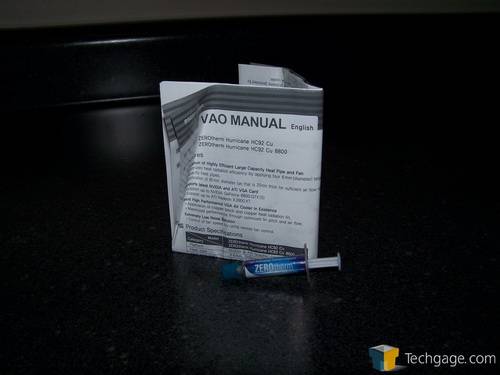 Next, let’s look at the installation processes for the two coolers.