by Rob Williams on April 3, 2006 in Miscellaneous

So you think you have fast DDR2? Then you better check out the GeIL PC2-8000 which happens to be the fastest we’ve ever seen, and the benchmarks prove it! It’s also probably the most expensive ‘value’ ram you will set your eyes on, but is it worth the cash for the ultimate performance?

To test out the modules, I used a selection of popular and not-so popular tools. If you are interested in using any of the tools for yourself, you can download them from their respective sites:

SANDRA is one of the most popular benchmarking programs on the planet, and for good reason. The memory benchmark specifically is for the power user because you can configure exactly how you want the tests to be performed, with whatever options turned on or off you want. Because the CPU can have a lot of overall say in how fast your memory is, I run the memory through a buffered and unbuffered tests. Unbuffered tests stresses the memory directly instead of a combination of the memory and CPU. 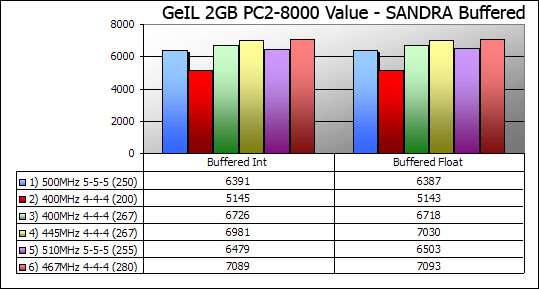 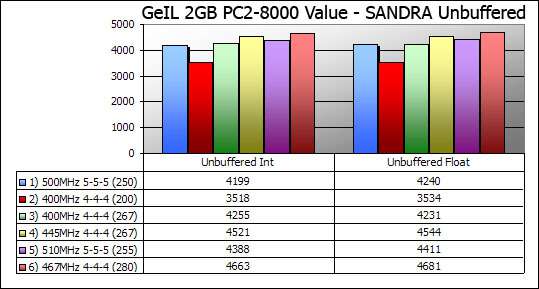 EVEREST is another great memory benchmarking tool to use. It not only will give you a READ speed result, but also a WRITE and Latency. Since Latency plays a large roll in how responsive your memory is, it proves to be a very worthy benchmark. I am using a slightly older version though, because the newer versions give exaggerated results. For instance, whereas you may get a 9,000 MB/s READ in version 2.21, the new versions will give you a result of 11,500 MB/s READ or something similar. Those results are far too different for comfort, so I am sticking to the older version for the testing.

Around this time last year, I can recall my goal to be able to hit 7.300 READ in EVEREST. At the time, that seemed like a sweet number to hit. Not even a year later, we can easily hit 8,400 READ. Even the stock read at 7,500 is a nice spot. 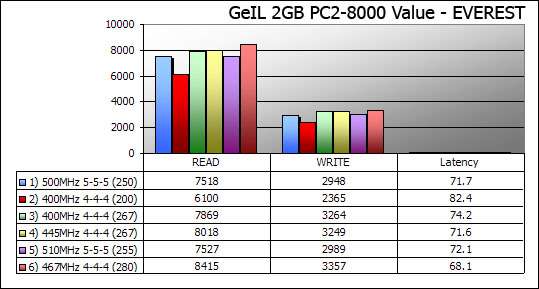 Let’s move on to a few more benches.