More and more people are using webcams to connect with others either for business or pleasure, so it only stands to reason that we should see more low-cost offerings that don’t skimp on features. Come along as we take a look at Genius’ $30 WideCam 320, which aims to cover these points, while offering users a look at the “bigger picture”.

Remember back in the day when webcams used to cost an arm and a leg? There were some that I can recall where the picture was so pixelated, it looked as if you were stuck in Minecraft. Some of them even required you to buy a separate microphone! Compared to what we have today, using early webcams would be like living in prehistoric times.

Well, come with us as we hit 88MPH and fast-forward to the future where we have products such as the Genius WideCam 320. Some of you might be thinking that a webcam is a webcam and why should the WideCam be any different? Well, as the name suggests, the WideCam 320 is just that – an 8 megapixel, wide-angle camera capable of capturing a 100 degree range thanks to its wide-angle lens. 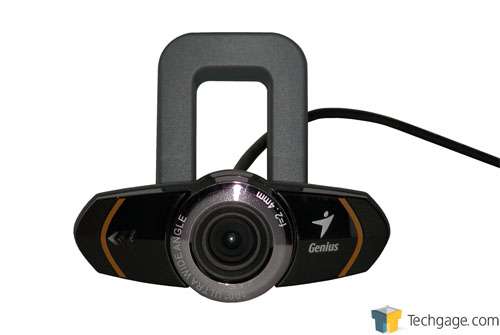 The housing and clip are made entirely of plastic, which keeps the weight to a minimum. In the center is the glass lens that is said to improve image quality over webcams with plastic lenses. The WideCam 320 also sports a 3x digital zoom for those who want to get up close and personal. To the left of the lense is the built-in microphone along with the LED indicator that shines blue when the camera is in use. 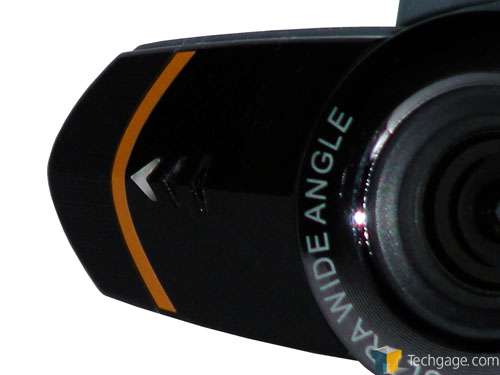 Thanks to the “universal” clip, the WideCam 320 can be perched just about anywhere, from the top of a monitor, to a laptop, to flat on the desk. Users shouldn’t have a problem placing it where it needs to be so long as it’s within reach of the 5 foot USB cable. Vertical adjustments can be made but horizontal adjustments are out of the question due to the way the camera is secured to the clip. 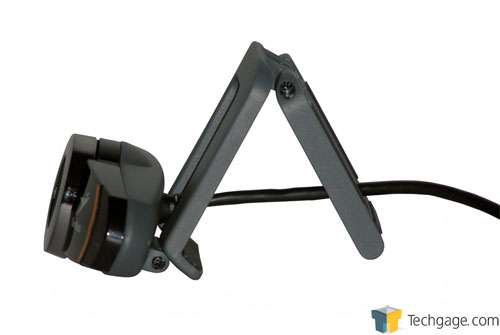 Included with the WideCam 320 is a fold-out user manual and a Windows software CD that contains the Genius Utility and a copy of ArcSoft’s Webcam Companion 4 Lite. Since the camera is plug-and-play, there are no drivers to mess with. Those running Mac and even Linux (rejoice, Rob!) are covered as the WideCam 320 supports OS 10.4.9 and up, and Kernel 2.6.21 and up, respectively. 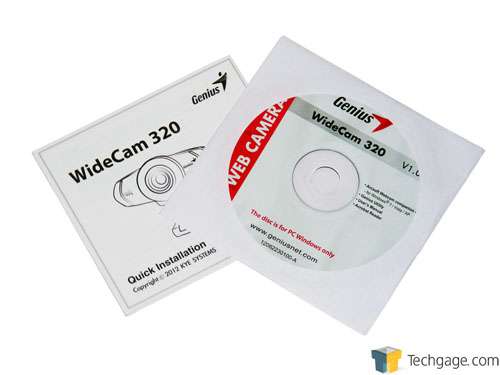 With regards to software, the Genius utility runs in the system tray and allows users to switch between frequencies of 50 or 60 Hz, but can also enable or disable the Image Protection Mechanism. This little feature is meant to prevent outside parties from taking over the webcam if they gain unauthorized access to the system.

ArcSoft’s Webcam Companion 4 Lite can be used to record video and capture still images, create some fun framed images as shown below, and allows users to edit images and videos while giving them the ability to upload them directly to Facebook, Twitter, Flickr and YouTube, without having to visit the sites directly. 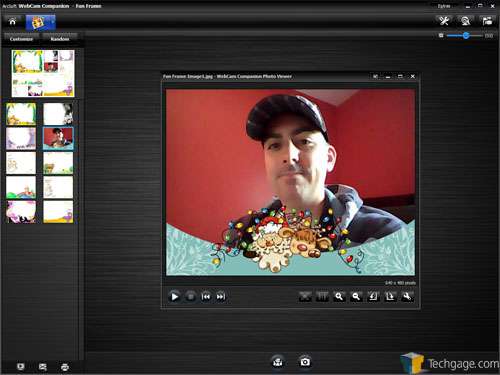 Another application that was installed, to which there was no mention of during the installation processes, was ArcSoft’s Magic-i. This application allows for on-the-fly changes to be made to things such as brightness, sharpness, focus and zoom. Other features such as face-tracking can also be enabled along with silly things like setting a filter or an avatar. Magic-i can also save profiles, which could come in handy if the webcam is frequently used in different rooms with different lighting. 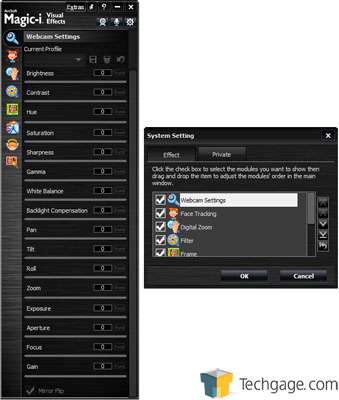 A camera is useless if it doesn’t capture audio and video properly regardless of the specs and software, so up next, we’re putting the WideCam 320 to the test.