Gaming headsets are more popular than ever, so it’s no surprise to see such a wide selection available. Although there are some high-quality models available, we found out the hard way that the Genius HS-04U and HS-04V are not some of them.


The next headset we have is the HS-04U, which is marketed as a gaming headset. 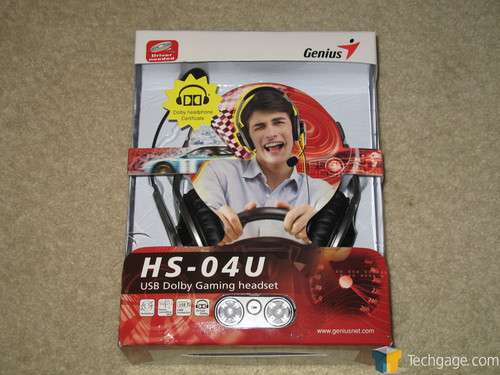 This box made me crack up â€“ I mean is that guy having fun OR WHAT?! Nothing says ‘I’m posing for a picture!’ like one eye closed while playing a video game. I love marketing. Anyway… 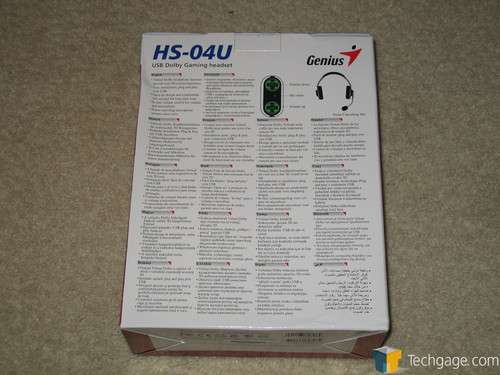 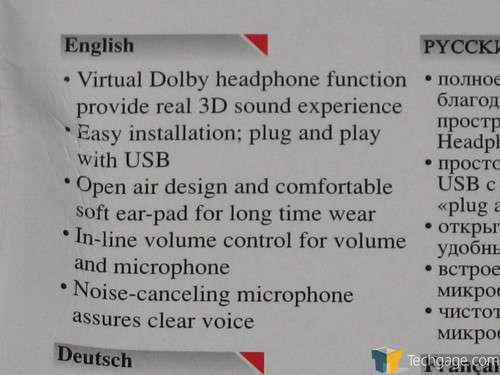 Here we see the features of this headset. 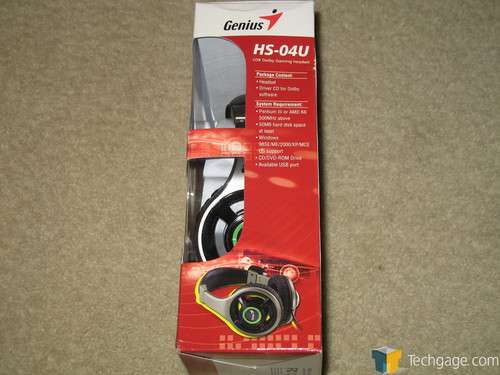 And here we see the system requirements. The astute reader will note that neither XP 64 nor Vista is listed with the supported operating systems. I can personally verify that as of the day this review was written, XP 64 is not supported. The Genius website does offer driver downloads, but I had a hard time navigating to the appropriate page, and was not able to complete an XP driver download (24% was as far as I got). A comparison-shopping search shows this headset retailing between $30 and $40 USD. Let’s find out if it’s worth your money. 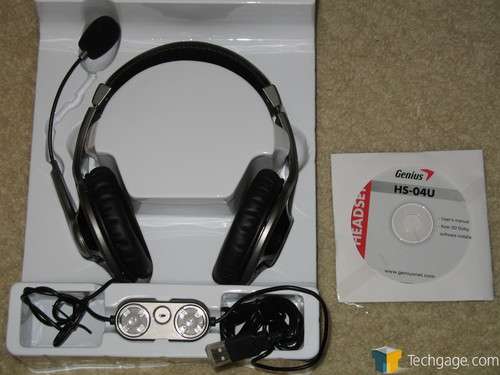 The box contains the headset, inline remote, and driver CD. 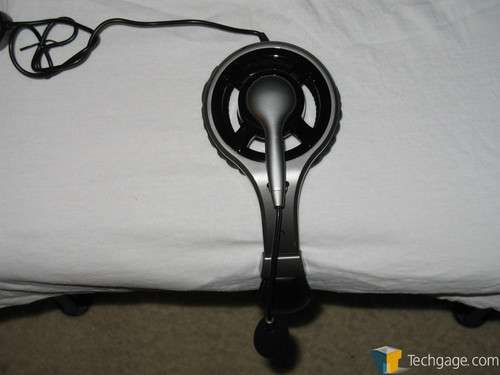 Here you can see the outside of the left ear cup. 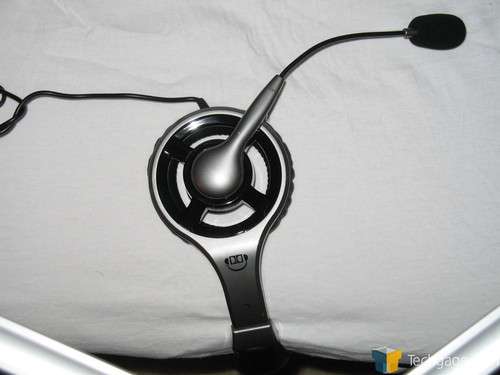 The mic boom doesn’t feel very sturdy, but it gets the job done. The flexible part of the boom is pretty weak and doesn’t retain its position very well. 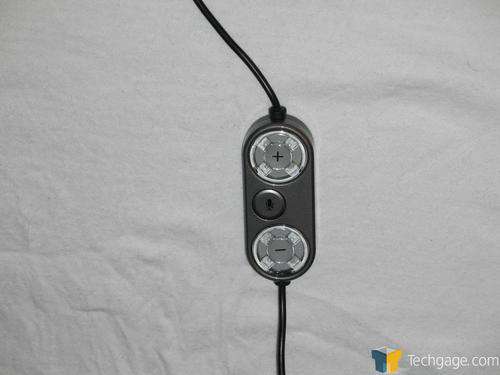 This inline remote has got to be one of the cheapest things I’ve ever held. The buttons feel very flimsy and I expect one to break every time I adjust the volume. There are LED underneath the two volume buttons, but they aren’t implemented in a reasonable manner â€“ for instance, both the volume up and volume down buttons are lighted green when the mic is not muted, and both are lit red when the mic is muted. I would think that it would be more convenient for the two volume controls to be lit differently. Also, when audio is playing, the green lights blink constantly.

Another annoyance related to the remote is that until the drivers are installed, the remote doesn’t work, and the default volume on this headset is LOUD. So don’t try to use the headset until driver installation is complete. 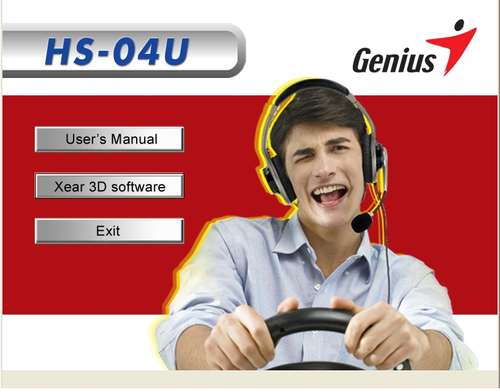 Here we have the driver CD menu (can’t get enough of that guy!) where you must first plug in the headset and then install the ‘Xear 3D Software’. 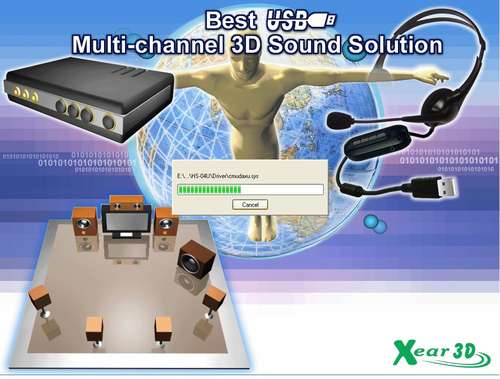 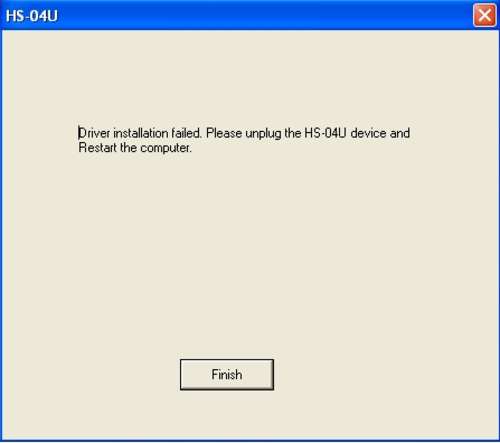 After seeing this screen twice while running Windows XP Professional 64bit Edition, I decided to try using XP Pro 32bit. The installation completed successfully on the first try. I’m disappointed that XP 64 does not seem to be supported.

Installation went without a hitch on XP 32 though. 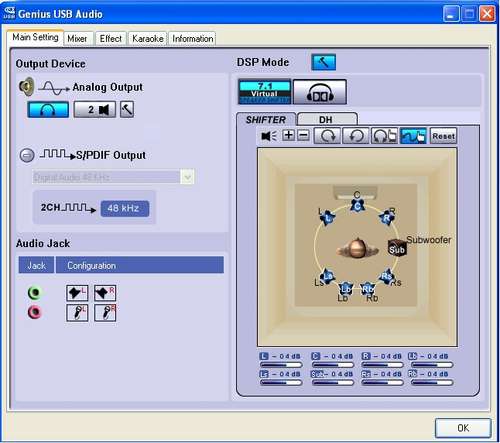 The main menu is where you can configure the way the virtual speakers are set up. Using virtual 7.1 speakers, you can adjust the gain on individual speakers, rotate the entire setup, and drag the speakers around any way you like. Dolby Digital 5.1 setup has 3 preset speaker configurations simulating different room sizes, and of course you can turn all this off and just use straight stereo.

One thing of note is that the manual for this software specifically states that it can be used with any USB audio device, although I have no way of testing that at this point in time.

The virtual sound provided by the drivers is surprisingly accurate. 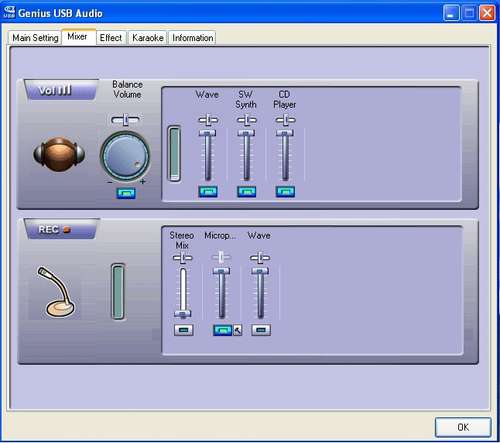 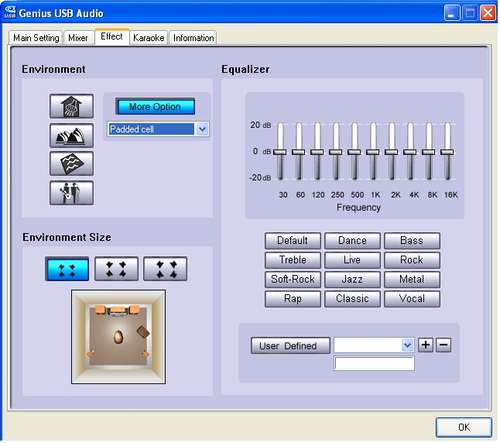 There are lots of environments to choose from in the ‘More Options’ menu â€“ a few of them might be good for a chuckle, so have a look. 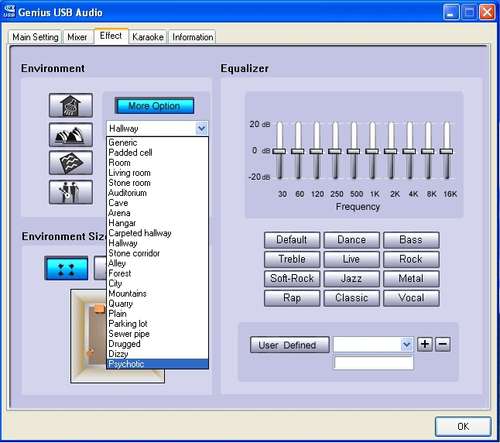 ‘Psychotic’ just adds some echo effects and what sounds like a distant howling wind. ‘Drugged’ seems identical with a little less bass. Moving on. 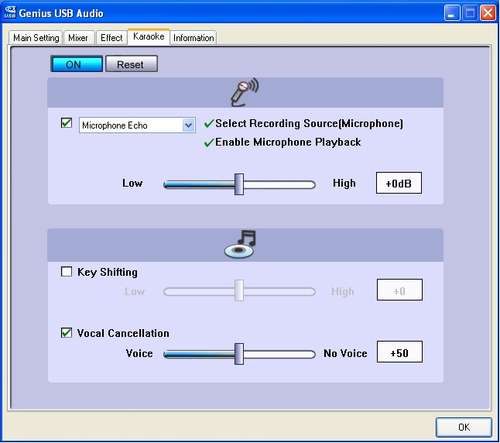 I did manage to get the karaoke feature working, however it would’ve been nice if there were a way to turn off the microphone echo effect, and the delay between singing something and hearing it means that you’re perpetually off beat â€“ not that there was much hope of me sounding good, but the problems with this feature make it useless, in my opinion.

To test these headphones I listened to a variety of music including both low-detail MP3s and MP4s and high detail CD tracks. I also spent some time playing a couple FPS games. Since these are USB headphones, there is no need for a soundcard.

I sampled mp3s by Cake, Weezer, and Moby, and listened to CD tracks by Interpol, Catch 22, AFI and Bob Marley. 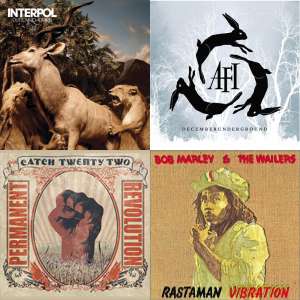 This headset also suffers from extremely weak bass. The bass line on Bob Marley’s “Positive Vibration” is almost non-existent, and all other tracks were nearly as bad. Increasing the bass using the equalizer tended to make the lower tones very fuzzy. Other than that the sound was pretty decent, the mids and highs were clear and more defined than the HS-04V headset. An astute shopper will be able to find a headset with better bass at this price point though.

I played some Counter-Strike: Source and FEAR to test this headset out. It’s worth getting into some detail here.

Despite the weak bass, I was pleasantly surprised that the virtual surround sound was definitely working. I tried the game both using the Dolby virtual 5.1 as well as the virtual 7.1 speaker setup in the main HS-04U audio menu. While in game, I selected the appropriate speaker set-up in the audio options.

The virtual 7.1 sounded absolutely horrible; the sound was fuzzy and the location was bad. I would definitely not suggest using these settings under any circumstance in CS: S.

On the other hand, the Dolby Digital 5.1 sound was very helpful, allowing me to locate sound sources more accurately than standard stereo, and it sounded pretty good aside from the weak bass. I’d definitely recommend the Dolby Digital 5.1, it was a very noticeable advantage for me.

With no specific audio settings available in this game, I simply tried it using both the Dolby virtual 5.1 and the virtual 7.1 from the HS-04U menu, and left EAX effects turned off in the game.

This time, the virtual 7.1 sounded slightly better than the Dolby 5.1. Although the Dolby 5.1 sounded fine, the sounds my own character made seemed a little too subdued. Both solutions were much better than stereo in terms of audio source placement, and offered an advantage.

The microphone got the job done, but there was a high-pitched whine in all my audio recordings, as well as in the audio test in CS: S. I wouldn’t want to have a conversation with anyone using this mic, which is unfortunate considering how well this headset works for games. 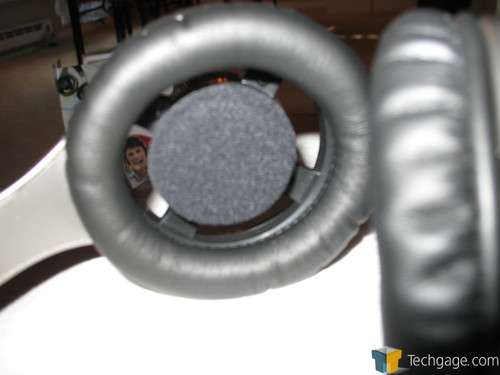 The headset design is similar to the HS-04V, open ear with synthetic leather cup covers and foam speaker covers. The ear cups are too small to avoid compressing your earlobes though, and the fake leather will make your ears sweat after a short while. I don’t find this headset to be particularly comfortable, but it’s better than a stick in the eye, and it is adjustable. The build quality of the headset seems sturdy enough to be kicked around a bit, but the mic boom and inline remote seem very breakable.

With a price between $30 and $40, you could definitely do worse for a headset. The many different audio features that come with this headset are extremely useful for games, and at least somewhat useful for audio playback. Unfortunately, the quality of the components is really holding this headset back â€“ the bass levels are very low, the mic produces and annoying whine, the inline remote is very flimsy, and as of now there is no support for Windows XP 64-Bit. Genius’ website will have information on the most up to date drivers.

In the end, I would only recommend these headphones to FPS gamers on an extremely tight budget running Windows XP 32bit, most users would be better off spending $10 more for a headset with better speaker quality.