Just over two years ago, we took a look at GIGABYTE’s first keyboard to fall into its “Aivia” gamer line, the K8100. At the time, we were happy with what was delivered, and looked forward to what the future could bring. Now, it’s time to see what’s been accomplished in those two years, with the mechanical “Osmium”.

Like most Windows peripherals, the GIGABYTE Aivia Osmium can be used straight out of the box and be perfectly functional. Even the backlight-control and volume-control scroll wheels work using nothing but what’s baked into Windows. However, to truly get the most out of your Osmium, you have to download and install the GHOST Macro Engine software.

The GHOST Macro Engine looks pretty snazzy. It identifies any and all GIGABYTE Aivia peripherals currently hooked up to your system. In our case, we only have the Osmium, of course, but if we had, say, the Krypton gaming mouse installed as well, it would show up on the GHOST Macro Engine’s roll call of installed Aivia devices. Here you can also find links to the Aivia Forum and to GIGABYTE’s official website. 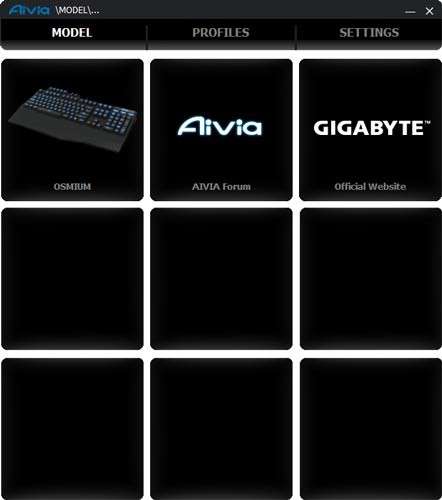 Clicking on the “Osmium” icon on the main page allows you to start tailoring your keyboard’s special functions to your specific requirements. For example, you can set up the macro commands for your G-keys. 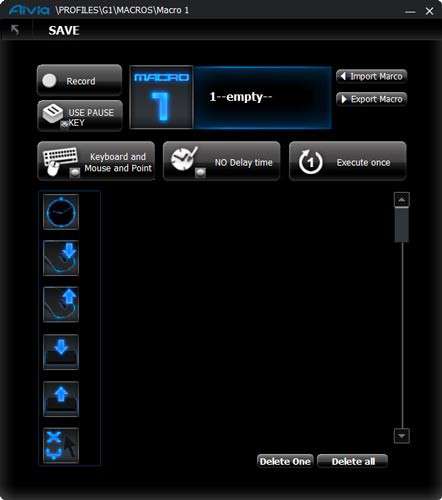 There are a myriad of functions you can do with this software, including one-key program launch and user profile set-up and switching. With the Osmium’s onboard memory, you can save all of your customized functions onto the keyboard. This feature is fairly unique amongst keyboards, even gaming-oriented planks like this one. More often, profiles and customized settings are saved on the host machine itself.

And if your adventures in personalizing your Osmium somehow go awry, or if you want to someday sell yours, you do have the “nuclear option” to exercise, a complete wipe of the onboard memory. 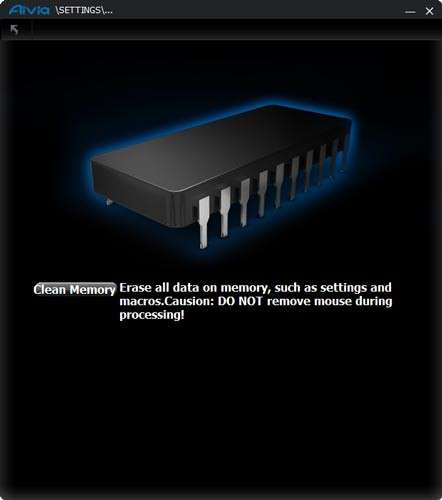 Let’s wind things up, shall we?

GIGABYTE’s Aivia Osmium makes a very strong impression out of the box. In fact, it does this even whilst still in the box. I’ve had my hands on a good number of planks through the years, but this is the heaviest keyboard I have ever tried. By far. Given that “osmium” (symbol “Os,” atomic number 76) is the densest naturally-occurring element yet found in nature, it certainly lives up to its name.

The weight is not necessarily an issue, but it is notable. For one thing, the Osmium’s sheer weight helps keep it in place on your desk. It won’t ever slide around, unless your desktop is finished with a Teflon coating mixed with baby oil. In all seriousness, though, the Osmium’s mass imparts a very profound impression of high-quality manufacture: it simply feels like it’s indestructible.

Not only is the Osmium the heaviest keyboard I’ve sampled, it is also probably the largest I’ve ever had on my desk. Particularly with the wrist rest on, the Osmium leaves a footprint on your desk that would make a yeti jealous. Users with desks that have a lot of depth to them (say, at least about four feet’s worth) won’t have issues, but anything less than two feet will probably need to remove the wrist wrest.

Using the Osmium is pleasant enough. For someone who has never ever used a keyboard with mechanical key switches, I can almost guarantee that using one for the very first time would be a revelation of an experience. I’d even dare say that once you go mechanical, you’d never ever want to go back to a plank with rubber dome or membrane switch types.

However, having said that, the more you get exposed to the different switch types, the more likely you will develop strong preferences among them. I’ve tried the Cherry MX Black and Blue previously; as such I have come to like the Blue switch type the best. Between these two switch types, I’d say the Blue is easily the better option for touch typists without losing anything at all to the Black in gaming scenarios.

The Osmium was my first turn with the MX Red switch type, which is said to be “the gamer’s preference.” As a “linear” switch type (like the Black), the Cherry MX Red has no tactile or audible click feedback on actuation. It requires a lighter actuation force than the Black switch. The theory, I suppose, is that lower actuation force means that you can input commands at a much quicker rate, using less physical effort.

In practice, I can indeed confirm that the Red is a lighter switch compared to the Black. But does that mean that it is “better”?

Well… this is the part where the review can potentially become a little more tricky than I would intend. Consequently, I’ll limit myself to saying, yet again, that choosing mechanical key switch types has everything to do with personal preference. Having used a keyboard featuring Cherry MX Blues for the better part of two years now, I have developed a strong bias for this type of key switch.

In the interest of full disclosure, however, I feel I must report that despite using the Osmium for a full month now or so, I’ve still yet to develop the kind of automatic, natural rapport with its Cherry MX Reds. I found my typing speed to not only have slowed around ten percent, but also a good bit less accurate compared to my usual standards (I average around 89 words per minute with 0 errors with my daily driver keyboard; with the Osmium and its MX Reds, I slowed to around 81 wpms and an atrocious 4 errors on average).

I am confident that this has absolutely nothing to do with the Osmium’s design or layout, but everything to do with the type of key switches underneath the keycaps. The MX Blue switch has both a tactile and audible click with every key press, and I have gotten dependent on that tactile click as far as knowing just how far my fingers have to travel on each press of the keys. The Reds are completely free of any kind of feedback of that type – the only way you know you’ve pressed hard enough is when the key bottoms out when you hit it – and this is something I simply am having problems adjusting to as far as maintaining both my touch typing speed and accuracy. 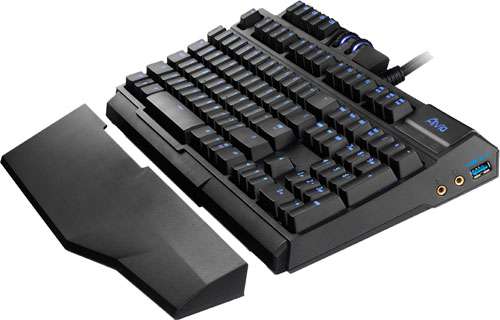 It’s all about what you’re used to. If the Osmium is your first ever mechanical keyboard, there’s an excellent chance you would develop a liking for its very low key actuation force.

Having said all that about mechanical keyboards’ key switch types, there is so much to like about the Osmium. The styling might be a little over-the-top, with its non-symmetrical angular wrist rest and the scroll wheels at the top edge, but it’s not inappropriate given that most “gamer gear” on the market is styled to catch your eye. The backlighting, too, is a nod to gamers. I personally don’t care for it, but the Osmium is brilliant in that you can turn it down or turn it off if you don’t want or need it. The GHOST software is useful really only if you’re the type of gamer/user who wants to create and use macros; otherwise, you can get away with not downloading and installing it and still be able to use most of what the Osmium has to offer.

My final comment has to do with the Osmium’s build quality. In all seriousness, this particular aspect of the keyboard is the one that leaves the best impression. The $129.99 you shell out for one might seem a bit extravagant, but I don’t agree at all. I cannot, for the life of me, think of any computer component of any category that makes me feel that it is indestructible the way the Osmium does. While I will never do anything daft to put this quality to the test – you won’t see me drop this plank from a ten-story building just to see if it will survive, for instance – under normal usage conditions it will never let you down. Sure, key caps may pop out on impact, but they’re designed to be removable. The Osmium will likely survive anything even the most violent PC gamer in full-on rage-quit mode can ever muster. Whatever the Osmium hits, though, once it’s been thrown by an angry gamer, may not.

Note: This review was originally published without an Editor’s Choice award, which was an error.