Page 4 – A Look at the Software: App Center

Until just a couple of years ago, it seemed that motherboard vendors would have loved to do anything other can craft quality software. In fact, it’s really only been ASUS that has left us impressed, with its feature-rich and easy-to-use AiSuite package (which, as we discovered a couple of months ago, still kicks some serious ass).

Where GIGABYTE is concerned, its software options have left me largely unimpressed up until this Z87 generation. Well, much like its EFI this generation, GIGABYTE has put the effort forth to give its users a worthwhile pairing of software as well.

The first thing anyone with a GIGABYTE Z87 board will want to do is install “App Center”, GIGABYTE’s all-encompassing software suite, pictured below:

From here, the first stop would be “Live Update”, which will load up an app chooser screen. After selecting what you want, click “Install” and watch the magic happen: 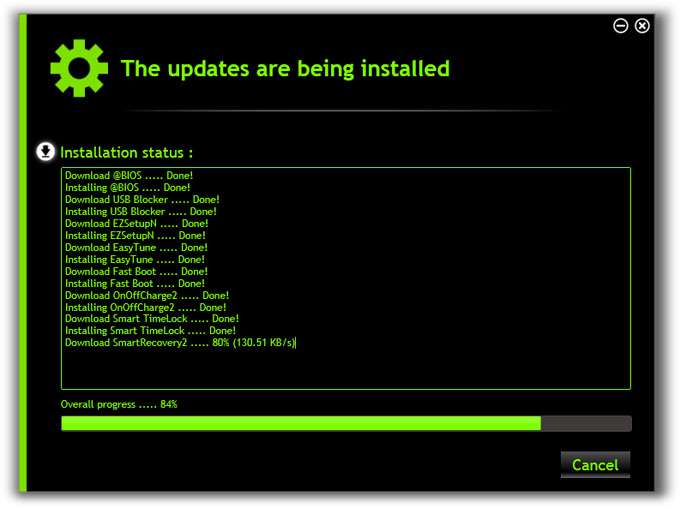 This app will take care of every driver your motherboard requires, along with all of the software that can be used inside of App Center. Alternatively, you could download each component separately off of GIGABYTE’s support site, or install it off of the DVD-ROM, but this is by far the easiest way to get going quickly, and with as up-to-date software as GIGABYTE offers.

Admittedly, GIGABYTE’s take on this all-in-one software suite isn’t as elegant as ASUS’ – not even close. Apps don’t load inside of the main suite, for example, but rather as individual windows. And past that, nothing here strikes me as all too interesting, or too self-explanatory. One interesting feature, though, is one I’ve discussed before: USB Blocker. With it, you’re able to restrict certain types of USB devices from being plugged in – useful if you don’t want anyone to plug in a USB stick and take off with some info (and yes, it’s locked behind password protection). 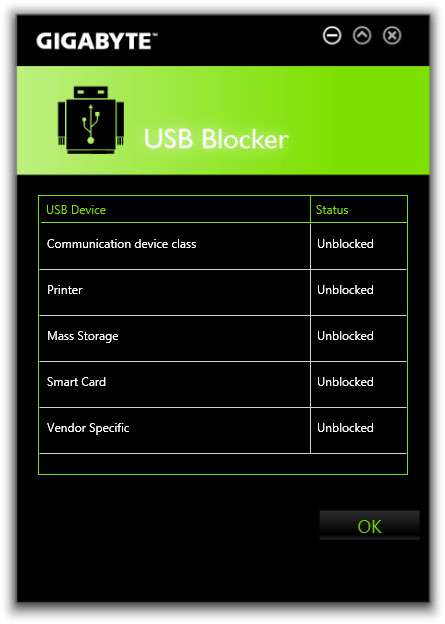 The real highlight of GIGABYTE’s Z87 software suite is the latest version of EasyTune, which ties into Intel’s “Management Engine Interface”, allowing a good deal of interaction with the motherboard’s knobs and switches. 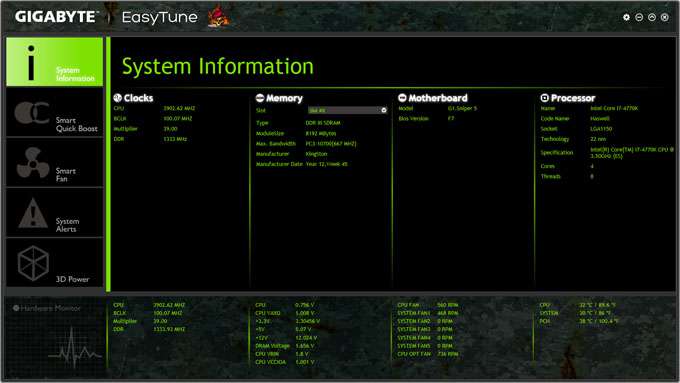 This is an even bigger aesthetics upgrade than the EFI experienced! Don’t remember the last version of EasyTune? Take a look. Sheesh – this is like going from Windows 98 to Windows 8 in one fell swoop.

Attractiveness aside, the latest EasyTune does in fact make tuning easy, with everything laid-out in a pretty common-sense way. I am personally not sure I like the massiveness of the application though, which is mostly made that way because of GIGABYTE’s choice to use some equally massive fonts in some places. While the app might scale, it ran at 1600×900 on my 1080p display – it takes up quite a bit of real-estate, unlike ASUS’ AiSuite III. This is a minor complaint overall though, because again, the app is easy-to-use, and that’s what truly matters.

Want a hands-off overclock? Then QuickBoost is for you. Here, you can automatically overclock your CPU to varying levels, or underclock if you’re looking to save power. If you want the board to find your most “stable” overclock, you can hit the “Auto Tuning” option. Overall, simple stuff that we’ve come to expect, but as we can see a 4.50GHz overclocked option in this list, it’s nice to see GIGABYTE isn’t being too conservative. Of course, if you want to push your hardware further, you certainly can in the “Advanced” menu. 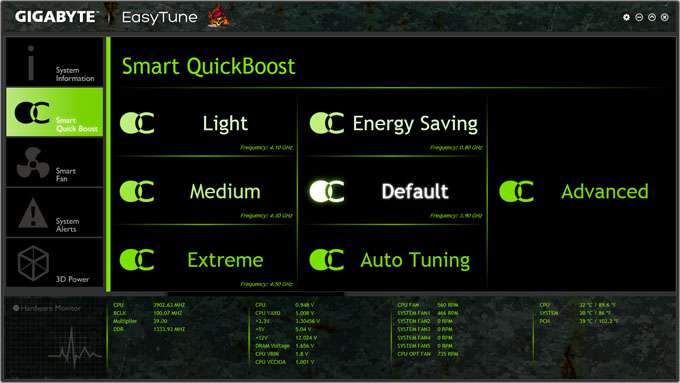 An example of that menu can be seen here: 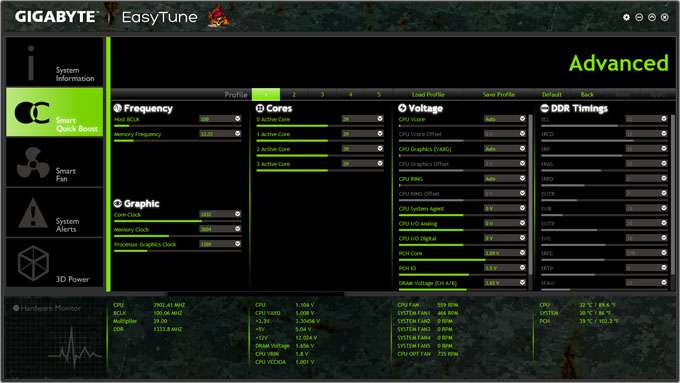 I am very impressed overall with what GIGABYTE has done with EasyTune here, and I can’t help but feel that EasyTune should essentially be what ASUS’ AiSuite is – get rid of the other stand-alone applets, and integrate them right into EasyTune (USB Boost, USB Blocker, et cetera). For most people, I’d imagine that EasyTune is going to be enough, so App Center might really not even prove that useful to many.

Whatever my thoughts, the proof is in the pudding here… GIGABYTE has been hard at work, and it’s certainly paid-off.