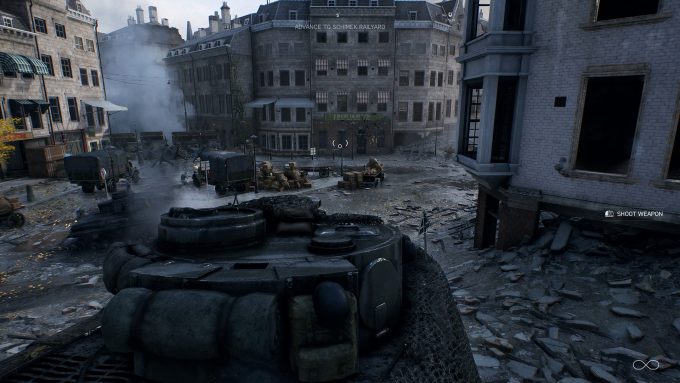 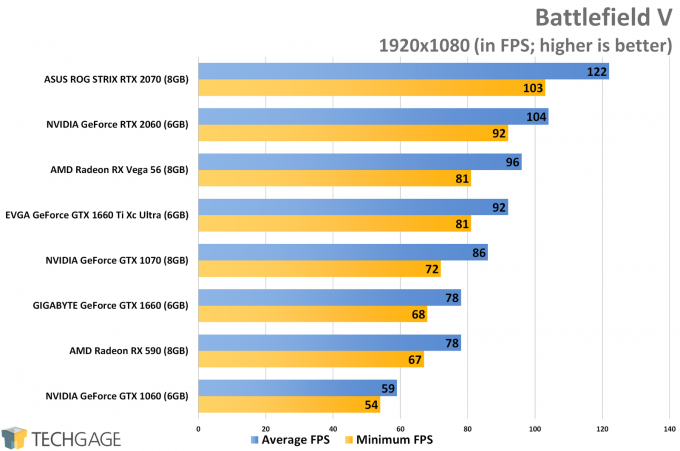 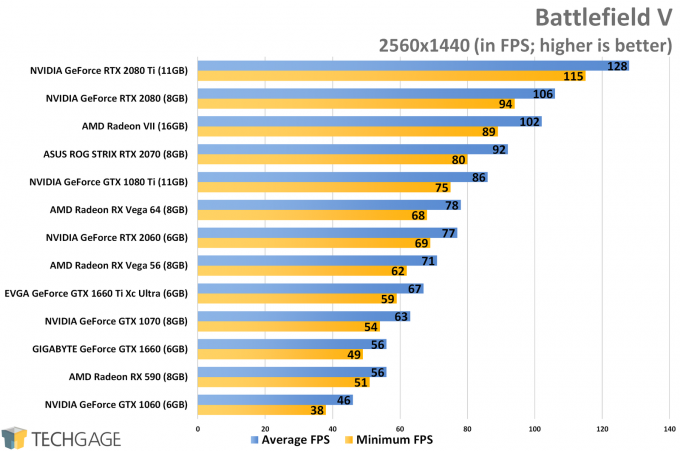 Battlefield V kicks things off with results close to equal between the RX 590 and GTX 1660. The Radeon card managed to score an extra two frames on the minimum at 1440p, but that’s not enough to set the cards apart. The 1660 Ti, meanwhile, performs better than we even expected against the 1660. The last-gen GTX 1070 remains safe against the 1660. 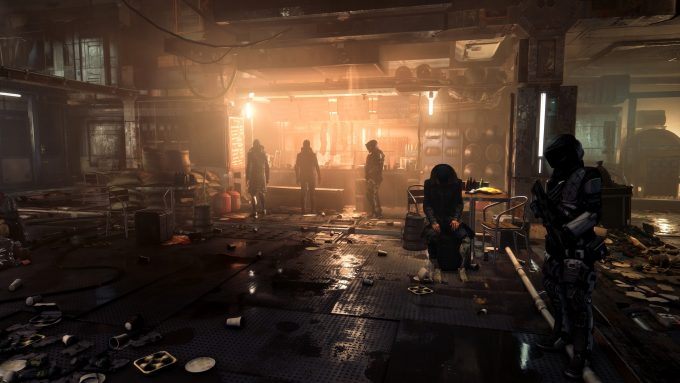 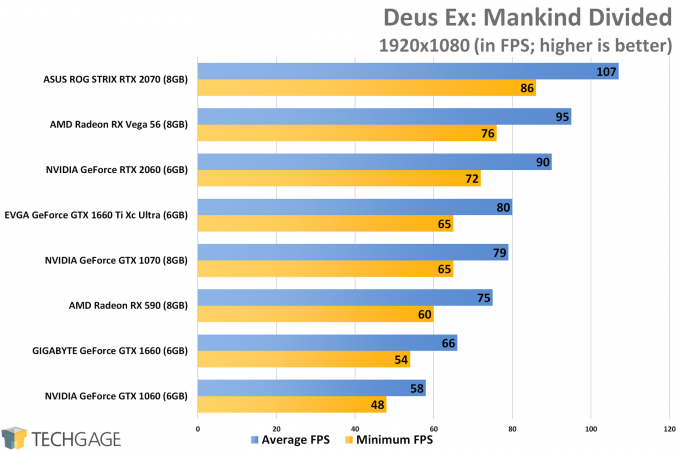 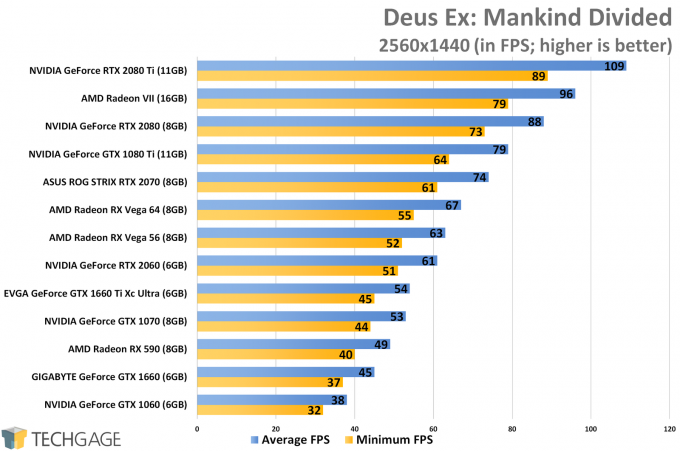 AMD’s Radeon RX 590 strikes hard in Deus Ex, placing comfortably ahead of NVIDIA’s new GTX 1660. That’s fair enough since the RX 590 retails for more, but if that card were to drop to GTX 1660 levels, the competition would be fierce. Once again, the 1660 beats out the last-gen GTX 1060, though not to as notable a degree as we saw with BF V. 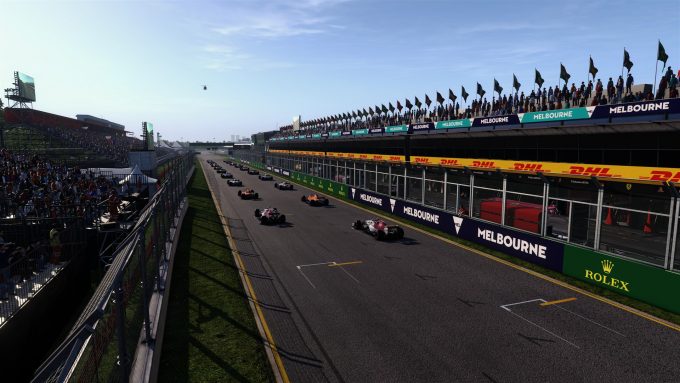 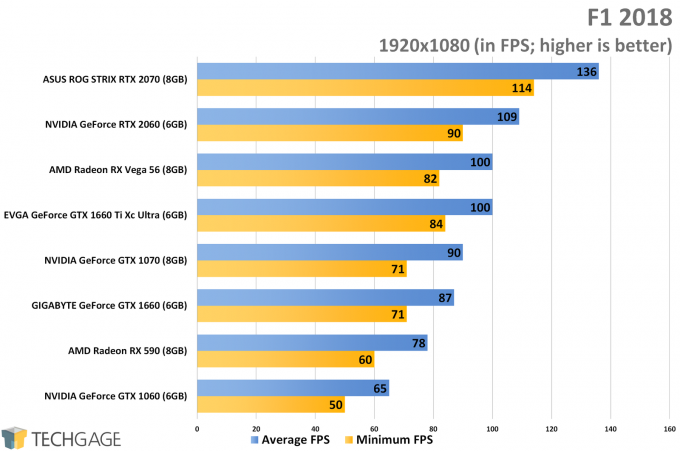 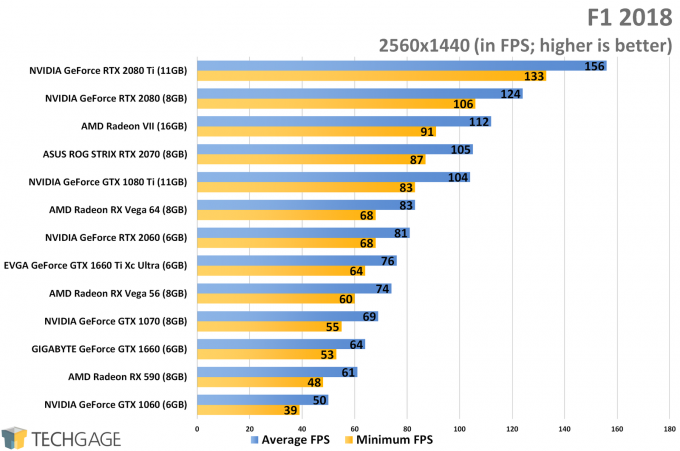 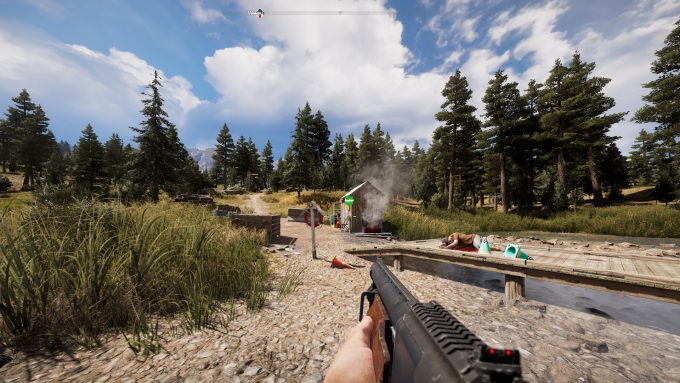 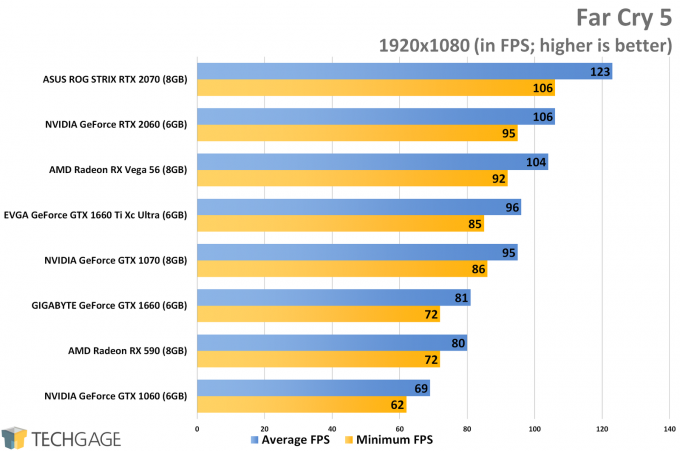 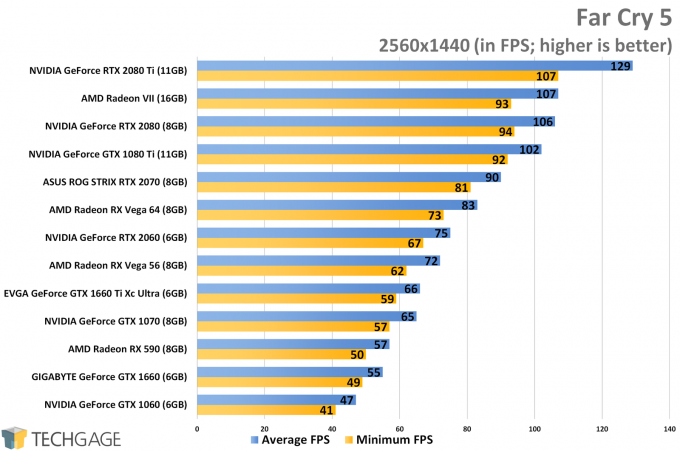 Wrapping up our first page of tests, the RX 590 and GTX 1660 are once again neck and neck in Far Cry 5, with both delivering suitable enough performance at both resolutions. If the 55~57 FPS at 1440p isn’t satisfactory enough, there are myriad options that can be dropped to make a notable difference, quickly.