To test for power consumption, a Kill-A-Watt that the PC itself is plugged into is used for monitoring a Far Cry 5 4K benchmark run. Admittedly, we don’t have the best methods for power testing, and would love to improve them in the future, but for now, we use what we have, and that’s our eyeballs. Over the course of the one-minute benchmark, a rough average is pulled.

Yet again, the scaling seen here matches what our assumptions would be. The GTX 1660 sits comfortably behind the 1660 Ti (which is pre-overclocked, for the record). The 1660 is faster than the GTX 1060, and that comes at the modest expense of increased power. Though “modest” might not be modest enough of a word in context, since the RX 590 draws a very notable 111W more than the GTX 1660.

We’ve been juggling a bunch of workstation-related benchmarking recently, and not to mention updating some of our tests, so we didn’t dedicate as much time as we would have liked to this card. Funny enough, NVIDIA’s upcoming GTC is one of the reasons we’re scrambling, so if we can say one thing for sure: NVIDIA is keeping us busy lately.

Fortunately, the GTX 1660 is not a difficult product to draw up a conclusion on. The facts are easily seen in the performance results. In most cases, the GTX 1660 equals the RX 590, and in other tests, the strengths swap. Overall, though, NVIDIA’s new card came out ahead. That’s especially true if you care about power consumption. Some variation in power isn’t really notable, but it’s hard to ignore a 111W disadvantage for the RX 590. Assuming 10 cent KWh rates, and two hours of gaming each day, you’d be paying $72 more in power each year over the GTX 1660, on a product that costs under $300. 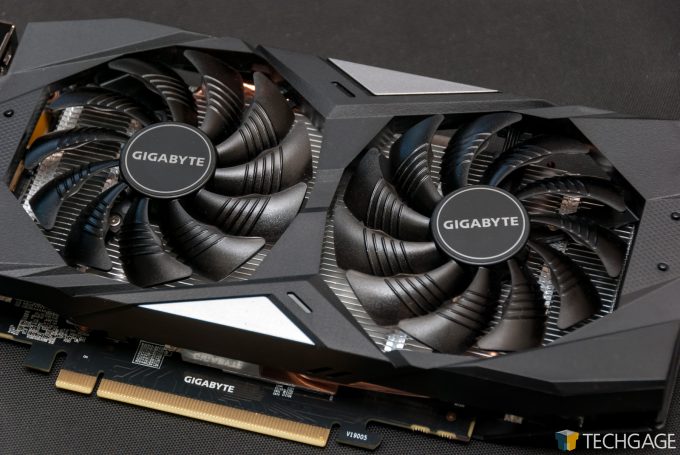 Obviously, things don’t look hot for Radeon here, but the company remains confident in its offerings. The RX 590 isn’t a bad card; it’s just not able to secure itself ahead of the GTX 1660 in the performance game. To AMD’s benefit, the company currently has a great deal going on right now to award two games to anyone who purchases an RX 590. The three games these two can be chosen from are Resident Evil 2, Tom Clancy’s The Division 2, and Devil May Cry 5. 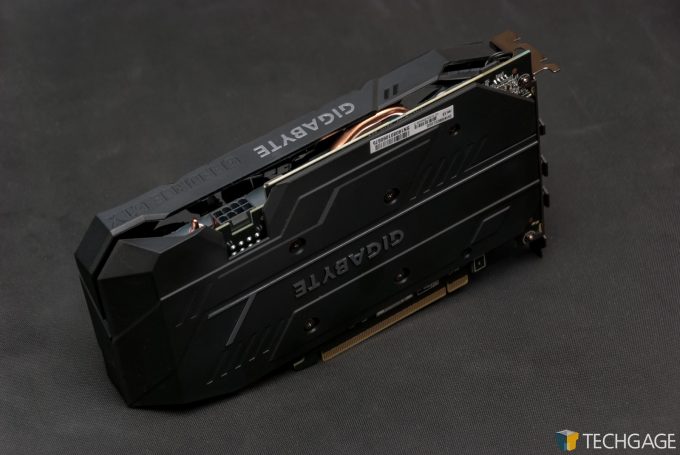 You actually have to feel bad for AMD right now, because NVIDIA is going for its throat. The RX 590 was a solid deal when it released. We recommended it without reservation. Then the 1660 Ti came out, and it became the clear winner. And now, we have the non-Ti card, which manages to at least match the RX 590’s performance, but for $60 less (SRP). It’s worthy to note that the RX 590 has 2GB more VRAM, but we’d argue that most people are not going to be limited by 6GB with this card’s intended resolution of 1080p.

AMD arguably used to own the mid-range market with its Polaris cards, but with RTX fully launched, NVIDIA saw now as a great time to let Turing prove to the rest of the world what it’s made of. The GTX 1660 is a lot of GPU for $219, both for high-quality 1080p gaming, and light 1440p gaming.